Whenever I drive home, I will always take a short cut through Section 17. Yesterday, I decided to stop by to check out their Ramadan offerings. The bazaar is not as big as the one in Section 14 but offers slightly different items. When I was there, I saw some reporters interviewing the stall owners so I guess the bazaar will appear in one of the dailies today or in the near future.

This part of Section 17 is quite near the farmer's market held in the morning and is popular with the students from the nearby International Islamic University who have hostels around this road. You get the usual ayam percik, ikan bakar, popiah, drinks, nasi kerabu, nasi dagang stalls here but I thought I will feature some unusual items I found at the bazaar like this honey sea coconut that advertises a drink made from it. I have never seen the coconut before as usually the ones we get from the market is all cut up. The fruit is known for it's cooling properties and you can use it to make drinks and desserts. Lilian of Malaysia Best has a recipe for a sea coconut and honey dates dessert which shows what the sea coconut looks like once it is cut up. 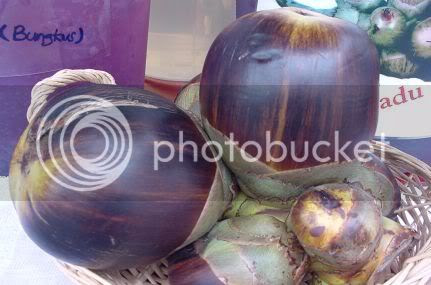 There was this stall selling different kinds of dates that is used to break fast with. What caught my eye was these young dates which you so rarely see as usually you only get the dried ones. 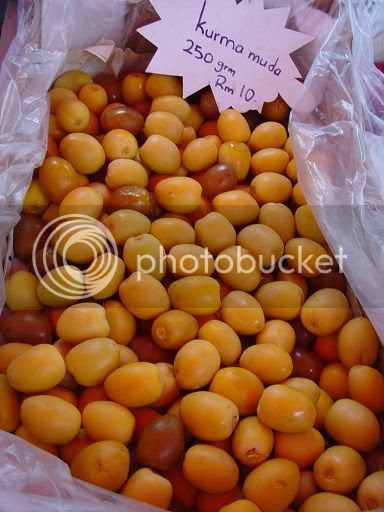 This is also another variety of young dates in addition to the yellow ones. 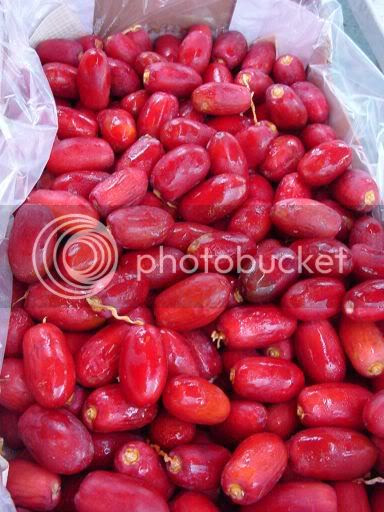 These are the dates that people usually get and the best ones to eat when you break fast are the softer ones. 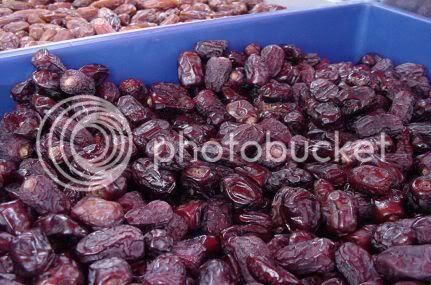 As I was quite early, I saw them making the items for sale like this Murtabak. Basically a stuffed roti canai, the skin can be quite crispy and thin depending on the skill of the person making it. Although it is usually stuffed with minced mutton, this particular murtabak has a sardine and onion stuffing. 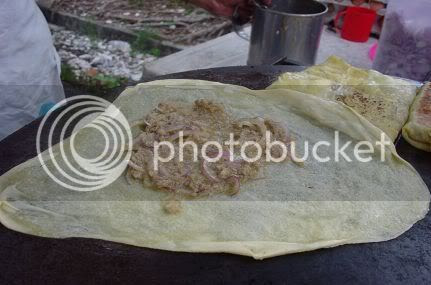 Although I saw Roti John being sold in Section 14, this particular one is slightly different as it does not have any meat. I did some checking on the net and it seems the original Roti John from Shukor Stall, Singapore used to be just a french loaf bread fried with eggs and onions. It is only later, minced mutton was added. 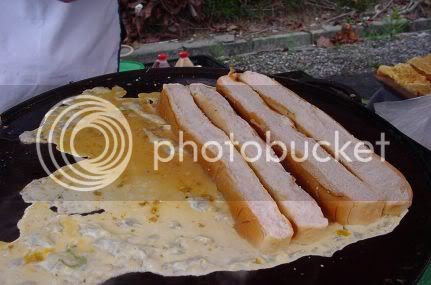 This version is lighter and only has egg, vegetables, black pepper sauce and a dash of sweet chilli sauce on top of it. 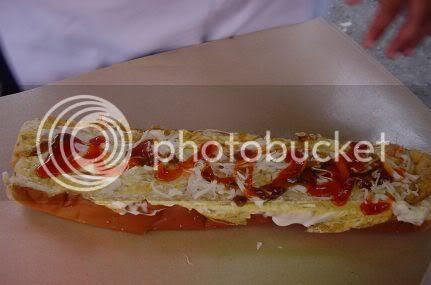 I am not sure what kuih is this but it is so pretty with it's bright green and white tops that I had to take a picture of it. *Updated: This kuih is called Kuih Seri Ayu.* 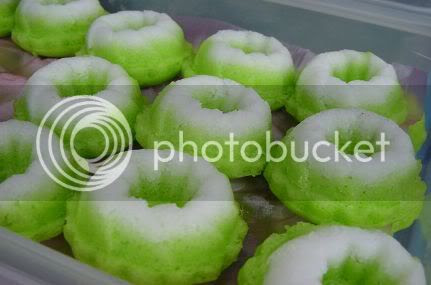 This is something I rarely see and the stall owner told me it is called Kuih Cara that is made from a flour mixture and sprinkled with minced meat, fried shallots, chopped chillies and coriander. 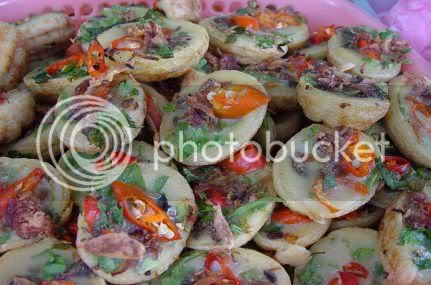 Ramadan Bazaar
Section 17, Petaling Jaya
Jalan 17/1A (In front of the flats and is near the main road that joins the Rothmans roundabout to the Sultan Ahmad Shah School roundabout)
They start cooking and setting up at 4 p.m. onwards until 7 p.m.

these things are making me hungry.. woooo.

Beautiful collection. If u got time within this month hope u can cover the other part such as Shah Alam or KL

KY - your kedah laksa post had my mouth watering too.

Wah..didnt know got such bazaar during Ramadan. So u (or splashie boy) actually took the camera to Sec 14 and Sec 17 and shoot all these? hehe.. ppl might think u're tourists or something!

boo - LOL. By the end of Ramadhan, you will need new wardrobe! Thanks for the red dates pic. Never seen them. And the kueh charas (that's how I call it, not sure if it is right) here are filled with white sugar syrup instead. Two pieces sells for 40 sen.

jess - no idea what people think since I don't look like a tourist?

wingz - visit the bazaars later today, I am sure they have great food.

Lilian - Yeah, I should buy those salwar kameezs! Interesting way for the kuih charas, I think there are lots of variations of them.

What a feast for the eyes!

nupur - Yes it is, I am taking an opportunity to document it this year around as it is so fun looking at the different varieties.