After reading Robyn's write-up on Dong Bei, we were all eager to try the Northern China food so a trip was made to the restaurant last weekend. We were not dissapointed as the food was fantastic. On the names of each dish, I hope I got them right as because I can't read Mandarin, I got my mother to translate the receipt. I messed up some pictures too so Shiewie was very kind to let me have her set of pictures (Thanks Shiewie!) so I will be able to present all the dishes we had.
First off, was this dish of fish slices with red chillies (Yee Heong Yoke Siew in Chinese). There is a different description by Robyn but I thought they tasted more like fish shreds rather than meat so I am still in the dark on what it really is. Whatever it is, it is excellent and was the first dish that arrived on our table which we all tucked in. 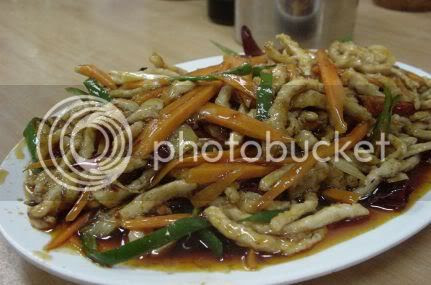 I love this salad, with the crunchy coriander, spring onion, green pepper and chillies salad. It has a pretty strange name as it is called Loh Foo Choy (which means Tiger's vegetables) in the receipt I have. Don't see any tigers lurking in that dish but who cares as the vegetables were excellent. 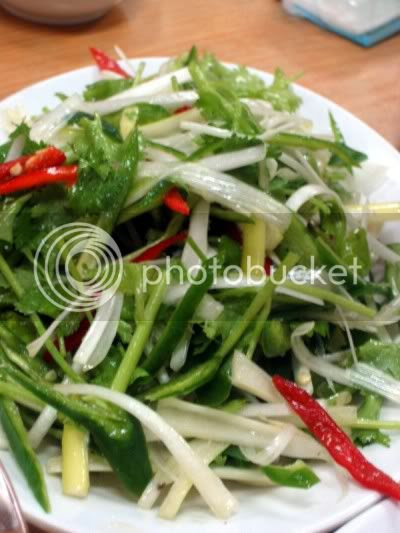 This is cucumber slices tossed in a sweet and sour sauce laced with chillies. Crunchy and flavoursome dish that was served cold. 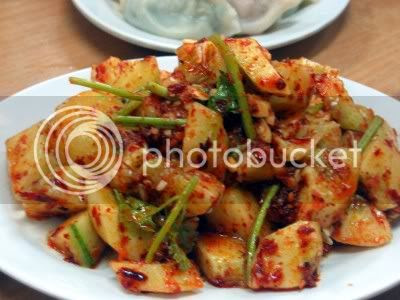 These bean sprouts are tossed in some old vinegar that made them slightly sourish but not too much. Great way to eat bean sprouts as it adds a subtle flavour. 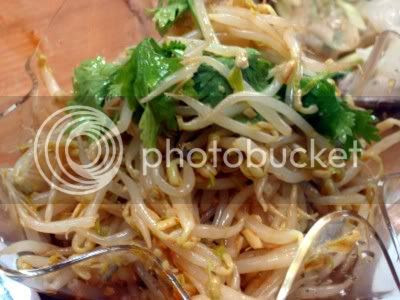 I liked this Lamb Leg (Yeong Toi in Chinese) dish that had chunks of lamb, carrots and onions dry fried with spices. 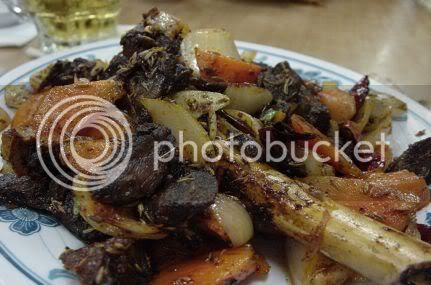 You must eat Xiao Jiaozi (Little Dumplings in Chinese) when you are here, we ordered two varieties; a meat stuffed one and a vegetarian one with chinese chives and scrambled egg. These dumplings hold a special meaning in my heart as my aunt in Hong Kong will always make them whenever we visit as she is from Northern China. This was smoked tofu fried with chilli which was also good. The smoked tofu was quite unusual as I have not seen them in that shape before. 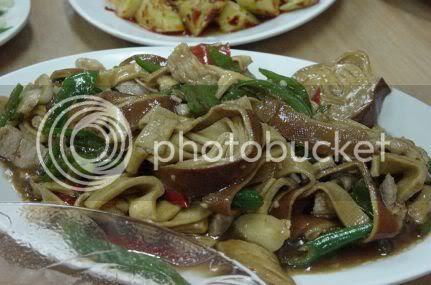 We also ordered the Lai Pi, the pulled mung bean threads tossed in a sauce of sesame paste, chilli oil, a touch of vinegar and coriander which came with a sprinkling of dried meat shreds. Lovely cold dish that went well with all the other dishes. 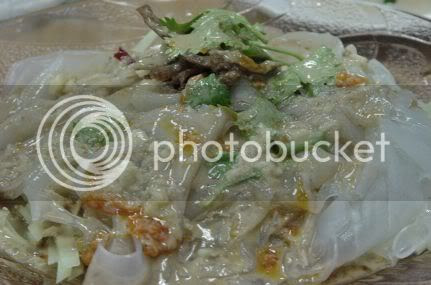 The people are Dong Bei are also cat lovers as we spied two of them wandering around but this fella was so cute as he was sleeping the night away on top of the Astro (satellite television) decoder next to the cash register that we took pictures of it. 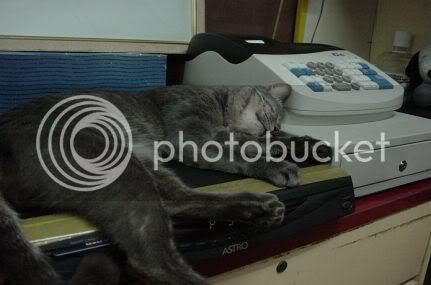 As it was the weekend, there were quite a few tables occupied and it looks like it was also a popular hangout for the local orchestra's musicians as there were two tables of them when we were there. Do pop into this place when you are in Pudu or if you hanker something different from the usual Chinese cuisine, drive all the way there, you won't be dissapointed. If you don't read Mandarin, you can survive with the picture menu.
Dongbei Restoran
Along Jalan Changkat Thambi Dollah
(corner shop in between the two Teochew Porridge restaurants)
Off Jalan Pudu.
Tel: 03 - 2148 7694
*Disclaimer: The opinions expressed here is entirely based on my personal tastebuds and may vary for others. The reviewer also declares that she has not received any monetary or non-monetary compensation from the restaurant for writing this review.
Posted by boo_licious at 9:45 AM

As always, it looks yummy! Hey, you guys do so many makan sessions! Do drop me a line if you don't mind extra company! Would love to meet all of you!

Boo, wow, the tofu is really interesting. I thought it was a pork belly dish...

OMG, never thought there's a blog about makan-makan. nice blog tho and keep it "makaning" :).

sue&eternity - not many makan sessions. Just greed after we saw those yummy Dong Bei pixs.

rabbit - the tofu had an interesting taste too. Took us a while to figure what it was too.

Ah when can I cook like this? I tried muffins but turned out looking like cup cakes :(

shagen - LOL! maybe your muffins want to grow up to be cupcakes?

babe - hope you will try it. It has a lot of chillies and you may find it a bit different from our normal Chinese cuisine in Malaysia.