Here's the round-up for the weekend, keep those entries coming in and I'll update accordingly as and when. You can also leave your link in the comment boxes - Blogger on the right and Haloscan on the left for the non-Blogger registered. Alternatively, you can also drop me an email at boo_liciouskl@yahoo.com: 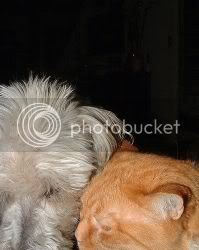 Seek some comfort with Henry and Spike at Watermark. They look super adorable together. 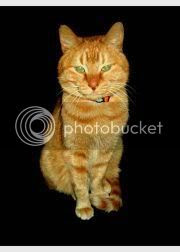 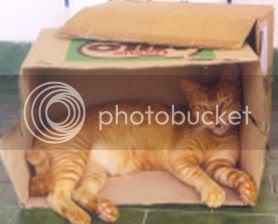 Such sad news which I only found out today - Scoop from Katz Tales passed away. I've grown to love the stories about his antics with his kitty pal Au that is published in our local paper. Do drop by and say words of comfort to his owner, Ellen. I'm sure Scoop is meowing loudly, snuggling in cardboard boxes and chasing birds up in Kitty Heaven.

Join Samantha and Tigger from Life From A Cat's Perspective as they have a lazy Friday afternoon staking their claim on their possessions. 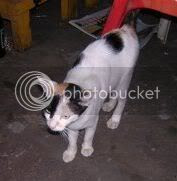 The poor stray kitty at Very SEDAP!!! looks for food. She looks like a sweet calico stray cat I feed.

Kitchenmage shares with us the mighty Missouri Bow-Tie pictures on top of his "Dell" throne. He's Farmgirl's virtual cat which Kitchenmage has threatened to eat numerous times. I think he's adorable even though he does not look amused in the picture. 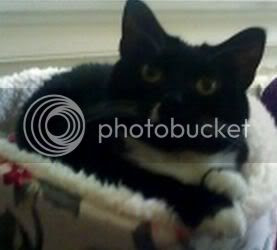 Boni Maroni from House of the (Mostly) Black Cats wonders why camera phones have invaded her peace. 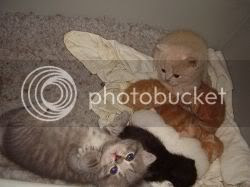 There's adorable kittens - two batches at The World According to Pia who're learning to get along but driving Pia up the wall by not following house rules. Such adorable balls of fluff. 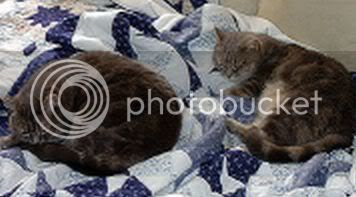 Kashim and Othello have a lazy Caturday snuggling up on Astrid's bed over at The Catboys Realm. 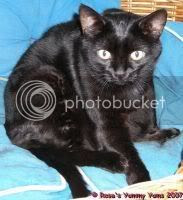 Maruschka who looks as sleek as ever from Rosa's Yummy Yums is enjoying the colder weather. 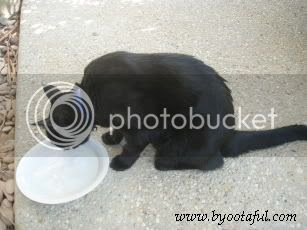 G'day to Katie and Puddy from A Bytootaful Life. Poor Puddy is suffering from the heat but she's found a lovely patch of dirt to keep cool and has a lovely Mummy who's giving her ice cubes in her water. 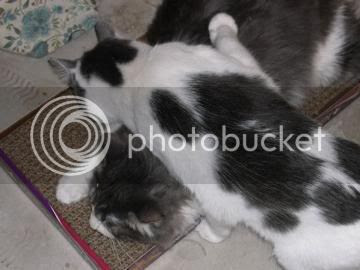 iMeowza relates to us about the catnip fight with Bazel - lots of nice talking and wrestling techniques involved. 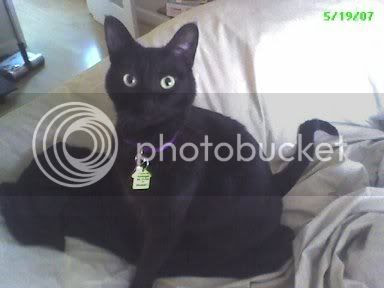 Luna from catsynth.com is enjoying the laundry while Amar is away in New York.

Gir from Life in the Country joins us for the first time so G'day to Snosked and Gir. See how dainty Gir's paws are hence the nickname "Dainty Foots". 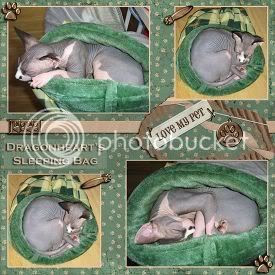 Visit Dragonheart's Domain where Dragonheart is feeling under the weather. Get well soon, Dragonheart.

What a lovely cat and dog couple! Thanks for visiting us, and yes, I'm sure that if there's a heaven, Scoop will be demanding entry at the door with a loud MEOW!

Here's our link for WCB #121. Tigger and I were having a lazy day. Thanks for hosting this week.
http://jcfloresinc.blogspot.com/2007/09/lazy-friday-with-sam-tig.html
Your FL furiends,

katztales - I've added you in to WCB and I'm sure Scoop is enjoying himself a lot in Kitty Heaven.

Samantha and Tigger - Thxs for joining us. It's nice to take possesion of things you love but it's even better if you share esp the chair as you can snuggle better with yr mummy.

'ssouri (aka Farmgirl's virtualCat) has staked out a throne for himself in the madness at the mage's place.

Thanks for hosting boo!
We hope you have a great weekend!
purrrrs and snuggles from Kashim & Othello

Thanks for hosting this week's WCB!

Here, the cats have been very brave, but Maruschka still has her glooming laser eyes and acid stare:
http://rosas-yummy-yums.blogspot.com/2007/09/weekend-cat-blogging-121.html

Have a nice weekend!

While you guys have nice colder weather, it's just getting hot in Australia! Puddy is turning from black to grey because she keeps rolling in the dirt patch in the garden because it keeps her nice and cool. Here is our linkie:
http://www.byootaful.com/?p=1194

Thanks for hosting this weekend, we're looking forward to the round-up!

Hi there, thanks for hosting.
Here is our entry.

Thank you for hosting this week! :)