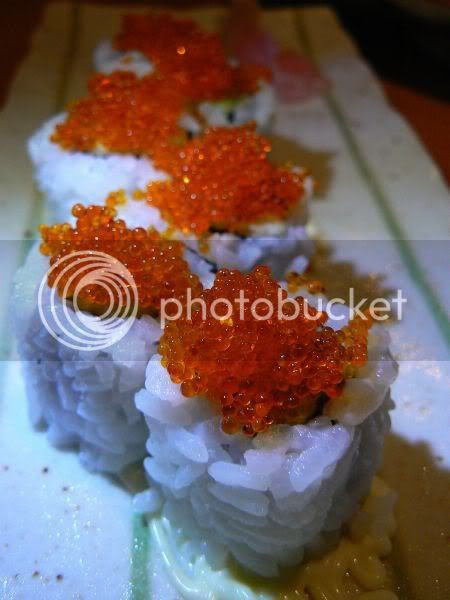 When it comes to Japanese food, I seem to be overdosing on it these past few weeks. In fact there was one day I even ended up having it for lunch and dinner. What was interesting about those two meals were the contrast in price of the menu items, ambience and the number of Japanese diners within the two restaurants. In Malaysia, I notice two types of Japanese restaurants - those which are frequented by Japanese expatriates and those who are just mainly Malaysian diners. Certain invisible rules seem to be evident: for instance you won't ever catch a Japanese diner at an all-you-can-eat buffet lunch or dinner serving Japanese food. Most surprisingly, the Japanese diner is happier at a simple place serving down to earth Japanese food with free flow of sake versus a posh place. 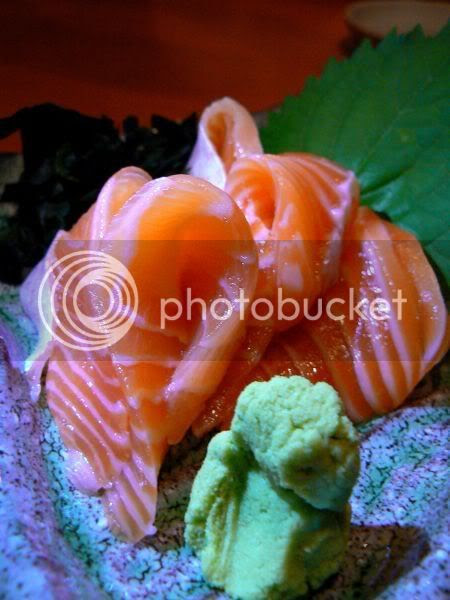 One of the restaurants which seem to be able to cater to the two varying tastes has been the highly popular Rakuzen. Like all Japanese restaurants in Kuala Lumpur, they boast of a number of branches (Subang Jaya, Chulan Square, Hartamas Shopping Centre) and also related restaurants like Zen at Sunway Pyramid and Sushi Zanmai at Sunway Pyramid which caters for a different budget. Their latest dining outlet is Kura located within the confines of the One World Hotel. With modern interiors that look similar to the other outlets - they have booths with lots of privacy and call buttons for you to hail a wait staff to top up your ocha. 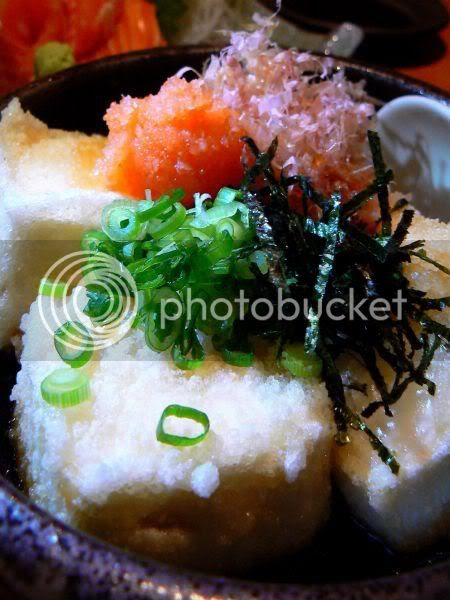 There seems to be a bug of Japanese food fever around and even my mother who just came back from Beijing has caught it. Although, she went through a few Japanese meals in Beijing, this did not diminish her need to have more when she reached Kuala Lumpur. Located at the first floor of the hotel, the restaurant can also be accessed by a walkway vide the 1 Utama Shopping Mall. Parking at the hotel was relatively easier than the mall probably because prices were exhorbitant versus the flat rate of RM1 next door. 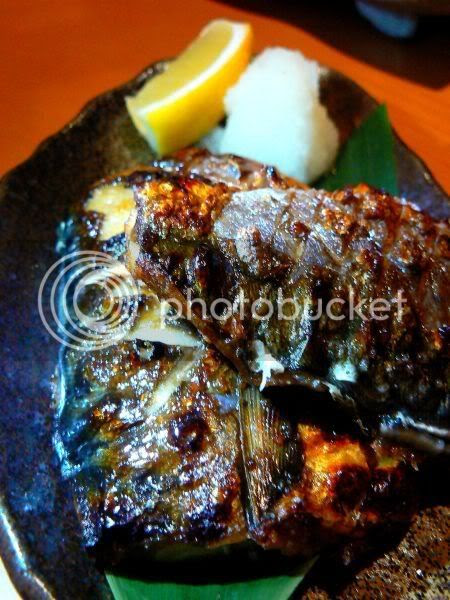 As usual, we ordered a variety of dishes to share among us. They're mainly old favourites which we tend to order all the time like the Salmon Sashimi and Saba Shioyaki. Thumbs up to the grilled mackerel fish. It was so sweet and juicy with a squeeze of the lemon and the grated white radish on the side. Although the Salmon Sashimi had a melt in the mouth texture, I felt the pieces were sliced too thinly. 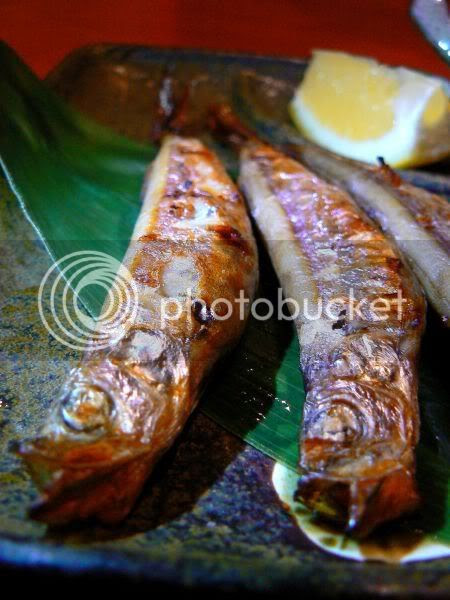 We went for an all fish meal that night as the beef and chicken dishes within the menu weren't too exciting. Shishamo Fish was good stuff and decadent with lots of eggs within the crispy fish. Since there was not much choice for tofu dishes, we went for the Agedashi Tofu. It came in huge pieces and sprinkled with lots of shredded nori and bonito flakes. We also had a Dobin Mushi Soup served in a teapot. I loved the light and aromatic soup with just a tinge of lime juice squeezed in it. Once you finish the soup, look within the teapot for seafood goodies, mushroom and gingko nut. 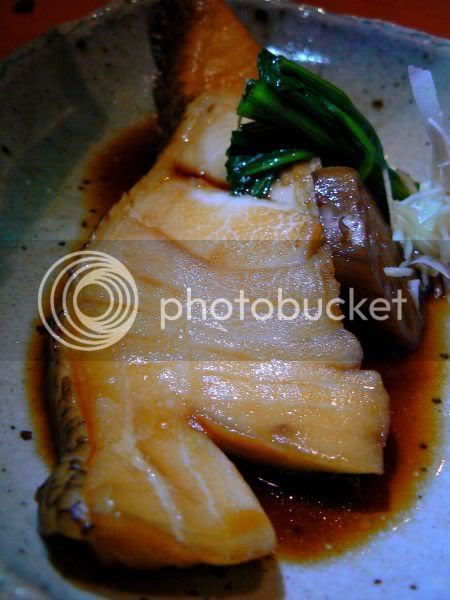 Wanting to be different, we tried their Dragon Tempura Roll. I expected the roll to be dipped in batter and fried just like tempura hence I was surprised about it's appearance. Seems the tempura bits were placed within the maki instead and topped with flying fish roe (tobiko). I didn't like the texture of the maki though as I couldn't taste the crispy tempura bits and the combination of items felt bland. We also ordered a simmered cod fish dish to keep to the "fishy" meal theme that night. Although the cod fish had a lovely texture minus any pesky bones, it was a bit too sweet for my liking from the sauce made from dashi, soy sauce, mirin and sake.

Dinner came up to around RM177 for the dishes we ordered. It wasn't a lot for the three of us but then it was just the right amount to satisfy our tummies. Pictures were taken in quite a dark environment but luckily I had additional lighting from Splashie Boy's mobile phone. Overall, I felt the food wasn't too exciting as it felt like a rehash of the Rakuzen menu. Although the cod fish (gindara) was a much pricier item, the taste of the Saba Shioyaki at a much cheaper price was better. Maybe I should have stuck to my old favourites like their Chirashi Sushi instead. Even though it does not excite me, it does make a good stop over when you crave for Japanese food especially after a bout of shopping at the mall.

(Pork Free. Open for lunch and dinner during weekdays. For weekends, it is open from noon to 11pm)

All FISH...one word, NICE:)
I heard about this new Jap restaurant on my recent trip back to KL for Merdeka and was wondering how it was...thanks for the review!
It's pricey...but seems that you enjoyed the fishy meal:)

Boo,
I'm not a big fan of sashimi. Never into raw fish that much except on Yee Sang.
I remember on my first date with my ex-bf, an Australian and he ordered a full plate of sashimi just for me. Too bad I only ate one or two and he ended up chowing down the whole plate by himself. ;D

Planned to visit Kura few weeks ago cus I have a RM10 discount voucher here. Haven't made my way there yet but the food doesn't sound promising huh?

The pricing seems to be standard for these "posh" Japanese restaurants. I prefer cheap and cheerful myself. I am still mourning the death of my favourite c&c hangout Dontaku. Sniff...

wow... another restaurant under the group ~ ^_^

RM177 is that reasonable pricing for 3 ppl in a Jap place usually?

Love the fish theme- filled with omega 3! hehe.. having said that, the salmon certainly made me sit up! You did a good job with the pictures too.I'm still trying to get around mine looking too dark or yellow =(

Tak panggil pun! :-P Hey the food looks delicious, but I'd probably not put it on my priority list. I'd give anything to have that sashimi right now tho. Good job, JFKA Secretary. :-P

Japanese food has come a long way... in asia.. ;)since i last ate in asia.. that's a good 7 yrs. And yer never catch my mom eating japanese food.. hahhaha!! she is too conservative where food is concerned.
I can't wait to get some good jap food when i come home. Oh .. btw.. cod fish is really cheap here.

Christy - it's not as pricey compared to say Zipangu and the other places but definitely much more than the kaiten places.

BBO - we didn't get a view though as we sat in a private booth!

cat cat - never mind stick to the cooked fish then and you can let me have the sashimi which I love.

xiu long bao - wow, you have a voucher! Better go and not waste it. Is this from Rakuzen that day?

Paprika - I'm pretty lucky as I have cheap and cheerful Jap food all around me. Yup, I'm so sad Sapporo and Dontaku seem to have dissapeared already.

Meiyen - we didn't order anything fancy though. Prices slightly higher than Rakuzen.

daphne - combo of white light as the booth was so dark!

LL - LOL, u want to join family dinner also? yr list of places is getting longer and longer. Never mind, will help u review them.

christine leng - ah, good place to go if bored with 1U food.

mamabok - Ah, Canada cod fish is very good. I once ate loads of it when I was in Canada - we loved the Japanese restaurants there as it's so much cheaper compared to here.

BNO, in order to get the view.... you need to be sitted in the so calleed dungune....lol

they are offering set lunch at rm 25 to rm 35..quite a good deal

BBO - yeah, I notice from the highway but we booked so we got the booth.

Kampungboycitygal - the prices for their lunches are slightly higher than Rakuzen though but it's the same stuff.