I have been eating oodles of noodles lately which I thought I will share with all of you. First off, is something from the KLCC Signatures Food Court on Level 2. Something I stumbled upon when my friend, Ms. P asked me to order her lunch from the Ipoh Noodles outlet - this simply yummy Curry Chicken Hor Fun. It is so nice, I had it twice this week! 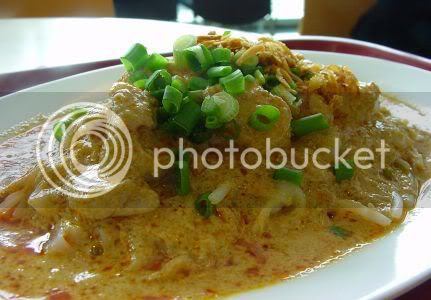 The Ipoh Noodles outlet seems to be super popular with quite a lot of people as there is always a queue there. I love the couple who run the stall as the lady is so meticulous in adding all the ingredients to the individual portions. First, the Malay helper will cook the hor fun (Chinese for rice noodle) in hot water, then she drains it and places it on the white plate. The lady will then sprinkle a dash of thick black soya sauce and a bit of oil on top of it and some blanched bean sprouts. Then, she ladles the yummy curry chicken on top making sure you have enough chicken pieces (all nicely deboned and no skin!). She will then use her tongs to pick up some chopped spring onions and deep fried shallots to sprinkle them on top. Simply yummy stuff but it's not cheap though as one portion is RM5.80++.

So far, the closest I have eaten with regards to curry sauce hor fun is this roast pork hor fun noodles in Restoran Megah Good Luck, Taman Megah. This version has sliced roast pork on top and a bit of curry sauce on the side. The curry sauce is a bit thin and less creamier compared to the KLCC one which I prefer. 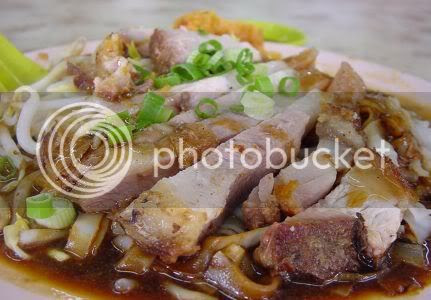 I also tried out egg noodles that my cousin has been raving about. On Monday, she raved about the place again so I decided to give it a try. The stall is located at Restoran Okay which is the quieter end of the Cheow Yang SS2 area. I ordered the mee with sui kow (bigger dumplings) instead of wantan as that is supposed to be very good. The noodles were not too bad but not as crunchy as the one you get from Ho Weng Kee in SS2. 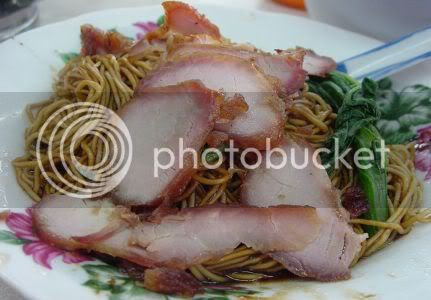 What was very good was their sui kow which wowed me! Fat little fellas all tightly wrapped up, they were packed with ingredients and you could see a whole prawn and bite into chopped water chesnuts. I will definitely come back for these babies as they were really the best I have eaten. 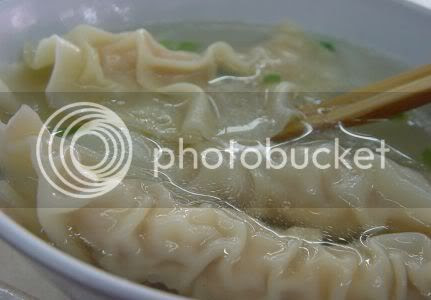 Incidentally for those who love Christmas trees, Suria KLCC has put up their 100 feet Christmas Tree with golden decorations this year round (it was purple last year). It looks amazing so swing by there this weekend and take a picture with it. Happy Christmas shopping!
Ipoh Noodles
Signature Food Court
Level 2, Suria KLCC
(Next to the Kelantan stall and near Laksa Shack)

Restoran Okay
SS2 Cheow Yang Area
(Behind Sam You Restaurant and is the other end of Nasi Kandar Kayu. At night, there is the famous Teochew Duck Porridge)
*Disclaimer: The opinions expressed here is entirely based on my personal tastebuds and may vary for others. The reviewer also declares that she has not received any monetary or non-monetary compensation from the restaurant for writing this review.
Posted by boo_licious at 9:38 AM

Boo,
Mmmm, I love noodles. Pasta and noodles are my 3rd most favourite food...

rabbit - oh dear! I have yet to do your meme. Will do it next week, ok?

Cath - it is very yummy esp if you like curry chicken.