Last weekend, Splashie Boy took some time off work to go 4WD with his friends for the last trip of this year. For those who are interested to join, Edarwest organises these trips for Ford 4WD owners which is endorsed by Ford Malaysia. 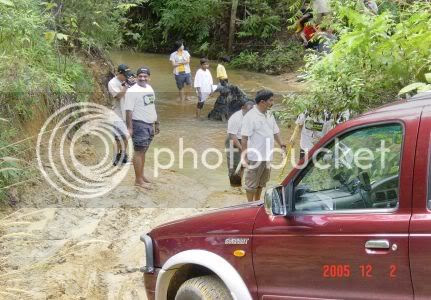 It was a pretty long trip this time round as it was a two nighter at this place called Sungai Berakit located in Pahang that is off Sri Jaya, ten kilometres east of Maran. It took them two hours to get there and the campsite was about twenty eight km trek inside the jungle. On the journey in, there were river crossings. See how everyone is just hanging around the river waiting for people to cross. 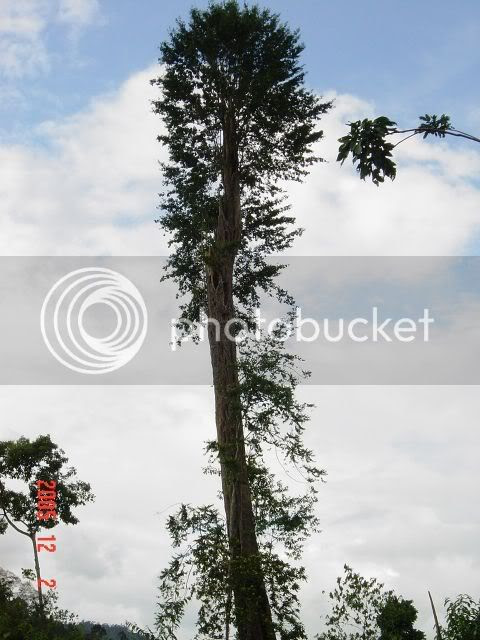 Splashie Boy spied this incredibly tall tree in the jungle which he had to take a picture to show me. There were about twenty five cars in the convoy going in the jungle including the Ford Everest that made a trip to Mount Everest Base Camp for the recent Petronas Trans-Himalayas expedition. 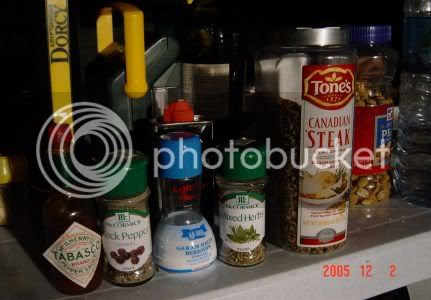 It is always interesting to see what people bring to the campsite to cook. Mike Pease from Ford Malaysia brought a nice selection to cook his steaks. What is very important is the Canadian Steak Seasoning which is a must for steaks. Not too sure why Canadian since Mike ain't from Canada but who cares as long as it tastes good. Don't think you can see it but there's also a bottle of Merlot at the back to go with the steak. 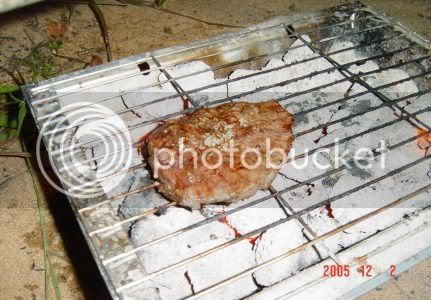 Here the steak gets grilled over some nice hot charcoals with a sprinkling of salt on top. 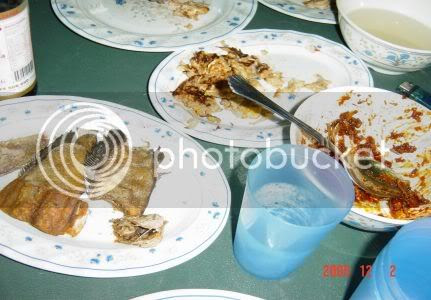 There was even ikan masin (Malay for salted fish), lots and lots of sambal ikan bilis (Malay for anchovies sambal) and even Budu (fish sauce that is popular in northern states). 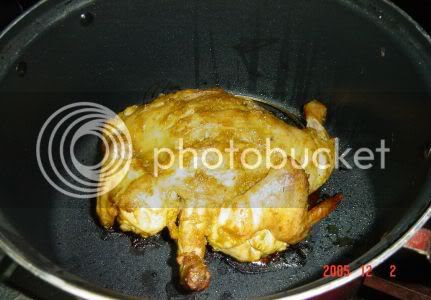 This family even brought a whole chicken to cook which looks pot roasted. Whatever method they used, it looks pretty amazing and yummy. 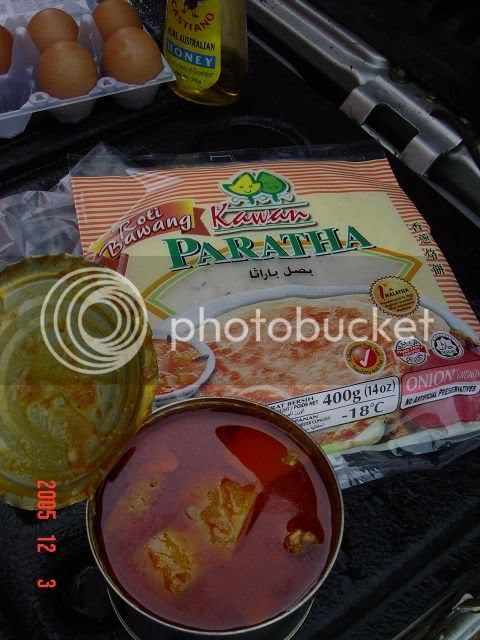 This is Splashie Boy's standard operating policy in camping trips: Kawan's Roti Bawang (Malay for onion bread) with curry chicken. This time round it's curry from the can though but those rotis taste extra yummy when you cook them yourself over a hot stove. Another tradition for Splashie Boy is Kak Nani's nasi lemak which was sorely missed this trip. So Kak Nani if you are reading this, Splashie Boy misses you a lot! 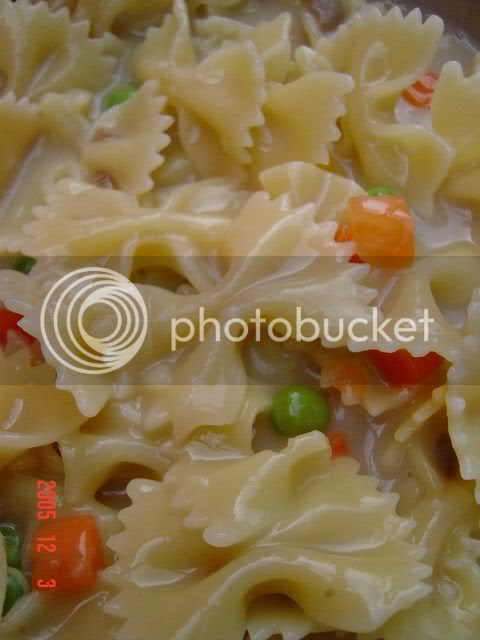 This looked really yummy and very "comfort food" - farfalle pasta with a sauce made from Campbells Cream of Mushroom soup and mixed vegetables. Lunch was oh so good for Splashie Boy that day! 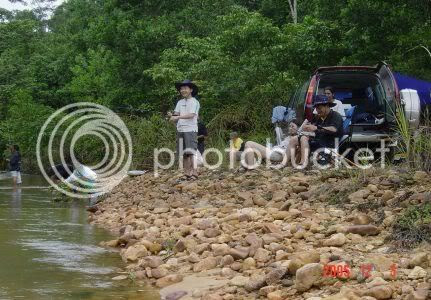 This trip there were lots to do as they had a series of skills competition for the participants which including river crossing, changing the tyre in the river and etc. Some people took time out to dip in the river or do a spot of fishing. 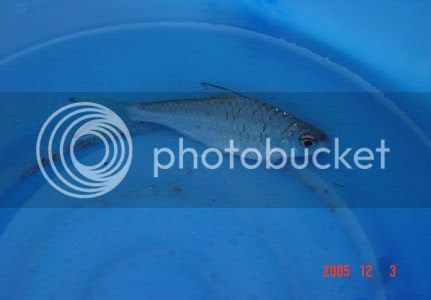 This little fella got caught! Poor fella as I guess he was someone's dinner last weekend. 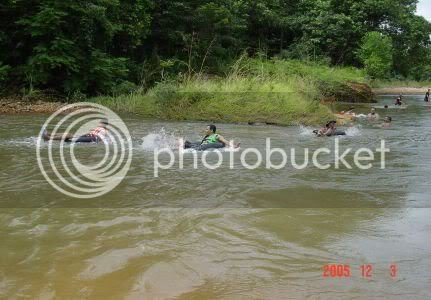 There was even a tubing race where you plonked yourself on a rubber tube and try to race down the river as fast as you can. Looks like super fun. 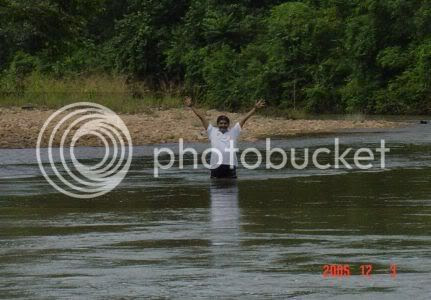 Er, I am not exactly sure what M is doing but he looks like he wants to give a hug to Splashie Boy or is he acting as the judge for the tubing race? 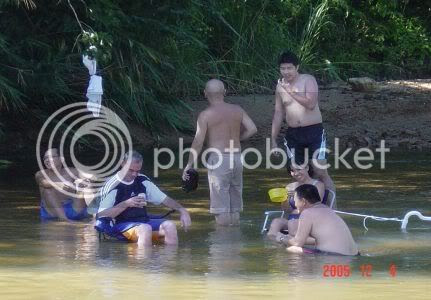 And of course, all Lanun Darat trips must end with the traditional board meeting among members in the river (of course!) to discuss where to stop for lunch later on when they leave the jungle.
Hope you enjoy the pictures and if you wish to join their fun, check Edarwest for details on next year's calendar. (Note: these trips are only for Ford owners so I guess it's time for you to change your car)
Posted by boo_licious at 11:00 AM

Boo,
Wow! Adventure food. Must be really fun.
BTW, which on is Splashie boy? Haha...

I was just browsing around when I bumped into your site and realised that you went to the same Lanun Darat event as me.

And, I've got a blog entry about it too! (Click here).

I'm the dude with the big belly who's standing to the right of the bald guy in the last photo.