Brekkie or breakfast is always a leisurely affair during weekends since it means eating it with Splashie Boy. Almost without fail, it's a weekly pilgrimage to the Indian restaurant for a good dosage of roti canai, thosai, dhal, sambal and sweet appams. Although there are loads of Indian restaurants or what we call the mamak man at every corner in Kuala Lumpur and Petaling Jaya, the quality of their food can vary. We have had total disasters with some that made the food inedible. One roti planta we had about two to three weeks ago was half cooked, dripping with margarine and had uneven sprinkling of sugar. Needless to say, we are not patronising that place ever again.

Since we eat so often at the mamak man for brekkie, we narrowed down two places we like and often go to. One place is at Sri Hartamas, just a little shack where they make the most wonderful thin and crispy roti planta. Splashie Boy loves roti planta, which is basically roti canai slattered with planta margarine and toasted on the skillet until it's crispy. The other regular spot we eat at is in Petaling Jaya as it's one of those few places that serve appams. Splashie Boy will have his regular roti planta while I rather eat the not so calorie laden thosai. The thosai is known as the South Indian pancake which is made from dhall and rice grinded together. The thosai has many varieties such as rava (where they add chopped green chilis and onions) and paper (where it's crispy and is shaped as a cone or rolled up like a big cigar). The one I usually order is a plain one. 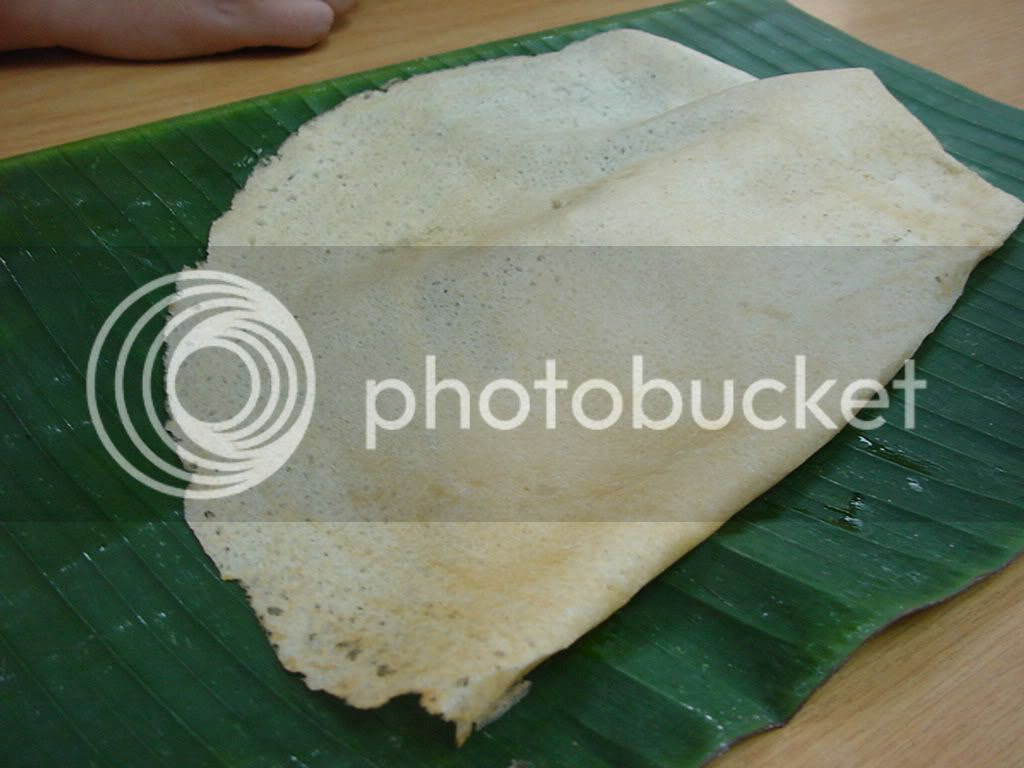 The thosai is nothing to shout about but what makes me really enjoy my thosai is eating it with their sambal (see below). It is not the watery stuff you get but laden with tomatoes and onions. I usually mix it with a dash of the coconut milk stuff they also give to reduce the spiciness of the sambal. 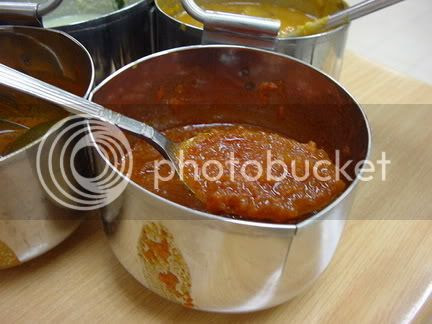 We always order the appam which is only available during the weekends or public holidays. It's like a crispy coconut milk pancake made from rice flour. They also give you a small bowl of sweetened coconut milk to dip your appam in. I love appams but they not available in most mamak shops so having it at this place has become a real treat. 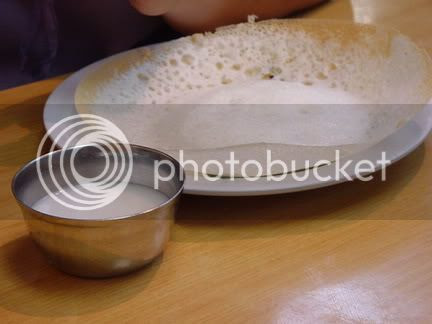 They also make appam telur where they crack an egg in the centre. 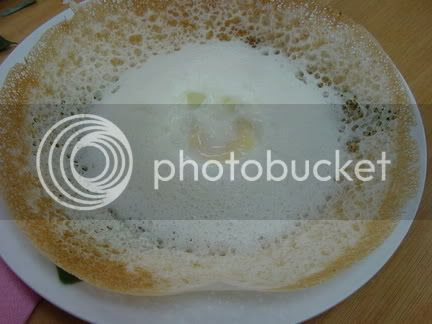 Besides breakfast items, the restaurant also serves pretty decent banana leaf lunch with some nice Chicken Varuval that I often eat with some chappati. We have also tried their dinner menu once with the usual tandoori chicken, chicken tikka and naans. Unlike other mamak shops, they cut their naan up in smaller pieces so it tastes crispier. Being a regular at this shop, we note that service can be a bit chaotic at peak times and sometimes quality of food can differ. For instance, we were late to breakfast today (about 11am) and the sambal was just not it's usual thick stuff but got watered down a bit as they were probably running low on it.

*Disclaimer: The opinions expressed here is entirely based on my personal tastebuds and may vary for others. This is also the case for mamak shops as everyone has their own personal favourites for roti canai, thosai and etc. The reviewer also declares that she has not received any monetary or non-monetary compensation for writing this review.