This month's IMBB 16 is hosted by Viv of Seattle Bon Vivant who hails from the rainy city of Seattle and she has chosen the theme of eggs. Such a humble ingredient but so many ways to make things out of it that I cracked my head thinking up an appropriate entry (see my earlier posting for what else I cracked up). I wanted something Malaysian and since we are a multi-culture society, it had to be something Malay. Moreover, I have yet to blog on any Malay food and I notice there is a lack of focus on this type of cuisine.

So I flicked through my library of cookbooks and magazines and noticed that eggs don't really feature a lot in Malay cuisine. It's either used as a garnish or cooked in a curry we call sambal in Malaysia. The other recipe I stumbled upon was eggs cooked in coconut milk which I thought I won't eat that as it sounded too rich! Sambal telur was toyed around but then I thought, it ain't much of a challenge. So I decided to try something mammoth called Roti Jala, a Malaysian pancake which means lacy/net egg pancakes which we eat with curry chicken and potatoes.

When I say mammoth, I thought I could tackle the task but I must admit, it is not easy to come up with perfect lacy pancakes and I kinda failed in making mine. My lace was not fine enough so it did not turn out to be the ideal Roti Jala. Oh well, I did enjoy making them, will definitely learn from my mistakes and despite their appearance, they tasted really nice.
My version of Roti Jala and the accompanying curry is all from a favourite local magazine of mine called Flavours. Published by a local newspaper, the Star, the monthly magazine features local food, restaurant reviews, wine reviews and etc. This recipe for Roti Jala is by Rohani Jelani, a popular chef who conducts cooking classes and workshops. It is a low fat version as the usual coconut milk is replaced with low fat milk. Even the curry that accompanies it is low fat as it is made from chicken breasts, low fat yoghurt and low fat milk.
To make Roti Jala, you need a mould that is found in most supermarkets (See the yellow mould below). If you can't get the mould, you can make one from poking holes in a can but make sure your holes are of equal size so the liquid flows down in equal proportions. I used a bit of turmeric in the batter so the pancakes has a nice light yellow colour. The batter is also sifted to remove lumps. As I did not have a flat griddle or a crepe pan, I used an ordinary frying pan which made it difficult to remove the pancake. As I was having problems removing it, I folded the pancake the same time so my pancakes don't look neat. You can also use a bunch of pandan leaves to brush the oil on the pan. It adds a lovely and slight flavour to your pancake. 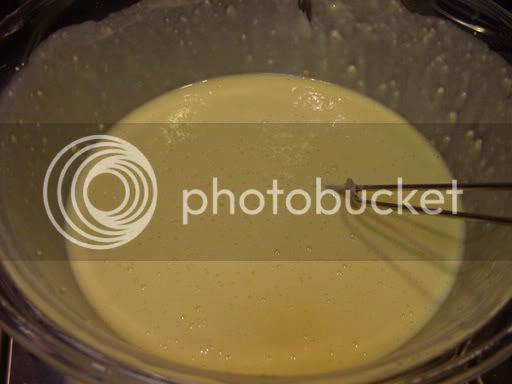 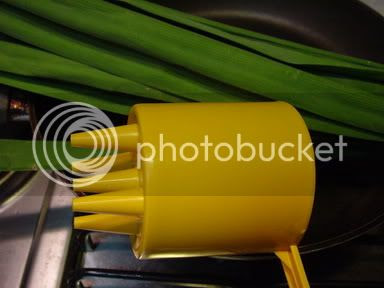 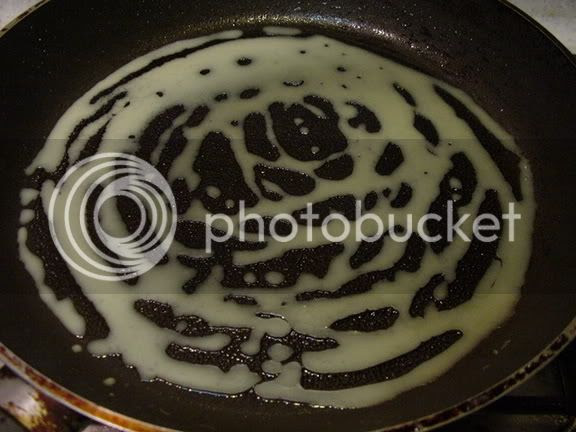 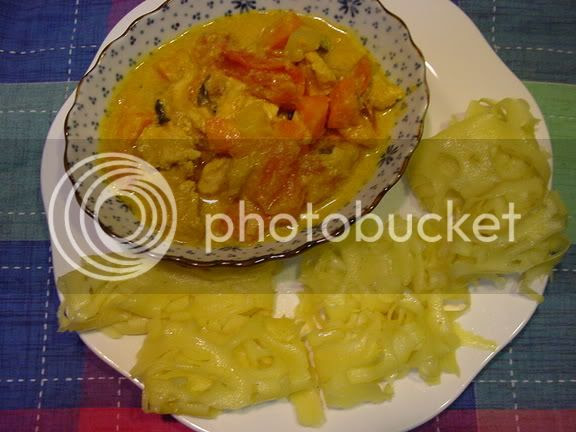 Sift flour, salt and turmeric into a mixing bowl. Make a well in the centre and into this, pour the milk, eggs, half the water and the oil. Use a wooden spoon or a whisk to incorporate the flour into the liquid to make a smooth, thick batter.

Stir in the remaining water and strain the batter through a fine sieve. This helps remove any lumps that will plug your roti jala mould that will cause problems. Cover the bowl with a clean cloth and set the batter aside for 25-30 minutes.

Heat a heavy griddle pan or non stick pan over medium heat and brush surface lightly with oil using your pandan brush. Stir batter, dip in the roti jala mould into it and fill it about 1/3 full and move around the pan in steady concentric circles to form fine lacey pancakes. 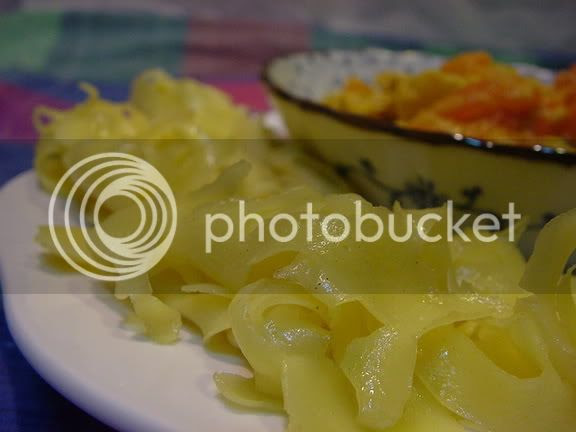 I suspect I failed in making my pancakes lacy enough as I overfilled my mould with batter so it came out thick and I was too far away from my pan. I should be nearer i.e. about 6 cm away from the pan when rotating the mould.
Despite my failed attempt to make real lacy Roti Jala, I enjoyed myself as it was the first time I was making a Malay dish. I guess I just need to practice more often and thanks to Viv, I got a chance to try my hand in making them.
Posted by boo_licious at 10:51 PM

Thankyou-thankyou-thankyou!
I stayed in Langkawi in October 2004 and learned to make this yummy recipe while I was there...but then I lost it! I just now decided to google the recipe name and came up with your blog - so now I can make it again! Hurray!
Thanks again from Sydney - Australia - Love DonnaE