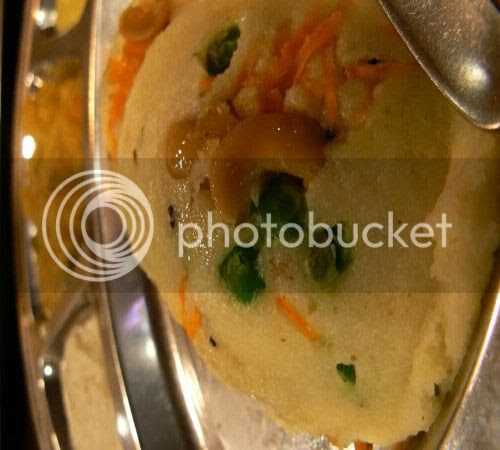 Recently we wandered towards Bangsar to look for food to fill our tummies. I must admit, nowadays we rarely wander towards that area hence it was refreshing to drive around the Telawi area to note the changes - Grappa's being sealed from a Writ of Seizure and Sale due to monies owed, a new restaurant at the corner facing the famous red tablecloth chinese restaurant called Shanghai 10, a new Italian restaurant where the art gallery used to be next to MPH called Cipolla (I thought it was "Cheapo-Lah" at first) and the emergence of a huge big building block opposite Devi's Corner which signals more shops and food outlets. We also saw the authorities who were extremely diligent in issuing tickets and towing wayward cars.
That night, we decided to go vegetarian and try out Saravana Bhavan which is part of a chain of vegetarian restaurants originating from Chennai, India that serves Northern and Southern Indian cuisine. There's a long list of their branches and they can be found all over India, USA, Canada, Singapore and etc. We obviously stood out like sore thumbs in the restaurant which was mainly packed with Indian families out for the night. Dishes were mainly recommended by the captain and they were all good although we had over estimated the amount we could eat. I had the recommended Rava Idly (RM4.50+) which came with a topping of peas, carrots and cashew nuts. The steamed rice cakes was something unusual as I have only seen plain ones. 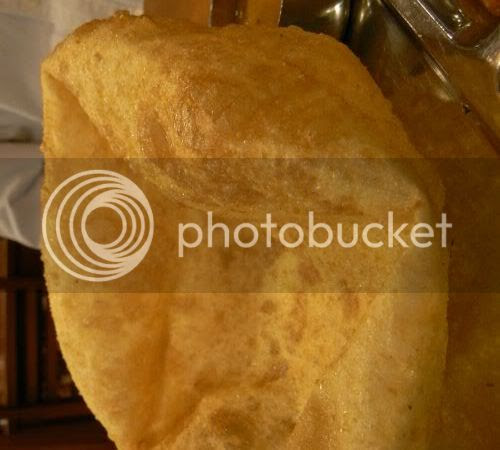 Splashie Boy had to have the Channa Bhatura (RM5.50+) as it's his absolute favourite. The bhatura is slightly deflated in the picture but I saw it nicely puffed up when it was in the kitchen (it's an open kitchen). The bhatura is made by frying dough balls that has flour, baking soda and yoghurt curd. In this case, it's served with Channa that is chickpeas curry. 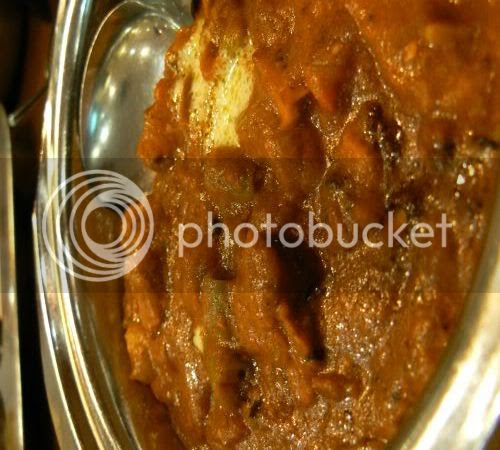 We had quite a few side dishes which was too much for both of us to finish. Think the next time we eat here, we will just order one as the chutneys and curries they serve the idly and bhatura is sufficient for both of us. First we had their Vegetable Kola Puri (RM9.50+) which is basically mixed vegetable curry. We thought this was pretty ordinary. 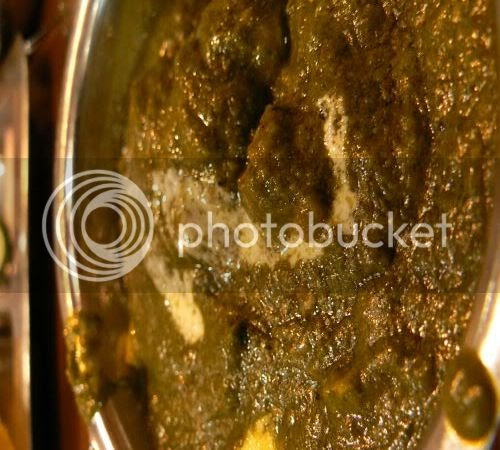 We had to have a Paneer (cottage cheese) dish hence we had the restaurant's Paneer Saagmala (RM8.50+) which came with lots of spinach gravy. This was yummy and we really liked it. 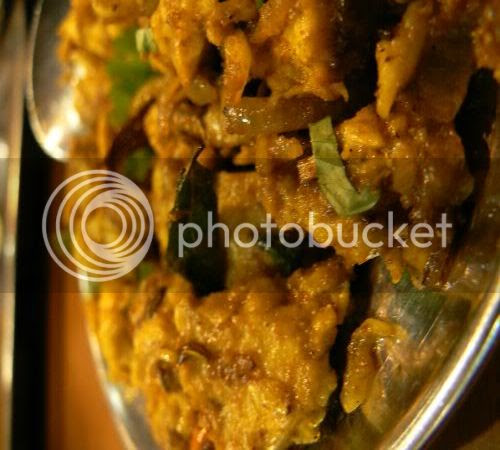 This was pretty good even though it was vegetarian, the Saravana Special Vegetarian Chicken (RM8.50+). I liked the spices they used in this and the curry leaves dotting this dish.
The next time we visit this place, we want to try out their special meals that come as a set with curries and a selection of poori, chappati or rice which seem to be pretty reasonable. The only bummer about eating here is the horrendous parking around Jalan Telawi that can drive a person mad but be warned as the authorities clamp down quite hard on illegal parking.
Saravana Bhavan
52 Jalan Maarof
Bangsar
Tel No: 03 - 2287 1228
(At shophouses facing the main road and same row as Degem Jewellers. Open for breakfast, lunch and dinner.)
*Disclaimer: The opinions expressed here is entirely based on my personal tastebuds and may vary for others. The reviewer also declares that she has not received any monetary or non-monetary compensation from the restaurant for writing this review.

Tagged with: Indian Vegetarian + Bangsar
Posted by boo_licious at 4:03 AM

More & more food outlets are taming the nightlife spots over there, huh? Oya, I forgot to mention at your earlier post - I find d pic of d fire cooking the claypot mesmerising!

nice, nice. you should try baingan bharta next time. that's like my favorite northern indian vegetarian dish of ALL TIMEEe

My fiance and I really love Saravan Bhavan a lot. We use to have our lunches there. Their vegetarian meals are just to die for, it just got us coming back for more and more. What's more, the service was pretty good too although i thougth the captain was rather pushy, insisting us to take more and more food :P We already knew what we want most of the time so...i think we got him rather miffed at times since we tell him what we want instead of him telling us what we should have lol. You should try their banana leaf meals during lunch. Everything served just compliments each other very well. :)

Oh sorry, I forgot to introduce myself...where are my manners?!

I am a long time reader of your blog.. And this is my first time commenting. And HI! :)

I'd love a taste of everything you've shown. ;-)

hey, you have some amazing pics of food! sure makes me homesick! I am a malaysian lost in Europe... =)
Came across your blog by chance. I shall tell all the malaysians i know here.. and boy, they will slivate!

salivating...and i dont even usually LIKE vegetarian...
must try, since my office is just there anyway. guffaw about grappa..i was physically there, passing by, when the court official was pasting those notices.

Tummythoz - I think it's more of a case of Indian food outlets taking over Bangsar. Hope you get to try out the Claypot Rice this weekend.

KY - I read yr Spice Garden entry and yeah, the brinjal looks good. Unfortunately my bf hates brinjal so I don't think I can try that unless I eat it when I am alone or other friends.

The Expedited Writer - Hey! Glad to hear from you and nice to know you like this place too. Yeah, the guy kept asking us to order quite a bit but then we were also greedy that night since it was pretty late when we ate our dinner. Will try out yr recommended food for lunch - I hope they have my all time fav onion curry.

Paz - I was looking at the pixs and thinking I want to eat some of it tnite too but the parking thing got me scared though.

J - nah, you don't miss the meat that much since everything is spicy.

Hiya Louise! Glad to remind you of home which is the best in terms of food. Hope you get to come back soon to taste the food.

Fatboybakes - LOL at Grappa's! I was peering so hard at the list as I was keen on their coffee machine but decided no pt to attend the auction since it will be probably a lock stock barrel sale. I love the way how the restaurant is so well preserved and why did the baliff stick the notices so high up! He must have been a six footer as I had to peer so high to read it.