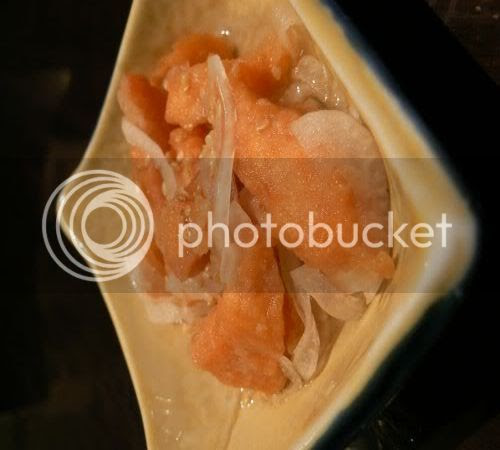 Recently we were at Desa Sri Hartamas for dinner and decided to go Japanese. The area is full of Japanese and Korean restaurants as you find them at every corner of the shophouses. However nowadays, there are appears to be more Korean places opening here versus Japanese places. This particular row of shophouses in Desa Sri Hartamas has a total of four Japanese restaurants i.e. starting with Nihonbashi that serves traditional Japanese cuisine, Aoyama the Green Room which serves more fusion style Japanese, Kin San Kichi that serves budget Japanese food and ends with Sugimoto that serves traditional Japanese food.
It's strange but I have kinda avoided this particular restaurant so far as it has never appealed to me. However we decided to be adventurous and wander in one night. The menu is definitely presented differently and it's obvious their specialties are sashimi and makis as they had a long list of different items. Because it was a mid week dinner and before pay day, we had a simple dinner minus any expensive items.
They served us salmon pickles which is made by the restaurant. Japanese restaurants buy their salmon whole hence they make these side dishes from the salmon parts which can't be used as sashimi and etc. This is just a simple one with salmon pieces that have been fried and sliced onions which have been tossed in vinegar. 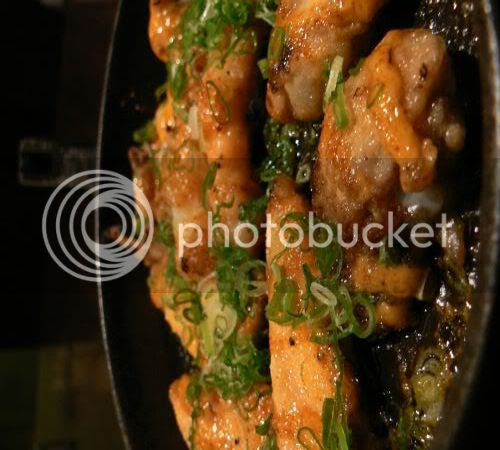 Splashie Boy had the Teppan Seafood (RM26++) which had an assortment of salmon, oysters, calamari and prawns grilled in a cast iron pan. It had lots of butter though so it tasted great and there was a slight tangy taste to it that made it not so rich. We also like the rice they served it with, although it's just plain white rice but the taste is yummy. Most places scrimp on their rice and serve sub standard short grain rice. 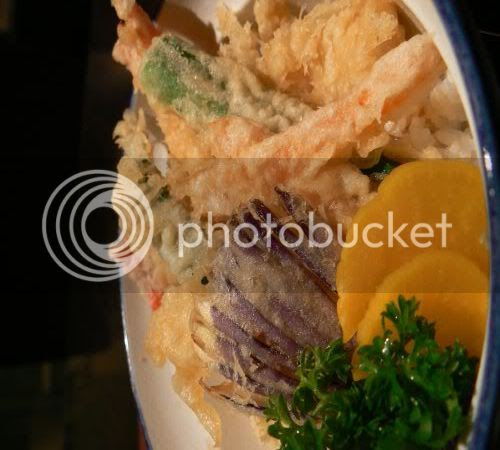 I was impressed with the Teppan Seafood but not their Tendon (RM20++) which is essentially assorted tempura served with rice. Sadly they failed in their Tempura as it wasn't crispy which is a cardinal sin in any Japanese restaurant.
Reading back the reviews people wrote below, you are to ask them to recommend the dishes versus ordering from the menu hence I suspect Tempura is not one of their specialities. I also noticed the restaurant was mainly occupied by non-Japanese patrons probably because they don't really serve traditional Japanese menu items which is preferred. Will I go back again? I guess I will if someone is buying me dinner since I suspect you need to spend quite a bit to taste their special dishes. Incidentally, this place also serves Fugu fish, the deadly puffer fish if you wish to dice with danger. I wonder if they are certified to prepare the fish just like the licensed cooks which Anthony Bourdain visited in A Cook's Tour?
Aoyama The Green Room
No. 10, Jalan 27/70A
Desa Sri Hartamas
Kuala Lumpur
Tel No: 03 - 2300 0683
*Disclaimer: The opinions expressed here is entirely based on my personal tastebuds and may vary for others. The reviewer also declares that she has not received any monetary or non-monetary compensation from the restaurant for writing this review.
Other reviews:

elb - very adventurous of you! I wouldn't dare as I love my life too much.

I've tried Aoyama about 2 years ago i think...i thought the menu was very much like the Japanese restaurants in US--maki rolls and sashimi were so-so..
pls try Rakuzen in Subang Jaya...

try the place yesterday.. impressive selection from the menu!