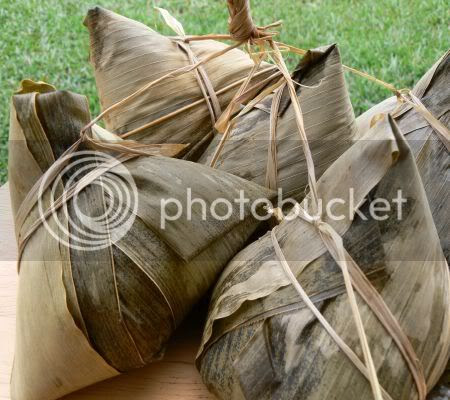 It's the Dumpling festival today which the Chinese celebrate by making pyramid shaped glutinous rice dumplings (Chong in Cantonese or commonly also known as bak chang) wrapped in lotus leaves for their family and friends. It's also known as the dragon boat festival with the ever popular dragon boat races. This year seems to be a quiet affair probably because of the controversy regards the shortage of meat to make the dumplings.
Last year, I covered the festival extensively with step by step pictures on how to make them. This year, I thought it's nice to focus instead on how to celebrate the festival especially after reading yesterday's Star Metro article on the significance of the dumplings to a little village at the outskirts of Kuala Lumpur.
Every year my aunt will make her batch of dumplings and distribute it among us which we love as they're excellent. We also get another batch from my dad's old friend who has them specially made for him that is equally good. As the best things in life should be shared or else it's no fun, I pass down the favour by sharing these dumplings among friends. So today, do remember to have some dumplings and share the delicious food with your family and friends as that's the fun and significance of this festival. 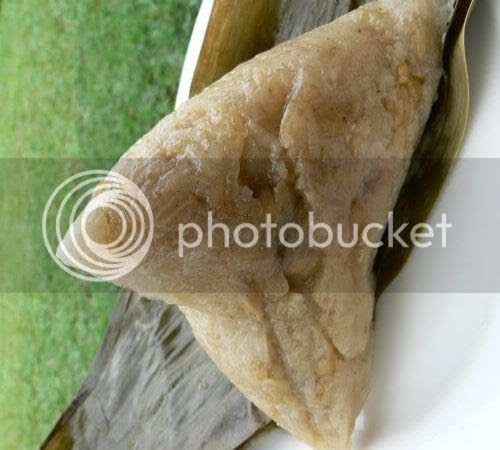 For detailed write ups this year, do check out:
Tagged with: Bak Chang + Malaysian Food + Zhong Chi Festival
Posted by boo_licious at 4:25 AM

My mom make very nice dumplings and share with relatives too.. but I'm gonna missed the dumpling this year :((

Poor Whistler! Maybe you can get her to freeze some for you? You can savour them when you get back to KL.

I think cannot... dumpling can't wait too long, he should try to get some in UK.

tulan - dumplings can be frozen and kept. we usually keep a few to eat for a few months. Of course the best is still eat fresh but it'll be difficult for him to get them in UK.