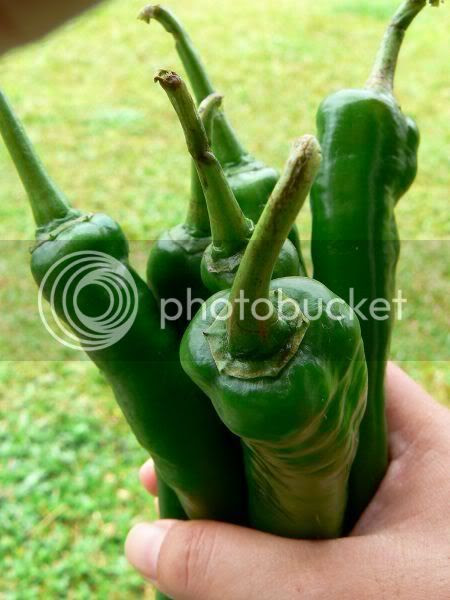 Something different today since it's the eve of the Merdeka celebrations. Babe in the City - KL is hosting a food event known as the Merdeka Open House 2007 with the Muhibbah theme. For this special Net event (there's no actual open house where we sit and enjoy the goodies!), we are to post on a dish from another culture. Kinda hard to choose since I reckon all our cultures in Malaysia tend to meld and mingle with each other. Where else in the world will we find the unofficial Malaysian dish - the nasi lemak being cooked and adopted with variations by the Chinese and the Indians even though it's Malay by origin. 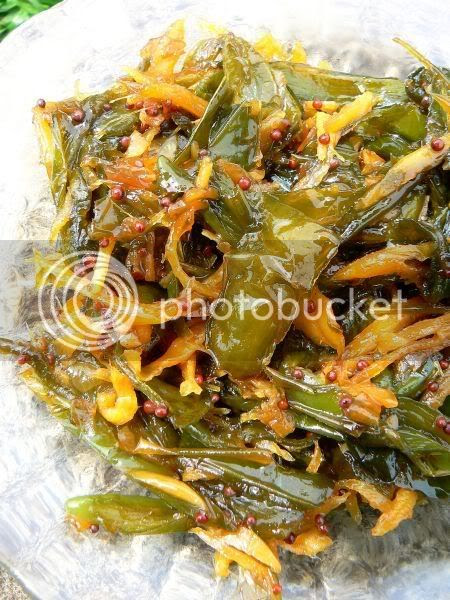 Don't worry, I'm not going to cook Nasi Lemak as I reckon the ladies with their makeshift stalls on the side of the road do a much better job than me. Instead I'll feature a little known race known as the Indian Chittys from Malacca. A small community within the historical town, there are only a few families left in their settlement. Originating from India, their culture blends Malay and Indian traditions together. Most of them speak Malay and the women wear baju kebaya and sarung which is similar to the Baba Nyonyas. They also maintain their Hindu faith by celebrating Ponggal in a big way. If you ever visit Malacca, do check the settlement in Kampung Tujuh, Gajah Behrang as you'll learn something new. To read more about them, click on this Wikipedia link.
For the Open House, I've decided to cook the simple Pachadi Cili Muda or the Green Chili Pickles. Just make sure you get lots of fresh green chilies for this dish which you can keep and eat whenever you like with white rice. The pickle is not spicy despite the large amount of chilies used as the chilies cook down in a spice mixture flavoured with gula melaka and tamarind.
Pachadi Cili Muda (adapted from Flavours Magazine)
500 grams old ginger
2 tablespoons salt
2 tablespoons cooking oil
10 cloves of garlic, sliced thinly
20 shallots, sliced thinly
30 green chilies, quartered and deseeded
2 tablespoons mustard seeds (biji sawi in Malay)
4 curry leaves
300 grams grated Gula Melaka or to taste
125 ml of warm water
20 grams tamarind paste (assam)
Slice the ginger thinly and add salt. Set aside for 5 minutes. Put the ginger in a muslin bag and squeeze the juice. It's imperative you squeeze hard to ensure the ginger is dry or else your pickles will be soggy. If you wish you can also blend the garlic, shallots and ginger together before cooking it.
Heat the cooking oil and fry the garlic, shallots, ginger, chilies, mustard seeds, curry leaves and gula melaka till fragrant. Add warm water to the tamarind and leave to soak for 5 to 10 minutes. Squeeze to extract the juice and strain. Add to the spice mixture and cook until it thickens slightly. Cool the pickles and pack in jars for use in the later stage. It goes very well with white rice.
Tagged with: Malaysian Food + Green Chili Pickles + Indian Chitty
Posted by boo_licious at 8:23 AM

thanks for making it the very last minute. i like the contrasting green chillis with the green grass background picture. it's brilliant!

hmmm my mom made something similar but it's not a pickle... must pick her brain on that recipe. thanks again.

love recipes like this! and the green chili looks huge! lol! yummy stuff!

Ahhh, learned a new dish today. Never heard of this pickles before but sounds really good.

OMG! This dish looks very unique and so rustic.....yet so cultured!

Have a great Merdeka Weekend!

babe - no problems. Very efficient of you to post the round up so quickly.

daphne - yeah I was lucky to get such lovely ones in the mkt.

cat cat - yup, great way to cook chilies so not so spicy

BBO - give it a try. This one is good for a meal at home.