During Chinese New Year, finding a Chinese hawker is a rare thing hence I thought this should be shared with all of you who are craving for wantan mee. One of the few places I know which is open during this festive season is this particular stall in Jalan Loke Yew. They started business on the second day of Chinese New Year and it was super packed with people. 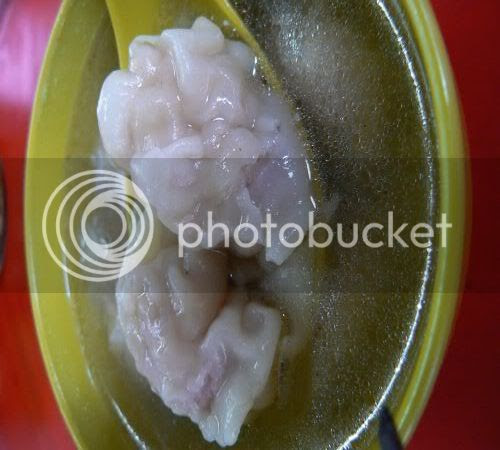 Most of the stall owners I have spoken to are taking either the week off but some are taking the whole Chinese New Year off as this is their annual vacation. Rumours often flit around on where they go but the general concession is they usually fly off overseas for either a tour package or camp themselves in a casino to gamble. 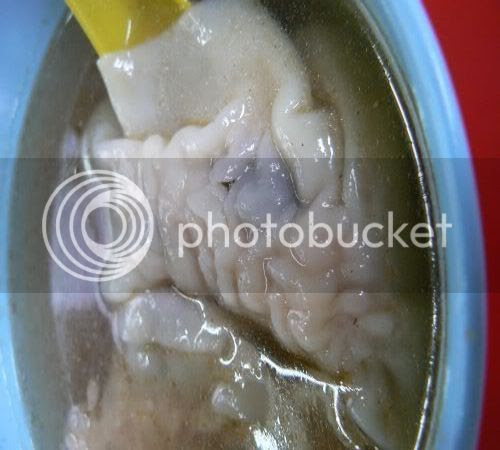 Back to the food here, everything is home made down to the wantan mee which they make their own. The strands here are thinner than the usual wantan mee served in other stalls and has a nice springy texture. Equally good is the black and sticky char siu which you can opt for a topping. If not there's roast pork, duck, lap cheong (Chinese sausages) and braised chicken feet with mushrooms. They're generous with the wantans and a standard order comes with a huge bowl. They also serve the bigger dumplings, siu kau here. Instead of a tightly bound dumpling and crunchy filling, here it's stuffed with wood ears fungus for extra crunch. I'm not a fan of it though as I prefer the crunchier ones at Jalan Brunei.
Hung Kee
28-5 and 28-6, Jalan Loke Yew
Pudu
Kuala Lumpur
(Non Halal. Open from 7 am to 10 pm)
*Disclaimer: The opinions expressed here is entirely based on my personal tastebuds and may vary for others. The reviewer also declares that she has not received any monetary or non-monetary compensation from the restaurant for writing this review.

Tagged with: Malaysian Food + Wantan Mee
Posted by boo_licious at 12:02 AM

wow.. it's surprise to see a chinese hawker stall open during CNY

Is this the famous shop which has an old style shop front next to a lot of mechanic shops? I can't seem to recall the name, but I remember that it serves good wantan mee.

Wantan Mee! I haven't even blogged on the pics I took of the ones in PJ, hee hee...I haven't tried this one in KL. Me gotta go eat this one and at Jalan Brunei!:o)

wow...boo, u r professional food blogger !!! U even look around for chinese hawker stall during CNY! Well done! LOL! See u on 24th ya!

whistler - this one I guess all out to make lots of $$$. Some stalls also opened today already.

babe - can't compare as first time eating here. My friend recommended it to me.

lyrical lemongrass - yeah, it's near all those spare part shops and right in front of the main road.

wmw - I took some of K Intan, yet to post up since I thought people would rather know which places are opened for the festive season.

jackson - Er, for my own tummy as I also have to eat or else starve. See you on the 24th, sadly cannot get FBB to join us as he's busy with family matters.

Sui Kow my favourite, especially with lots of prawns....ooo and waterchestnuts!

precious pea - if it is, then go try the Jalan Brunei one, very yummy stuff. If too far to drive down town, try Restaurant OK in PJ ss2, at the opposite end of Kayu Nasi Kandar.

Jalan Brunei too far for me but will try out the PJ SS2 soon. I tried making it once but failed cos I omit all the pork fats. So the texture was like 'hai sap sap'.

Nope, they dont make their own wanton noodle but they do have one of the best char siu in town. If you drop by during dinner time, I highly recommend the sweet&sour pork. It is very very good. The meat is crispy and moist while the sauce has the right tang. Yum-o!

would normally come here for rice or wantan mee ... just the mee ...

then order some side dish like the charsiew, siu yuk and roast chicken ...