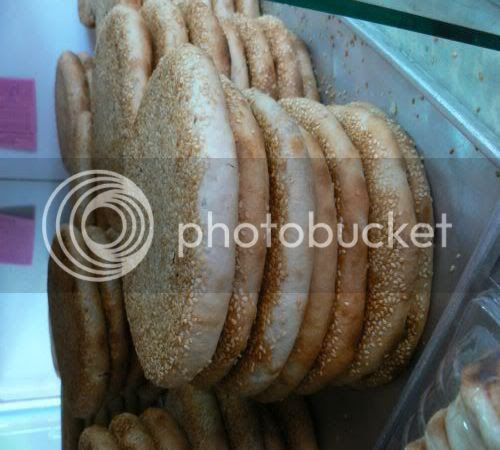 I didn't really get to do much exploration of Yong Peng when I was there and sadly no Fuzhou/Foochow food which is what Yong Peng is famous for. The town's main centre is Jalan Besar (Main Road) which has various shops flanking it. It's interesting to note how from one end to another, there's signs of development with the older shops in the front and the newer shophouses almost at the end. 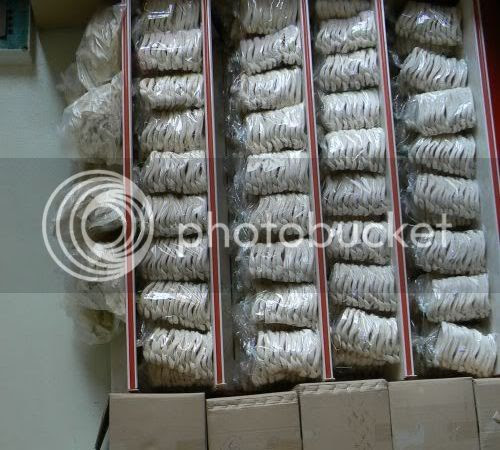 If you drive down Jalan Besar, it's very evident that the specialty of Yong Peng is the Saitou Fishball made from saitou fish (Ikan Parang in malay) as there's restaurants dotting the whole area with signboards proclaiming they're the most famous. It's served with Fuzhou/Foochow noodles that look similar to the yellow Hokkien noodles but is springier. (I may be wrong on this as I have yet to try them so do correct me if this is wrong) Since I could not sample any Fuzhou/Foochow food, I settled for the next best thing i.e visiting a Fuzhou/Foochow bakery. It's the only bakery in town but sadly, modernisation has taken over as they use big metal ovens to bake the traditional delicacies instead of a charcoal fire oven. The attraction here is their kong piah which means hot bun in their dialect, a Fuzhou/Foochow specialty. Made from unleavened dough, it's usually served plain or stuffed with meat. The ones made at this bakery are either plain or stuffed with peanuts and sprinkled with sesame seeds. 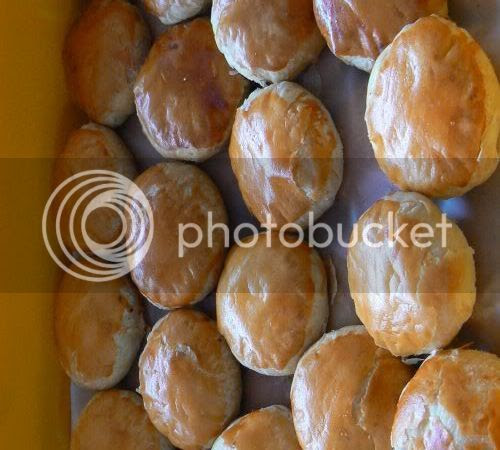 Traditionally it's cooked like a naan bread, i.e. at the sides of a clay oven (like those that are used to cook tandoori chicken or naan in Indian restaurants) with charcoal at the bottom. Since it was very late when I bought my stash, I couldn't taste it hot as it's said to be flaky when you take it straight from the oven . Tastewise, the bread has a slightly chewy texture while the stuffed peanuts and sesame seeds is not too sweet. I personally liked it and suspect it would have been awesome if it came out piping hot from the oven and dipped in the local coffee.
Besides the kong piah, the bakery also makes Fuzhou/Foochow noodles for sale and various pastries like peanut cookies that crumble in your mouth, lou poh peng (literally translated as wife's biscuits in Chinese which is filled with sweetish wintermelon filling), tim and ham peng (flaky biscuits with sweet or savoury fillings), pineapple tarts, kaya kok (puffs filled with kaya) and etc.
Eng Hin Bakery
14 Jalan Besar
Yong Peng
Johor
Tel No: 07 - 467 12 61
(Pork free. The bakery is open till quite late, about 8 pm and is along the main road just after the bridge. Near it is the famous Foochow restaurant, Hock Swee Hin which serves specialties like Foochow fishball and red wine mee sua.)
*Disclaimer: The opinions expressed here is entirely based on my personal tastebuds and may vary for others. The reviewer also declares that she has not received any monetary or non-monetary compensation from the restaurant for writing this review.
Tagged with: Kong Piah + Foochow Food
Posted by boo_licious at 7:00 AM

Congrats, Boo. You are rank No. 1 on my list. Keep up the great work.
BTW, the round cookie with circles on top reminds me of the peanut cookie I had when I was a kid but they were much smaller. I bought them at the coffee shop near by my old house. It was 10 cents each. I love them.

alamak u missed the Yong Peng famous loo mien ( lor mee), in the shops along the main road. It is more than a match for the ulu yam version, without the vinegar.

flymeng - thxs for the vote of confidence. It's kinda scary to realise I actually influence what people eat!? I was fascinated with the peanut cookie too but since I was rushing for time, all I did was but my kong piah.

team bsg - shucks, lor meen better than ulu yam sounds super yummy. I've eaten the Ulu Yam version at Ulu Yam and it was really good. Is this the Foochow version which is white colour?

I think kong pia means "Kuang Ping" (in Mandarin) - i.e. Shining Biscuit. There appears to be a gloss on the kong pia when it comes out of the oven.

I was at Sitiawan not long ago and I took some pics about the kong pia.

I heard the Kong Piah with pork from Sitiawan very nice ...but so far, no one bring one back for me to try lor.

This Yong Peng version is similar to the Kg Koh Sitiawan version.

Those peanut cookies! Can't remember the last time I had them. They are about the size of 20sen coins, right?

is that green bean / peanut biscuit ? I like the peanut one so much !!!

Tummythoz - Yeah, the peanut cookies are about the size of 20 sen coin. They sell them at kedai runcit and kopi. I love them.

pablopabla - thxs for the explaination

precious pea - I guess you need to make a trip to sitiawan yrself to get yr supplies.

team bsg - thxs for the tips. will bear in mind if I ever go sitiawan.

tummythoz - yup but these ones are like 50 sens though.

swee - the swirly ones are peanut. Really bring back old times.

flymeng - they still sell them but not so fresh though.

wingz - Sorry, no money to belanja as this blog does not earn any Google Adsense revenue though but thanks so much!

whistler - small town bakery hence they cater for those tastes.

Can someone tell me what is ulu yam from Yong Peng. I will be going to Yong Peng next week and would like to try the ulu yam.

Where is the famous Yong Peng lor mien? I want to try it next week when I visit Yong Peng