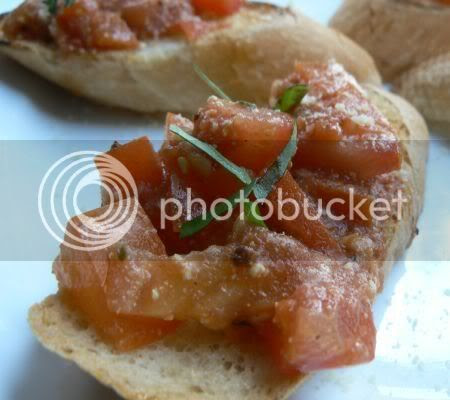 Happy Valentine's to all of you! Am sure everyone is gearing up for that big romantic lunch/tea/dinner/supper. This year round, our Valentine's plans have been put on hold since we have Chinese New Year reunion dinner to attend instead. Kinda strange I know but that's the only available night for all of us before my mum flies down to Singapore for Chinese New Year. Hence we're going to be spending the night with a table full of my relatives! Well, at least the food will be super good. I wonder if this year I'll pluck up my courage to snap pictures under the watchful eyes of my relatives. 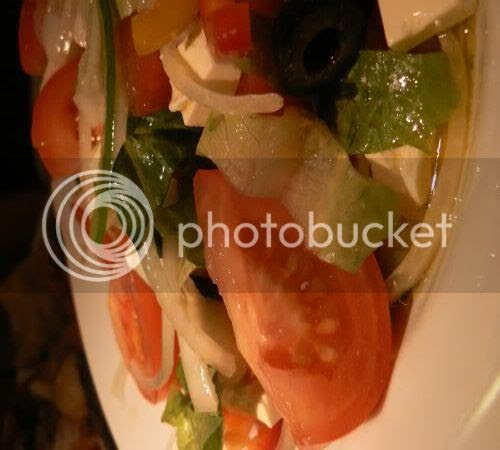 It's going to be lots and lots of pictures today as I managed to gather quite a few from my numerous visits to this place. I often get SMSes or emails from friends or even strangers asking me where to eat. This time round, a friend of mine had a specific request. He wanted to take a "friend" out for a not too romantic dinner preferably pasta somewhere in the Petaling Jaya vicinity. My flippant answer was the mamak stall or some tai chow place since that's where I would take a friend but I guess since he specifically stated pasta and dinner could lead to something else better for him in the future, I suggested he try this place in Taman Tun Dr Ismail. 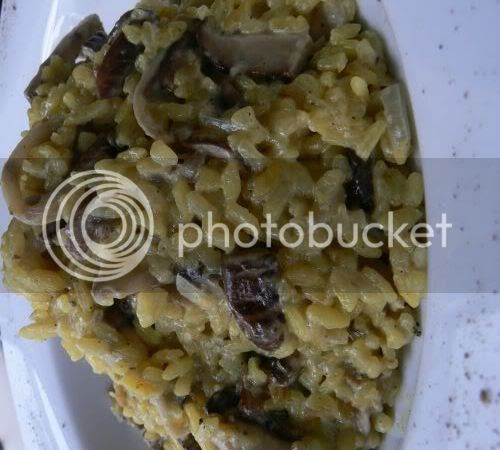 We have been eating at this place ever since they opened at Taman Tun Dr Ismail, taking over the short lived Xavier. A branch of the City Square outlet, this restaurant serves Mediterranean specials from Italy and Albania. Pictures are of varying quality since some were taken during lunchtime and others at dinnertime under a handy halogen lightbulb with shadows in the background. 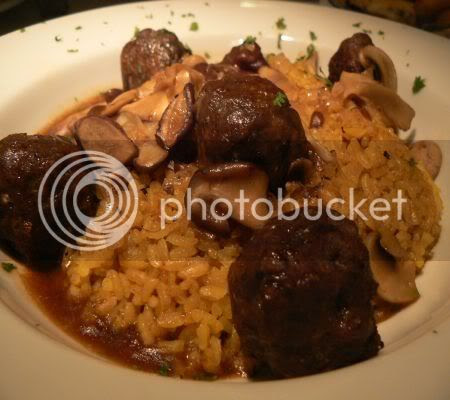 During one of my visits here, I met a nice chap who sat next to us with his daughter and we got chatting about the restaurant. It seems he's a regular (we had accidentally taken his daughter's favourite table that night) and goes there every alternate night since he stays around the area. Previously a regular at La Bodega, he felt the food here was much better, bigger portions and at least he didn't need to fight the traffic on the Bangsar hill. 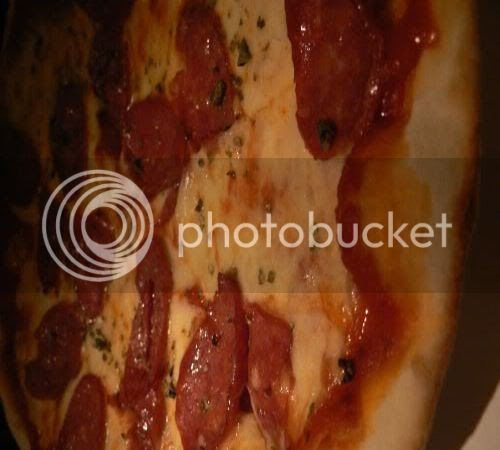 The menu here is quite extensive with choices for antipasti, soups, pastas, rice dishes, pizzas, meat, seafood and desserts. From the antipasti selection, we have tried their Bruschetta with Tomatoes (RM8) that was pretty good. We also ordered the Albanian Village Salad (RM12) that looked slightly Greek with feta cheese cubes and black olives tossed in it. From the rice selection, Splashie Boy tried the Risotto al Funghi (RM21) which was delicious. They're quite generous with the portions hence eating too much of it got a bit too rich after a while. We have also tried another Albanian special - Pilaff with Meatballs (RM26). Although the meatballs tend to be quite dried out, we liked the sauce the dish came with. Since my friends had tasted the mushroom and porto romano pizzas, we went for the Pizza Diavola (RM24) with beef pepperoni. I wasn't too much a fan of it even though the pizza crust was thin and crusty. 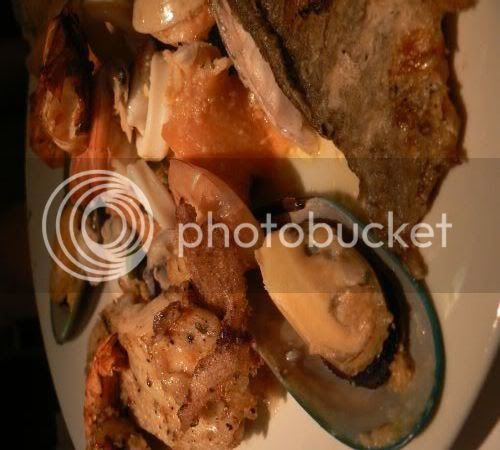 Although I did not feature any pastas here, I've tried their Porto Romano Spaghetti (RM24.50) which is very good. The tomato sauce which it came in reminded me of Marcella Hazan's sweet tomato sauce. If you want extra kick with your pasta, ask for their home made chilli sauce that is preservatives free. For dinner that night, we shared the Seafood Platter (RM48) which came with a creamy lemon butter sauce as a dip. Chockfull of mussels, cuttlefish, fish, prawns and smoked salmon with a salad, it was yummy right down the last prawn tail. 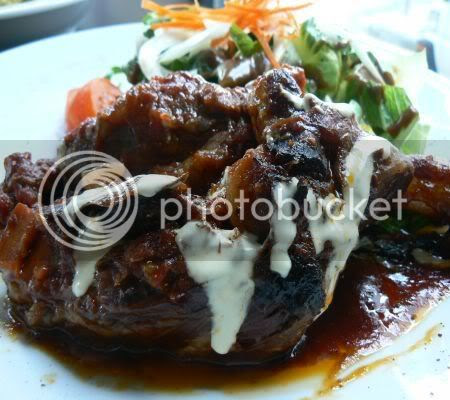 They also do a pretty good Braised Lamb Shank(RM29) with meat falling off the bone. It's a bit drier than the other lamb shank dishes hence you need to slather on the rich tomato sauce. 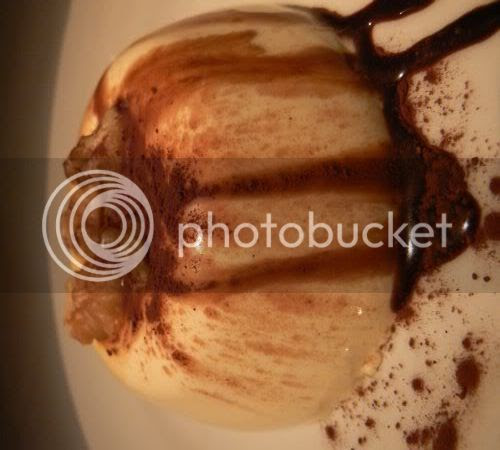 Dessertswise, this place also has quite a few worthy of mention. However, don't order their version of Apple Pie made with filo pastry as it's horrendous - the filling is too spicy and that night we ate it, the pastry was burnt. You're better off with their wobbly Panna Cotta(RM9) - a must in any Italian place which is served with walnuts, a sprinkle of cocoa powder and drizzle of a caramel sauce. 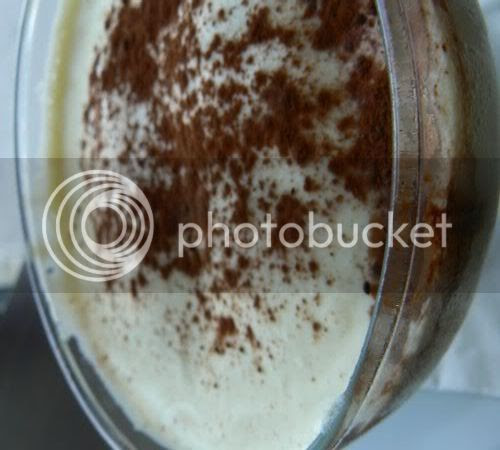 Their Tiramisu (RM12) is pretty good too but depending on which order you get, you'll find varying amounts of liquer. 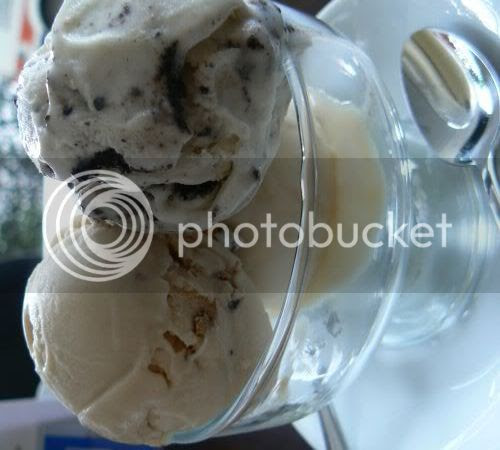 They also make their own gelato with interesting flavours like Kinder Bueno, Oreo and Hazelnut that will be great for these super hot days.
I'm not too sure if they're serving Valentine's Day set menu but do make a visit one day and give it a try. I've actually got a wishlist of items to try based on recommendations from the regular diner such as their paella and lamb rack so I'll be making more visits to this place.
Porto Romano
28, Persiaran Zaaba
Taman Tun Dr Ismail
Kuala Lumpur
Tel No: 03 – 7710 0509
(Pork Free. Open from 11.00 am to 11.00 pm daily. This is at the same row as Canadian Pizza, Homst, Santai and is directly behind La Manila Cafe.)
*Disclaimer: The opinions expressed here is entirely based on my personal tastebuds and may vary for others. The reviewer also declares that she has not received any monetary or non-monetary compensation from the restaurant for writing this review.
Tagged with: Taman Tun Dr Ismail + Mediterranean Food
Posted by boo_licious at 12:21 AM

Hi Boo, slightly off-topic but was wondering if you were at Max! two nights ago? I thought I saw someone who looked like you.

fulltime mom - sorry, was not at Max, haven't been there for some time though. Did you enjoy the food?

i NEED to visit this place! Look at the gelatos! tiramisu! absolutely slurppy...

looks yummy boo! hope that the gelato (esp hazelnut-is that just hazelnut or bacio?) here r as good as those in italys'. thanks for d recommendation, will definitely try it

Everything looks yummy, boo_licious. I'd probably go there for the desserts. Mmm...panna cotta....

Happy Valentine's Day to you! Can't wait for your post on your early reunion dinner.

after going thru all da food here for 20 minutes v have now put on another 1.8kg each. TQ

and happy valentines day 2 u and de boy

Max! was good. I enjoyed the duck breast. Panna Cotta was good there, too.

thanks for recommending. been passing by this place but never have enough courage to try it. happy valentine's day to you and splashie boy and happy feasting with your family!

sc - sadly I can't compare it to Italy's gelato since I've never been. I like the panna cotta but then I love panna cotta hence it's a must order when I see it on the menu. Happy Valentine's Day!

precious pea - not sure if I will have courage to snap pixs. I know one time we ended up in the room and lighting was so bad. Happy Valentine's Day!

team bsg - virtual kgs only! Happy Valentine's Day! to you too.

fulltime mom - u ate lunch there? It seems the duck breast is very good for lunch time and yes, I love their Panna Cotta. Must make a visit there once again. Think Max recognises me now since we were one of the first few customers in the early days before all this fame.

babe - the food is good here and portions are generous. I love the porto romano spaghetti, now craving for it as I'm super hungry. Happy Valentine's Day to you too!

Hope your Valentine's Day has been good, boo_licious!...despite having to spend it with relatives. ;-)

lyrical lemongrass - thxs! No biggie for us abt Valentine's day though.

No, had duck for dinner. I'm using Max's place for my husband's 40th, so went to look see, look see. They have done up the upstairs, so it's nice to have a private function.

fulltime mom - yeah, his upstairs area is nice and cosy. Did you see his Liverpool poster on his toilet door? He's a huge fan.

eh... didn't see that wor. other half would be glad to hear that. will let u know how the function goes later. it'll be mid march.

fulltime mom - if yr other half is also a Liverpool fan, they will have lots to chat abt. Hope it goes well.

goodness, i will definitely drop by this place....da food looks absolutely delicious!!!!!!!!!

meiyen - hope u like it. Think J also visited this place before. Now I feel like eating the pasta tonite.