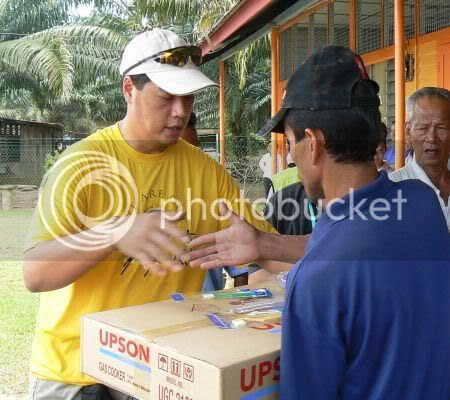 This time round, we made a trip down to Yong Peng and distributed items around the relief centres at Parit Yaani and the houses affected in Yong Peng. Originally, we were earmarked to head towards Bukit Ibam in Pahang which has a few villages affected but we also understand a large convoy of vehicles under the amateur radio group made their way there earlier on. To read more about their trip, check Marts News for updates. One thing you'll notice when you travel down south are various relief groups making the journey down on the highway to deliver aid to the victims whether it's opposition policital parties or car enthusiasts. 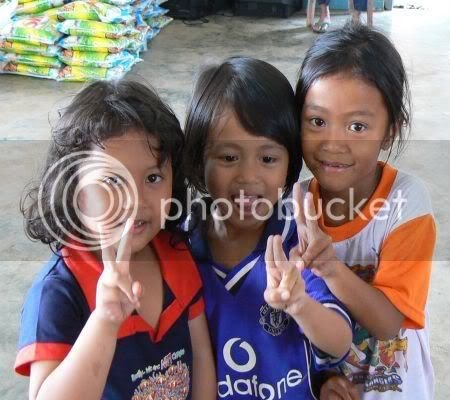 This time round, we had six cars in the convoy which transported a hefty amount of rice (approximately 227 bags, each weighting 5 kgs), gas stoves, food items, toiletries, diapers, clothes, kids toys and etc. We met up the Rotary group whom we had earlier delivered items to in Batu Pahat last week and the St John's Ambulance at Parit Yaani. Incidentally when you travel through the town, you'll see various groups of people and kids at the riverside fishing as the floods had displaced some fish from fish farms or even the river making them an easy catch for your dinner. 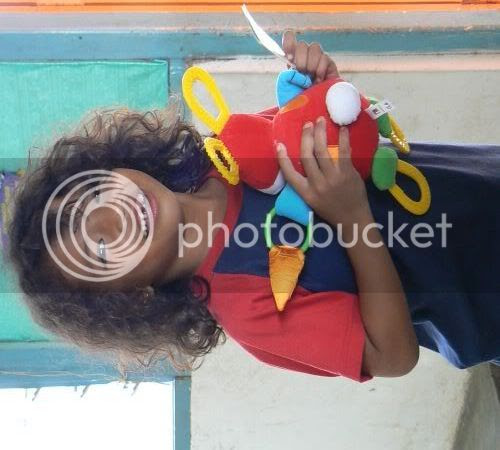 We visited two relief centres in Parit Yaani - one located within a school which had approximately 30 to 40 families staying there. The kids here were super enthusiatic especially when they saw my camera as they couldn't stop posing. The relief centre was a hive of activity with the National Service trainees gathering there and another family who also distributed aid to the victims. The trainees have been asked to help the villagers clean their houses affected by the flood. I chatted with some of the ladies who observed the activities from a distance and they told me their stay at the centre is coming up to a month but they will be returning home on Sunday. One lady almost broke down when she spoke about her home as she was not sure what she will find when she returns home. 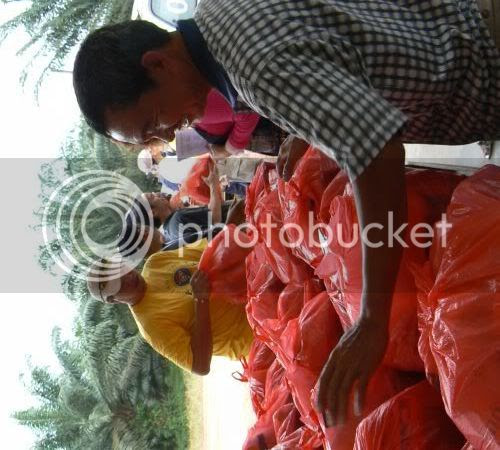 Just down from the school, is a Chinese temple which is now a temporary relief centre for a group of Chinese families. The atmosphere here is relatively quieter with the families gathering in an open area of long tables and chairs. 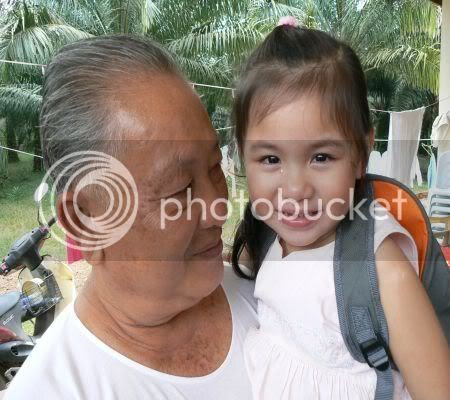 It was slightly difficult to communicate with them as they only spoke Mandarin but they were definitely happy to receive the items ranging from essentials like rice bags, gas stoves and colouring pencils for the kids. 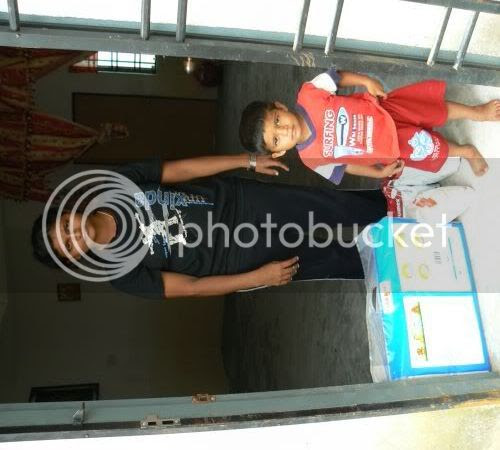 Subsequently we visited a housing area within the Yong Peng town which was affected by the floods. These people had registered for flood relief with the government agencies hence it was easy to identify them based on their addresses. If you peek into their houses, you'll see how bare it is as all they can afford are basic items. Families with babies or young kids also received milk powder and disposable diapers. Even though we went from house to house to deliver the items, we still had bags of rice undelivered at the end which we passed to the Rotaract Club/St John's Ambulance to distribute to other areas.
No more trips down south are planned at the moment but there is talk of another trip after Chinese New Year to see how the situation is. Thanks so much to everyone who contributed time, effort and items for the trip. Everything was very much appreciated by the flood victims whether it was a bag of rice or a toy. Many thanks also to the Buaya 4x4 group who organised things especially Silver Surfer and Kokonut Soldier and the Rotary Club plus the St John's Ambulance for taking us around to these places to distribute items.
Posted by boo_licious at 8:35 AM

The first picture, the guy looks exactly like my brother-in-law...who is that? Maybe it's him. Hehe.

By the way I just tagged you.

boo_licious, its not Rotaract, its Rotary, Rotaract is between Rotary and Interact...

You will be remembered for your kindness and generosity. Keep up the great work.

Eh, another week has passed. I thought you were going to post on the items required? Did I miss that or something? A toast to you and all that helped out-one way or another! And a toast to restored faith and hope in humanity! YUM SENG!

rasa malaysia - maybe it's yr brother in law? Dunno, you better check with him if he made a recent trip down to Yong Peng.

earl-ku - yeah, I noticed it a bit later hence I changed it. Thxs for the explaination.

flymeng - I'm just the official picture taker, snapped so many to fill up the CD.

wmw - we had a lot of stuff already donated hence I didn't put up a notice to say what was needed but thanks for thinking abt it.

fulltime mom - thxs! I'm just official pix taker though so the guys did most of the work.