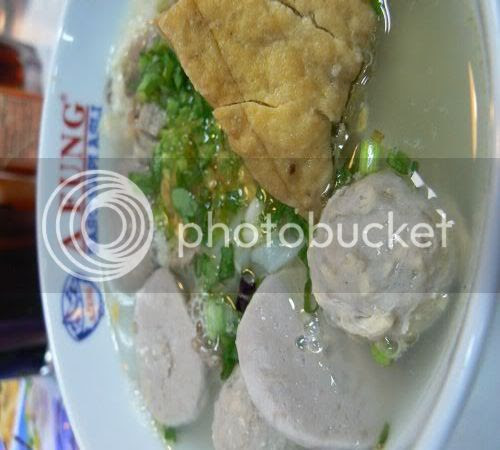 It's interesting to see the trends in food which is influenced by foreign countries - we have the Hong Kong chan tengs, Shanghainese food movement with Lai Mian and Xiao Long Baos, Argentinian steak houses and now the Indonesian invasion. Although Indonesian food has been here for quite some time in smaller shops, we seem to be getting invaded by Indonesian franchises like Sari Ratu, Natrabu and now, A Fung Baso Sapi Asli. If you google it, you'll find loads of references to this place as it has branches all over Indonesia. They now have an outlet in Desa Sri Hartamas which we tried some time back hence my memory about the prices is quite fuzzy. It does not help too that the thermal paper for the receipt has also faded with time. Food Safari has actually mentioned the place before and she has a pretty detailed list of the menu items in her blog.
This place is famous for it's Baso or Bakso which is basically beef balls which they serve in a few varieties. To test the different varieties, I had the Baso Sapi Asli Komplit which came with the normal Baso, Baso Urat (made with beef tendon and is slightly chewy), Baso Tahu (Tofu stuffed with Baso) and Baso Jamur (made with bits of mushrooms). I can't remember the actual price but I do remember it was around RM10 which can be quite pricey as the portions are not huge. I actually like the food and Baso Urat was my favourite as it was nice and chewy. 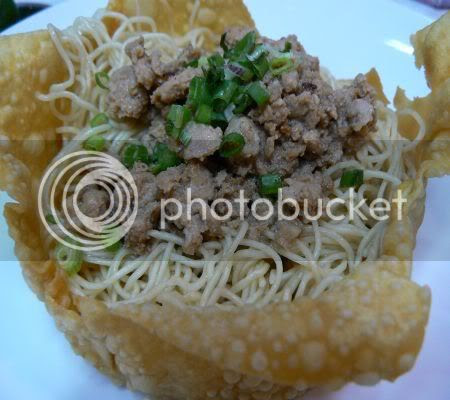 Splashie Boy had their Chicken Noodles (Bakmi Ayam) which comes in a deep fried wantan skin shell. Thumbs up to the noodles as it was nice and springy. However the portion was quite small so if you are a big eater, you will need to order additional food items. This place also serves Teh Botol Sosro, the must have drink with your Baso according to Splashie Boy. It's basically ice jasmine tea and surprisingly it does taste great with Baso.

Although the food is pretty good here, I have noticed that not many people frequent this place. Suspect it could be due to pricing as I felt it was a tad pricey for the portions they served. There was one time they were running a lunch promotion where free drinks were given and I guess it may have worked as I do see a slight pick up in their business at night.

Tried it some time back and wasn't so impressed with it. Quite oily too, I thought.

bayibhyap - oily? You must have eaten the fried items. The meal we had was pretty ok in terms of oil since it was quite soupy and the wantan skin that night was fine for us. I think the food is pricey though. Suspect it may not survive in Desa Sri Hartamas.

yaya.. i heard indonesian beef ball is very nice! But too bad i cant take beef too

ooo the chicken noodles look so interesting. I think jk will like it alot since he loves fried crunchy food. :D

Yes, the fried items. Maybe these spoilt my taste for the other better things. I'll see if I can make another trip to eat only the non-fried items on the menu.

Yes, very pricey. I went with a friend and apart from the main dish, we ordered one side dish to be shared. Including drinks, it cost us more than RM20!

meiyen - they also have chicken and fish if you can't take beef.

jackson - too bad! I guess you will need to settle for the fishball.

honeystar - yeah, the crunchy bit was a nice touch.

bayibhyap - most places in Hartamas charge an arm and a leg, wonder how they survive.

saw this brightly lighted place i think after the opened not long, so empty. dare not even walk in but now i would after what u've mentioned. thanks

babe - it's always like that rite? We tend to avoid empty places and then they kinda die slowly with the lack of business.