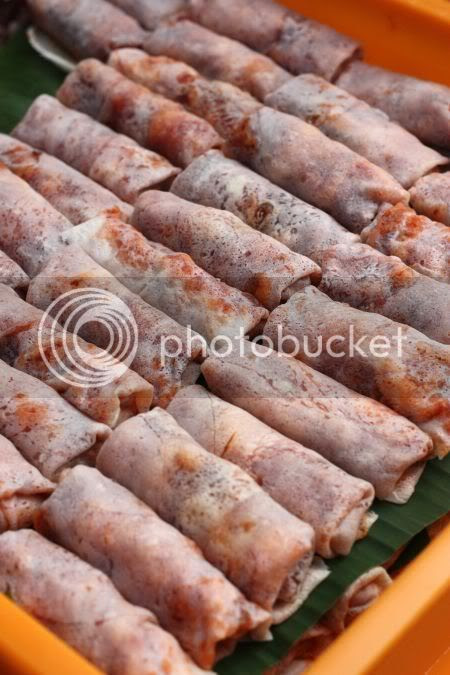 rows of popiah basah ready to be taken home

This year, we're moving on to a varied selection of bazaars - not the usual ones I cover every year, since I seem to only have time during the weekend to visit them. Must admit, I've yet to visit my usual haunts - Kelana Jaya, Taman Tun Dr Ismail, Section 14, Bangsar and etc. 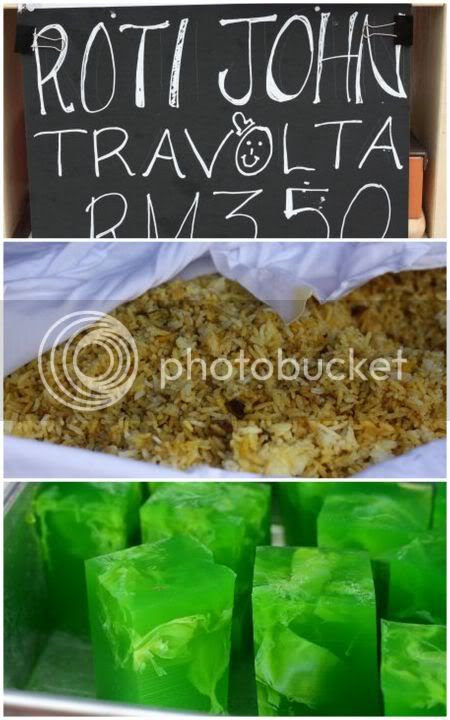 1. A little "Grease" goes a long way, 2. fluffy rice, 3. agar-agar with beaten egg white
Hence instead of the SS18 Subang bazaar I usually visit, we decided to look for this USJ4 one. The bazaar is definitely a lot smaller than the other one but kinda nice and intimate. That day when we visited, Hannah Lo and I think some high ranking officer from the government was also visiting the bazaar. Saw a cameraman covering their trail. In fact, I spied a few people carrying DSLR cameras around the bazaar that day. Guess this place is super popular for pictures. 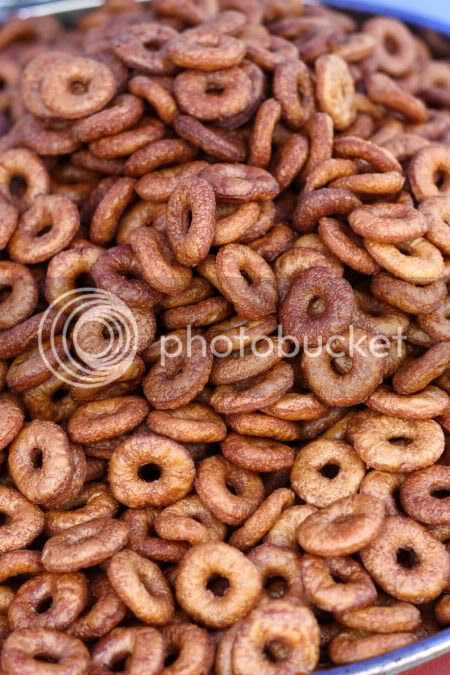 crunchy teeny weeny denderam
What stands out in this bazaar is one particular stall - the Murtabak Langkawi one. Loads of people queueing up for the murtabak that is cooked in a slightly different manner. 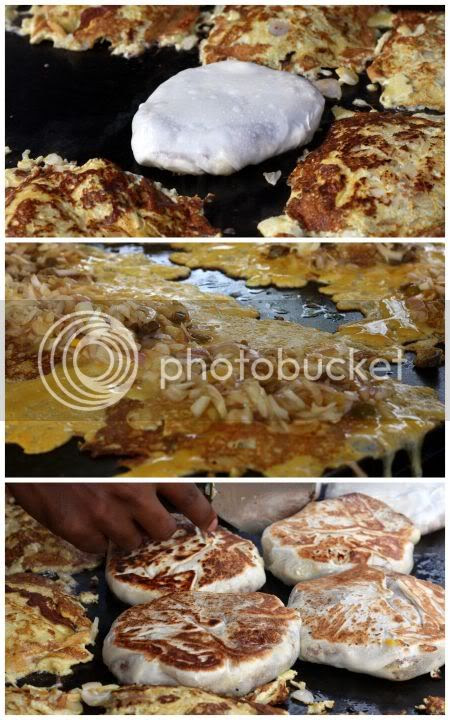 learn how to cook murtabak a little differently...cook the eggy mixture first
I spent quite some time at the stall, snapping pictures of the whole process. At this stall, instead of placing the eggy concoction (beaten egg, chopped onions and some minced meat) within the dough to cook, they cook it seperate. Kinda reminds me of an omelette. 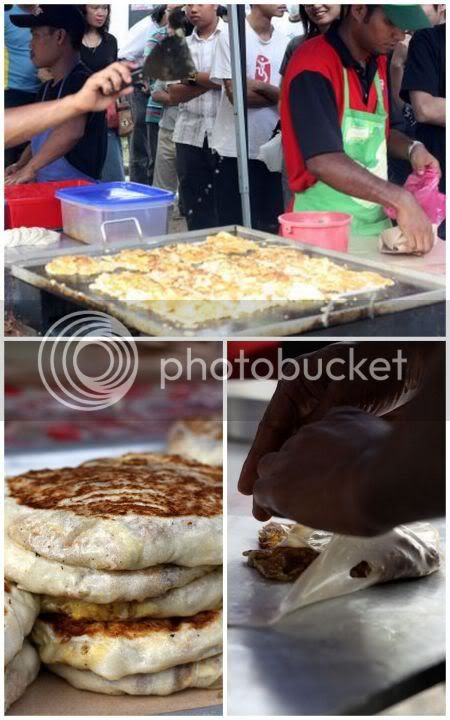 the crowd waiting patiently, wrapping the dough over the "omelette", the finished murtabak
Once it is cooked, it is encased in the thinly stretched out dough and placed back on the skillet to brown. Am not sure how the taste is, since we didn't have the patience to join the line of people, but I'm sure it must be nice, judging from the crowd response. 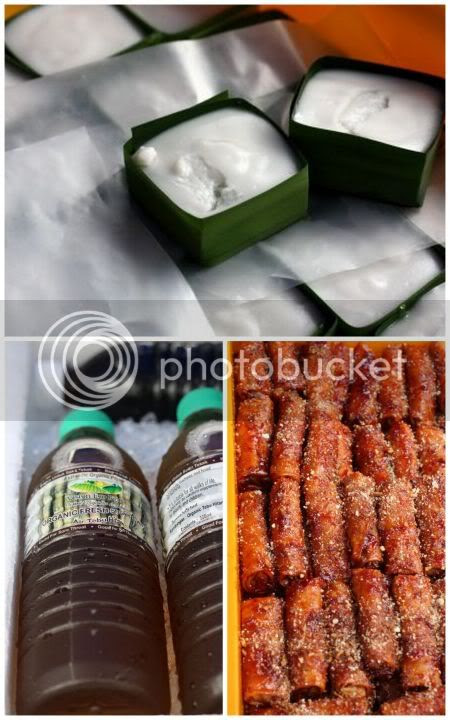 tako dessert, spicy deep fried popiah, organic sugarcane juice
We didn't get much items, just the sweet items to try. The tako, the Thai inspired dessert with a coconut milk layer and chesnut jelly layer was pretty good. Been ages since I've eaten these dainty desserts wrapped in pandan leaves. We also tried the denderam that wasn't as crispy as I liked. The cekodok, we also bought from the denderam stall was a disaster - no taste of bananas! 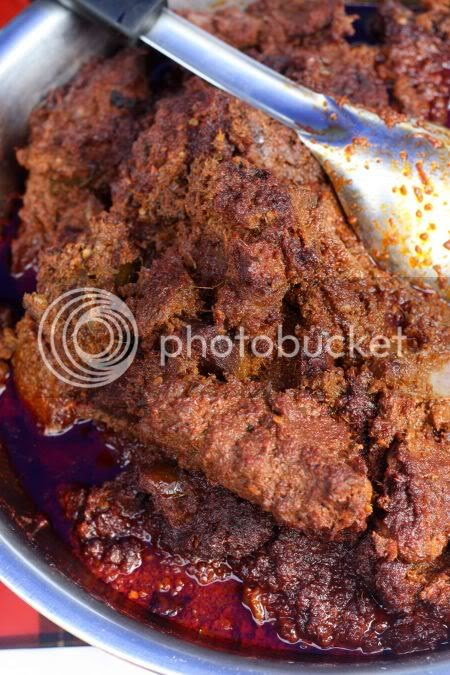 rendang from Victory Arab Street
Other stalls that looked interesting were the Chinese Muslim one selling noodles, Nasi Lemak Nangis (huge crowd all over the stall), the nasi ayam stall and one particular kuih stall that was deluged with people. Generally, when there's a crowd, just zoom in on those food items as you know they're good. While the variety is not large, this place definitely deserves a stopover purely for that unique Murtabak Langkawi. For more pictures, see my Flickr set. Also look out for more unusual places (off the beaten track), which we covered like Sri Serdang and Pandan Indah.
Ramadan Bazaar USJ4
Along USJ 4/5
(Next to Restaurant New Apollos)
Subang Jaya

Bazaar can be seen from the main road of USJ. If coming from Subang Jaya, the bazaar will be on the right hand side. Best landmark is the New Apollos coffeeshop.
Posted by boo_licious at 10:00 AM

4th post on Ramadan Bazaar.. u really gonna hit all those bazaar in klang valley??? *Salute and applause*

The rendang is sinful!

every year I must come to your site and read about Msia ramadan bazaar.....I think Msia has the best in the whole world

hmmm, that seems like a more time-consuming way of making murtabak. wonder whether it really tastes much different. looks great though!

nasi lemak NANGIS? geez, such a glamourous (not) name.

but you're really doing fantastic job, boo. someday you can compile a book of all those ramadan bazaar adventures.

I think I must try the Murtabak! What time does the bazaar open?

what a way to cook murtabak!

oo..i luv those tako! But most of the time disappointed cos it was normal kuih pelita.

now i really must get hold of some murtabak as soon as i spot it!

nice post.
my fav style of murtabak. can't believe they have it here in Selangor.
usually i'll have to wait for my trip back to Alor Setar to have that kind of murtabak. or if anybody happens to come down to KL, i'll have them buy it.