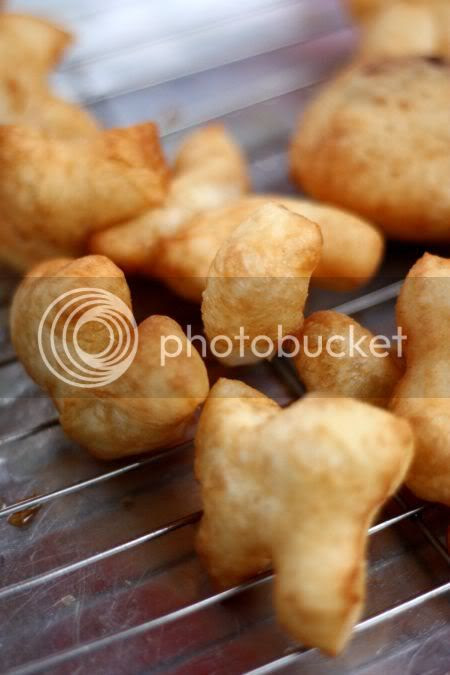 It took us quite some time to locate this bazaar, but we're glad we pursuited it as it had some unusual stalls. Love how each area has their specialties. 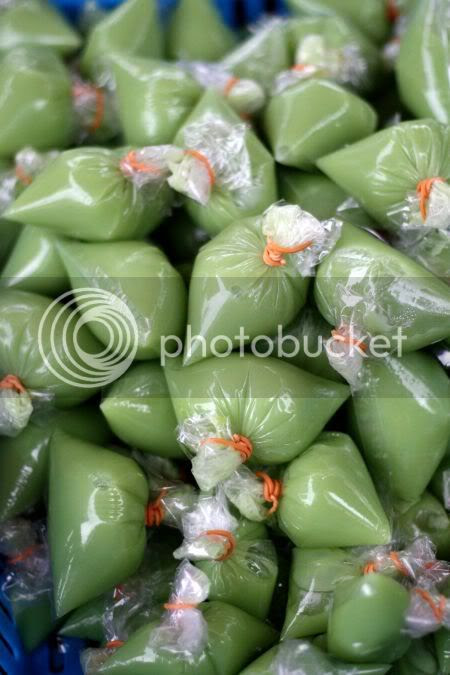 These teeny weeny chakois or dough fritters seem to be unique around this area, as I first stumbled upon it at Nong & Jimmys at nearby Taman Dagang. I reckon it could be a Thai influence since I've seen them selling these, in Bangkok and Haadyai before. I love the pandan flavoured kaya served on the side, to dip these crunchy fritters. 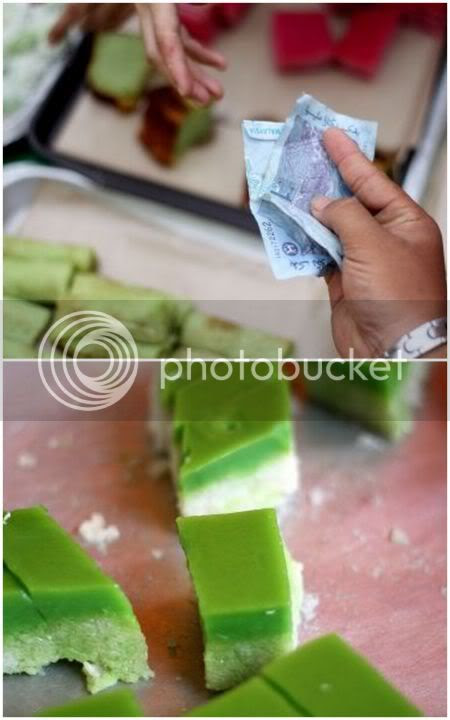 There's quite a heavy Thai influence around the Pandan Indah area, with restaurants and the popular Thai Market Font located within the shophouses. That's where people come and get those Thai vegetables, spices and herbs you don't get in the local markets. Every Sunday, drop by as they serve these super spicy curries made from unknown items, satays, noodles and etc. 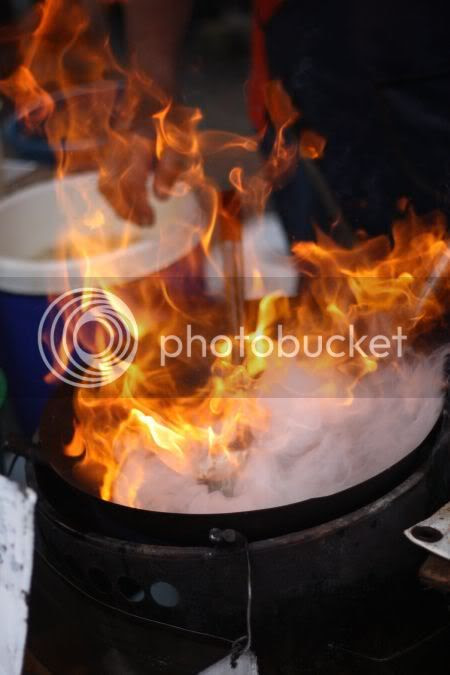 Back to the bazaar, the stalls are cramped in one small area near the apartments but the crowd is bearable. Not being from the area, I have no idea what is famous but some stalls get a huge following like the Nasi Lemak Bob - packets of nasi lemak being prepared like a factory production line. 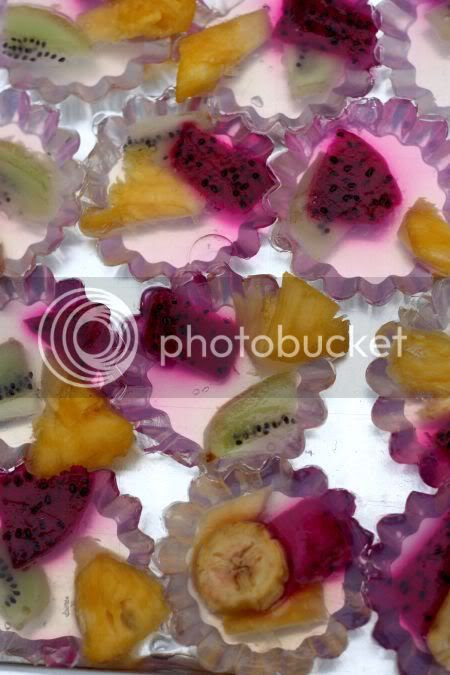 We were attracted a stall selling all kinds of agar agar with fruits within them. Pretty to look at, snap pictures but honestly they just tasted average only. 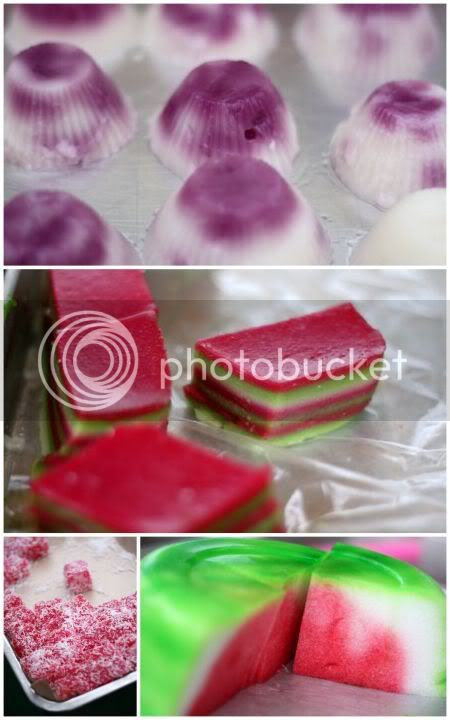 One particular kuih stall was doing booming business, a mini van selling with trays and trays of Malay kuih, agar agar including the watermelon agar agar. Must be very good stuff as the queue was so long for their items. I also spied one stall selling the dried agar agar, known as agar agar sakar. Pretty rare stuff since they're very hard to make. 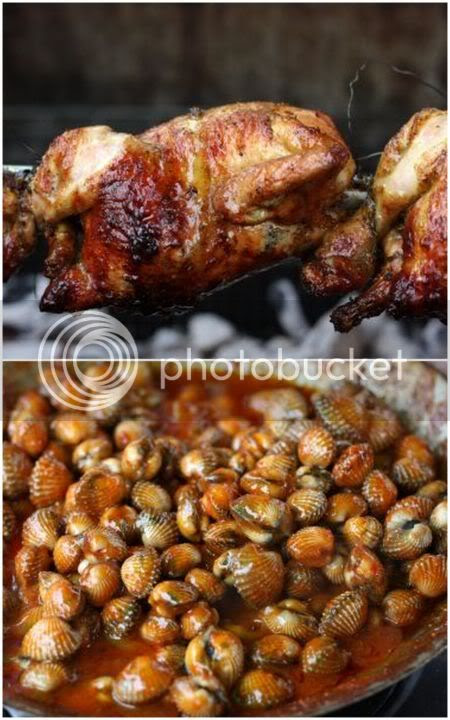 There were a few stalls selling cockles done in various ways, cooked in a spicy sauce that looked very delicious, roasted (bakar) and steamed. The ayam golek was also present with the stall owners using various methods to make this delectable juicy chicken - one within an enclosed "oven" and some just on a rotating metal bar. 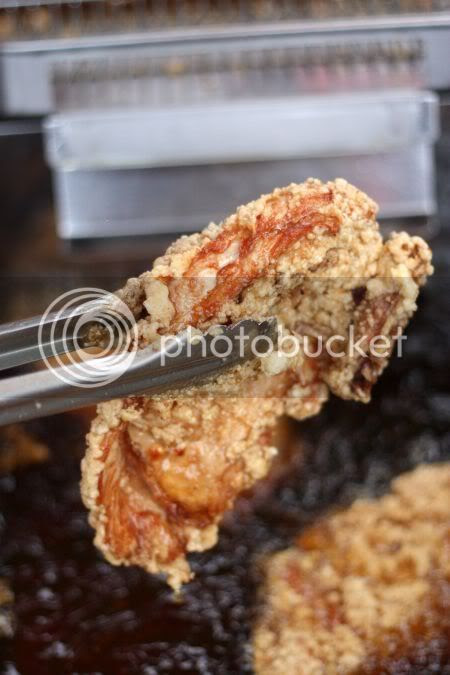 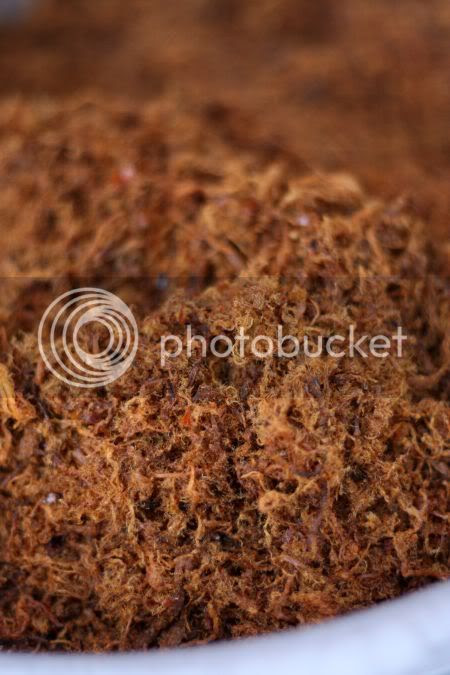 Some stalls had taken old items and given it a new look, like this fellow who was selling Roti John Bersalut - he added a breadcrumbs to the bread to give it a crispier texture. 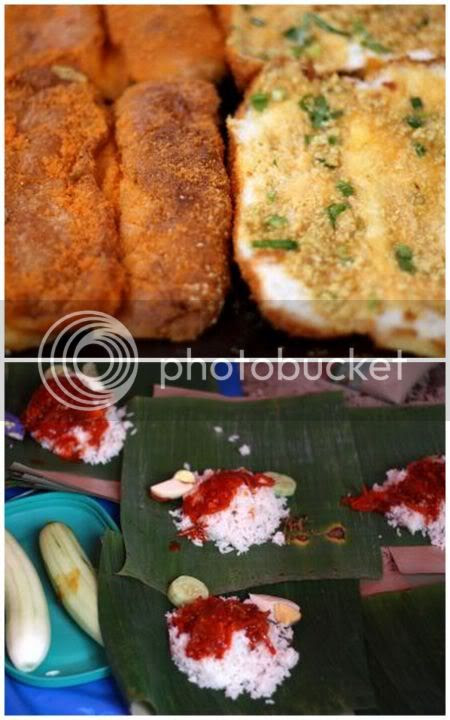 Loads of rojak items were sold here, you had the fresh fruits version, the deep fried version known as rojak singapure where you pick the items and they cut it for you and for the first time ever, they even had packed rojak paru goreng aka rojak with fried cow's lungs! 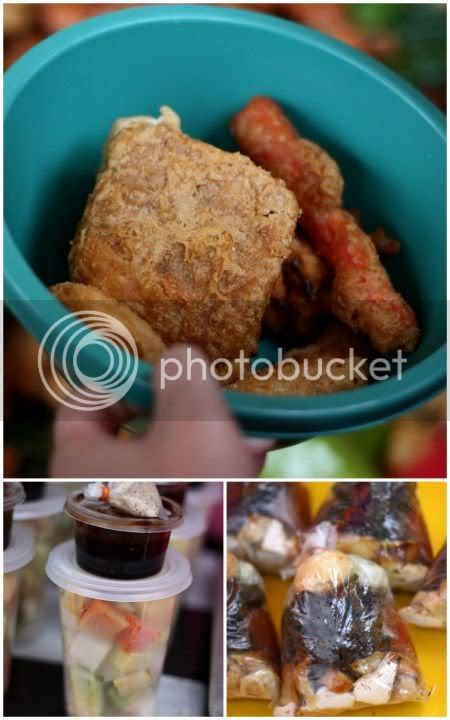 One stall had the whole lamb being roasted over a charcoal fire. Sadly since I was late (searching for the bazaar), we only managed to catch a picture when the meat has already been almost stripped apart. The stall owner was also grilling some parts of the lamb on a seperate grill as it was not cooked properly. Looked very good since he slathered some brown sauce over it. 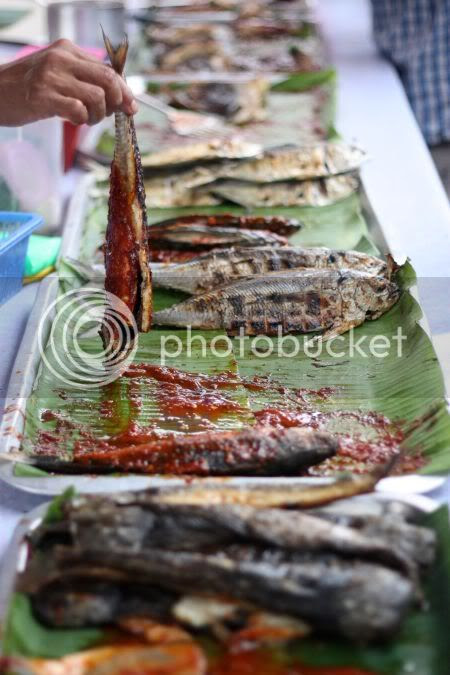 One stall owner was frying up char kuey teow with huge flames. Wonder if the noodles will taste nice, as everytime he added something, it almost went up in flames. 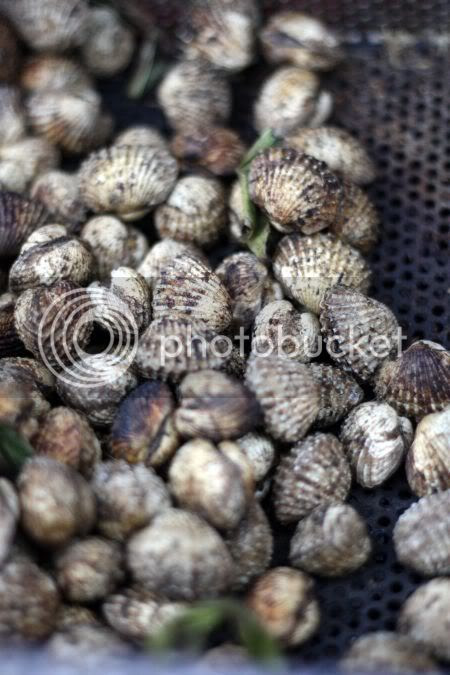 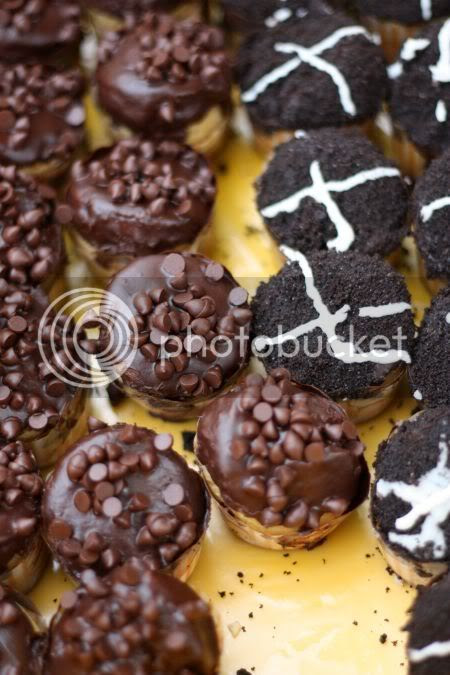 Pretty good selection at this bazaar, makes it a great place to drop by during the weekend. Saw a few people snapping pictures also of the bazaar and parking is available at the housing area but a little walk is necessary. For more pictures, see the Flickr set.

To get here, on the MRR2, take the turning towards Pandan Indah or Menara MPAJ. The bazaar is sandwiched in between these tall white apartments and a field. Across the road, you will see the Pandan Indah fire station.
Posted by boo_licious at 10:05 AM

went to the 1 near the shah alam stadium on the wkend..

hectic i tell ya!!

good good good... I think that I will spend time reading your post than hitting those bazaar, given those human and car jam..

haha, i stay in one of the apartments over there, whenever i'm in KL. :)
ironically.
the mini chakoi (or larger versions) is readily available in most ramadan bazaar, and even sprouting in some malay eateries.
but i've had one served with some kaya-like concoction, but sweet and sour! yucks ...

I've been living in Pandan Indah for a while and I'm a huge fan of nasi lemak bob.

There's a lot of nasi lemak stalls in Pandan Indah and I've tried most of them but none come quite close to Nasi Lemak Bob.

Theres something special about the spicy sambal. I usually take nasi lemak biasa (RM1.20) extra sambal as my dinner/breakfast staple and cook some eggs at home.

During regular non ramadahan months, his stall is located near menara maxisegar, open in the morning and evening from Monday to Friday.

i concur with paleikaiko
two thumbs up for nasi lemak bob

I love bazaars, but I hate the crowd. How? Die.

Joe - have to be selective. I finally had the Papa John's roti john mixed and that was super yummy stuff. You didn't eat pecal?

leo - good idea, avoid the crowds and the threat of H1N1.

j2kfm - aiks, sweet and sour does not do for me either. That fella must hve added salt in the dough?

palekaiko - thxs for the info. I suspected it must be good as so many people were queueing up for that simple (but am sure very delish) looking packets.

spongebong - cool stuff! Must give it a try.

qwazymonkey - go early early and you will avoid crowd. Don't go at 5 or 6pm, peak time.

We only have frozen kerang here. So far I've never seen a fresh one. But we got loads n loads of mussels.

The agar-agar are oh so pretty!! But they never do live up to the promise of their appearance! The cockles on the other hand, demand further thought and trial...

I really like the Cha Koi in Thailand. For some reason theirs stay crispy even when they're cold.

scary see-hum! i dare not eat the bloody ones.. having said that i eat em in my curry laksa. weird hor?! LOL