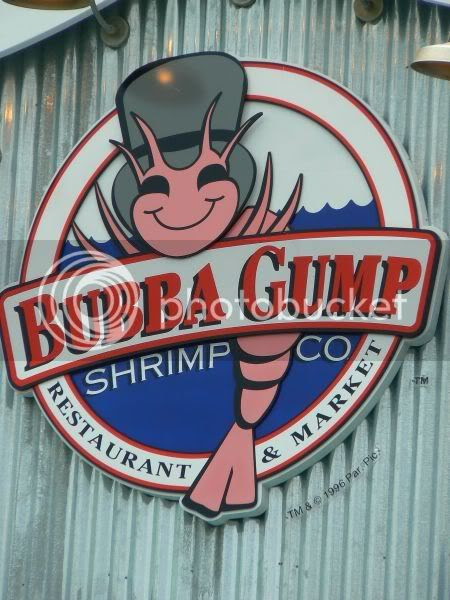 hubba bubba - the shrimp has now landed in Malaysia

Although this place just opened a few weeks ago, the blogosphere seems flooded with reviews already. I'm kinda not surprised as it was super packed on Saturday, when we dined there. We scored a pretty good seat inside since we were early but I did spy loads of people dining outside on the deck. 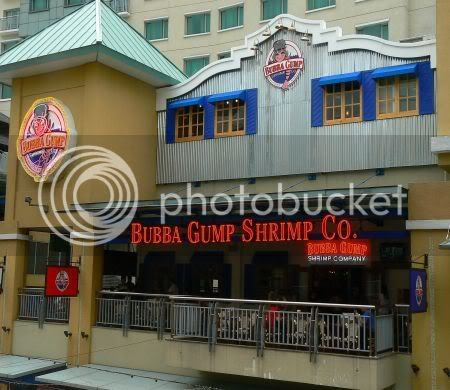 Located just above The Gourmet House at the Curve, the restaurant occupies two floors, with a souvenir shop at the side. Loads of Forrest Gump memorabilia is displayed on the walls, tables and everywhere else - we sat just at the bottom of Forrest's Run of America outfit. For those who have never seen the movie (my god! where have you been? under a rock?), the television at the bar will keep replaying the iconic movie until you're sick of the phrase, "life is just like a box of chocolates, you never know what you're gonna get." 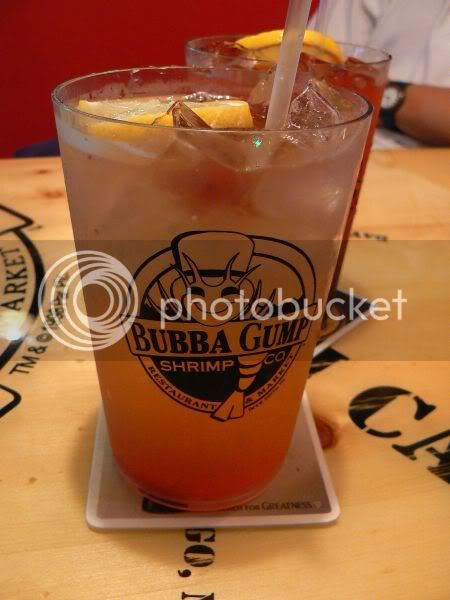 Lemonade - both kinds; strawberry and blueberry

Since there was only the 2 of us, we didn't order much - just two entrees and drinks. To make your dining experience a little unique, there's a few rules here. For instance, you get two signs on the table (similar to driving licence plates in the USA); a red one that says, "Stop, Forrest, Stop" and a blue one, which says "Run, Forrest, Run". Depending on which plate you display, the wait staff will respond accordingly. It takes a while for them to check this out since there's no bell or indicator that you wish, you could just clap your hands to get their attention just like a Japanese restaurant. On the table, you get a metal bucket with condiments and there's a ping pong bat with a menu. I found the ping pong bat amusing, since they attached a long thin chain to keep it from "walking away". 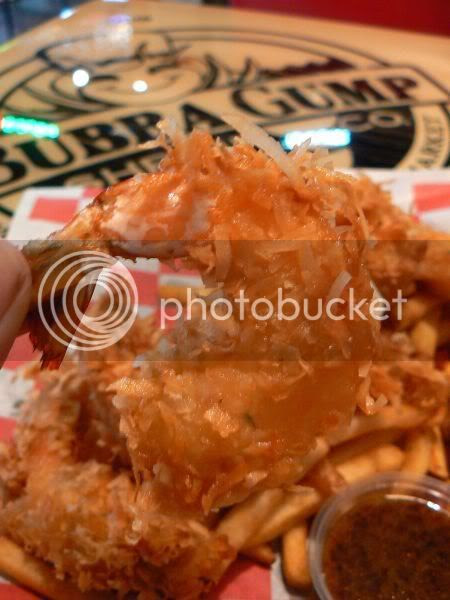 was it dumbluck that I got? - dumbluck prawns served with cajun marmalade

There are loads of different drinks - cocktails and mocktails. Some of the cocktails even come with a glass (with Bubba Gump's logo) that you can take home as a memento. We both opted for the lemonade, which you can either have with blueberries or strawberries (RM10.90++ per glass). Didn't taste much like tangy lemonade as it was quite watered down. 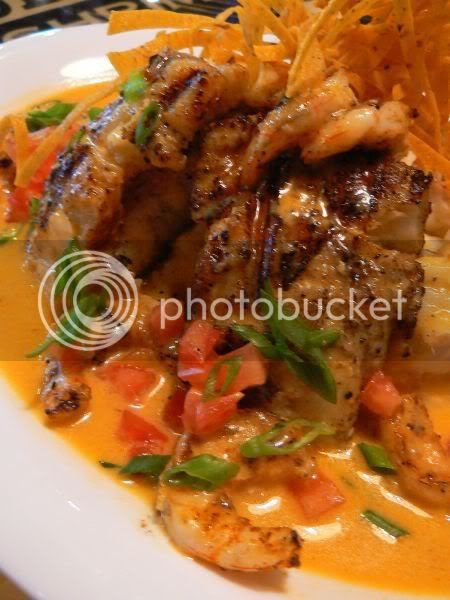 I vaguely remembered reading Fatboybakes' review and ordered the highly recommended Dumbluck Coconut Shrimp (RM38.90++). Must have been my "dumb luck", as I did score huge prawns in a batter sprinkled with dessicated coconut, but they weren't springy fresh. I enjoyed the Cajun Marmalade dip it came with - a mix of seeded mustard and bits of orange rind. Very tangy, with a slight hint of sweetness. Fries and coleslaw accompanying the prawns weren't anything great to shout about.

Having asked the waitress what was recommended, she suggested the Bourbon Street Barramundi (RM29.90++), a mix of grilled barramundi fish, prawns (peeled) served with a sauce, mash potatoes and deep fried tortilla strips. Very comforting indeed, you could shovel spoonfuls of everything in your mouth. I didn't quite like the rich creamy sauce, it came with as it was a bit salty for me. After polishing off the food, we didn't have any room for desserts even though the chocolate cake in the jar (That Chocolate Thing) looked mighty tempting.

Overall, my impression of Bubba Gump has been it is a good place to hang out with friends and chit chat. However, food and drinks here is not cheap so expect to fork out almost RM70 to RM80 per pax, if you're going for the full monty (i.e. the 3 course meal plus drinks). It definitely makes sense to come here with loads of friends, so you can share the food and sample more items. If you hate crowds, you may want to avoid right now as everybody seems to want to dine here at the moment.

(Halal. Menu consists of quite a lot of prawn dishes. There is also beef, chicken and fish dishes, if you prefer but a limited choice.)

Tagged with: Bubba+Gump+ The Curve

When i saw the name of the restaurant the first thought that came to my mind was how similar it sounded to the way most Msians pronounce 'Bubble Gum'.

yeah everyone seems to be talking about this place..hav to let it settle dwn b4 even thinkin of jumping inside..mayb i shud get a ping pong bat and start to bat my way thru..

i hear ya... bring friends!

too many new eateries but too little time...

hmmm from various reviews, not many came out positive ya? and the price certainly comparable to Chili's or TGIF's, but the portion seems slightly smaller?

junkgirl - LOL! Slang from all of us but nope, it is a franchise from good ole America.

Joe - I think you will fare better if you go to a prawn fishing place with a net to catch fresher prawns vs this place!

cumi & ciki - hee hee, and if they pay for your meal, even better.

daphne - yup, what inflation woes are we having?

ling239 - I think 5 to 6 prawns but the prawns weren't springy fresh though.

j2fkm - I find the food okay only. Personally I prefer Chillies but then, this is kinda unique since it is a "theme" restaurant.

I am gonna sit and wait a while longer before i walk into that place. Too pack sure wait also too long wan...

bernsy - hee hee, hopefully it passes yr test vs the apt across the mall.

im a big fan of forrest gump’s film!! i wish to go there someday…but it would be nice if someone can confirm whether the restaurant is halal or not…cos a lot of muslim here..huhu

I like your second picture of the restaurant, may I post it in my blog? Thank you

Good place to hangout and good wholesome food. Its shrimps, shrimps and shrimps for me. My son's favourite!