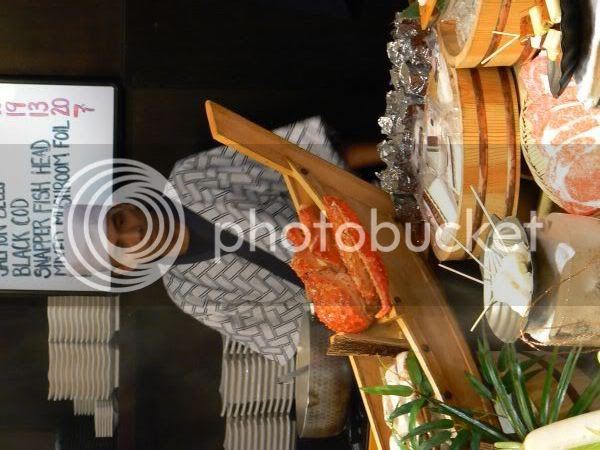 Last Friday, it was RSVP at the newish Japanese restaurant in Northpoint, Ninja Jones. There's an impressive entrance where you need to press a button to open the metal doors, black clad ninjas serving you, cascading water behind the staircase and the robatayaki with the display of all the grill items. You can also sit around this area to watch the chefs prepare the food. This izakaya place is owned by the same people who own Ozeki and Hanabi. Looks like they used to own Oishi too as they served us on the old plates. 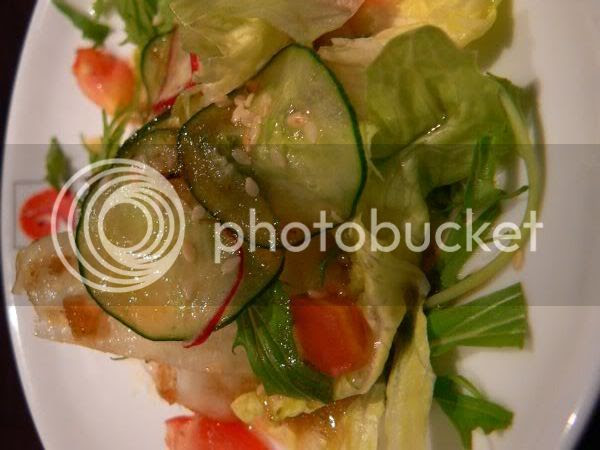 We met up with the other bloggers, Lyrical Lemongrass and her husband the Bald Eagle, Nigel Skelchy of Kampungkayell and FoodieLianne. As the restaurant was huge, tables were well spread out hence you don't really get to see other people dining so we had our nice little nook. As and when you sat down, they will serve you your food and of course the infamous Martell cocktails. No drinks for me since I was still on medication. To start, we had a plate of salad. Just a mix of vegetables of lettuce, sliced cucumbers and radish tossed in a light dressing. 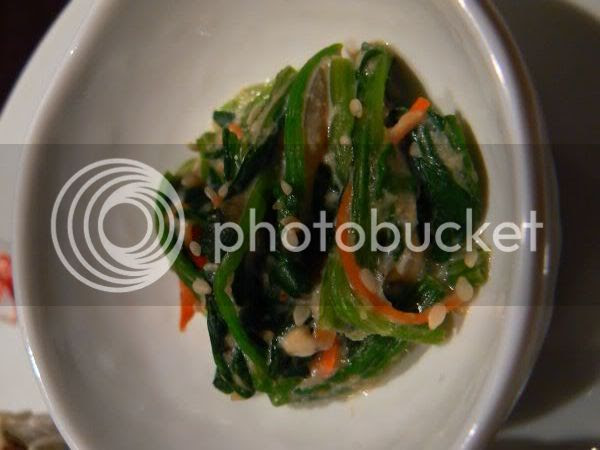 The appetisers came in tiny plates for us to sample - first was the Shira-ee which was steamed vegetables with beancurd. The beancurd is mashed and coats the spinach and tossed with sesame seeds. Pretty good and refreshing. 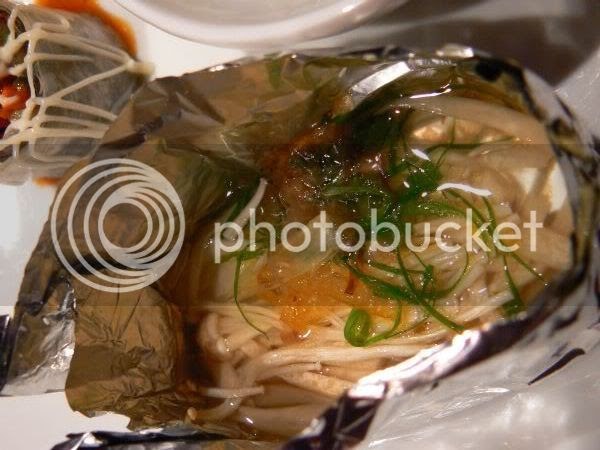 I liked this a lot - the mixed foil yaki, a mixed mushroom soup with lemon. The soup is nice and sweet and filled with sliced enoki and mushrooms. Delicious to the last drop. This was just a sampler size but if you see the first picture, it's about RM20 if you order a la carte and I would imagine a bigger portion. 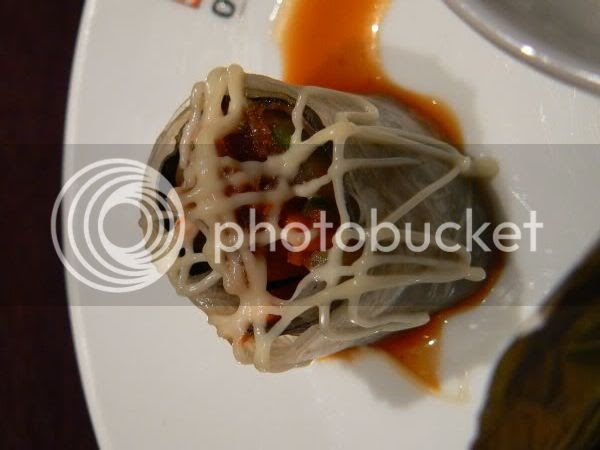 The last appetiser was their Yasai Naraharumaki, the fresh vegetable spring roll which came drizzled with Japanese mayonnaise. 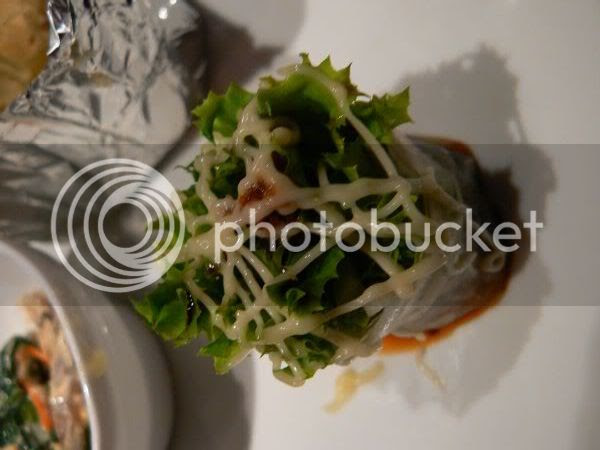 This is the same roll but this version had a fluffy lettuce leaf stuffed inside it. Both the rolls got our thumbs up. 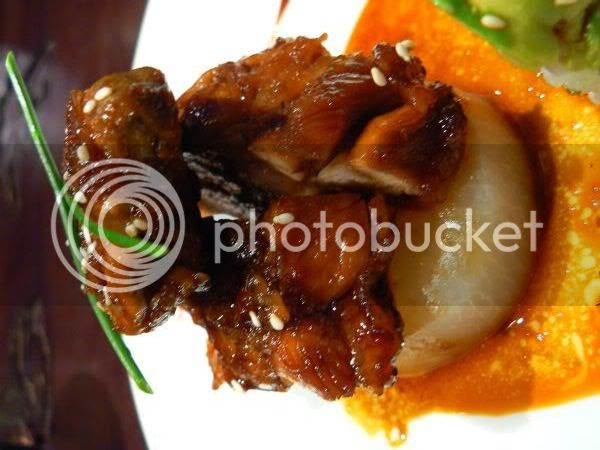 For mains, they served their Ninja Millefeuille. This version is the goose liver and chicken on radish. The chicken is coated in a sweetish teriyaki sauce which you eat with the tender goose liver. 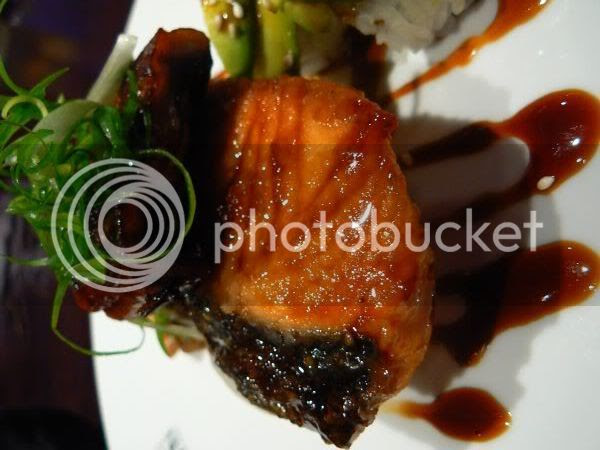 The fish version came with pieces of salmon teriyaki topped with unagi. Although the salmon was slightly overcooked and dry, it tasted good. 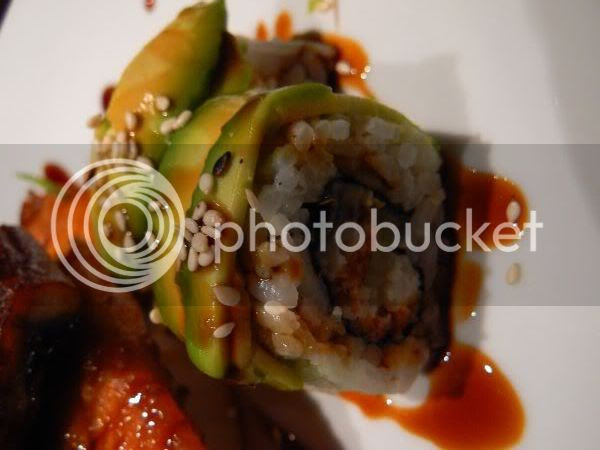 Both the mains, came with a portion of avocado sushi roll which was very good especially with those melt in the mouth avocado slices. 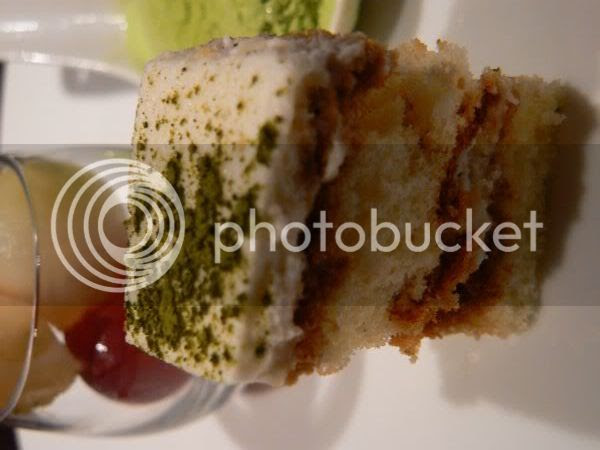 We were then served a dessert platter - fresh fruits, tiramisu and green tea ice cream. The tiramisu was more like a sponge cake with cream versus the traditional version we are all used to hence it got the thumbs down. 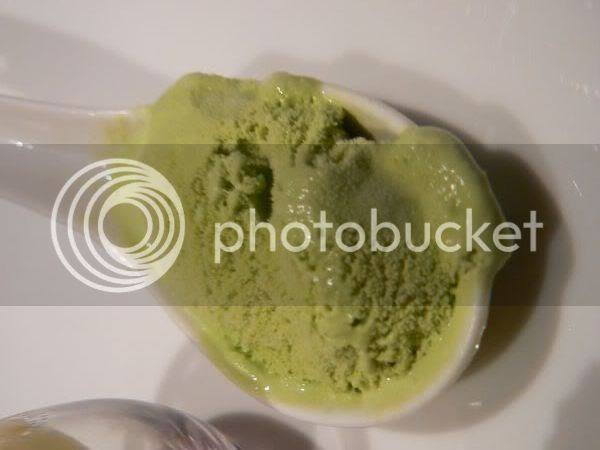 The ice cream was good but such a small portion. Although most of the items served was quite small, it did offer us a chance to sample the food at Ninja Jones which was the idea. The food is pretty good and we wouldn't mind coming back to try the a la carte dishes especially the robata dishes. It was good fun especially after lots of Martell drinks and cam whoring with the food.
Ninja Jones
A-G-5 Ground Floor
Northpoint
Mid Valley City
1 Medan Syed Putra Utara
Kuala Lumpur

Tagged with: Japanese Food + Northpoint
Posted by boo_licious at 9:48 AM

i know i missed the event but i didnt lose out to you guys.. i had a grand total of 2 meals there last weekend!!! grand review coming soon..ooh the foie gras was damn goood

what a fun night we had! The company made all the difference. :-) Can't forget all those toilet jokes. :-P

joe - wow 2 meals. U did miss out joe, not on the food but our great company as we had a lot of fun!

lemongrass - it was very nice esp those condom and blow and dry jokes. LOL!

da greedy me wouldn't be satisfied with just a spoonful of da macha ice cream lol....

looks like it's time for jap food soon! hehe

Been there thrice (I think) but don't seem to have tried any of these except for the macha ice cream. Next time I'll ask for d RSVP menu!

Oooh looks like I missed a good dinner. Must say, the RSVP menu here looked a lot better than the previous one.

haha how about another date in ninja jones?

aiya! I missed it! Arrr.... someone get me the teriyaki salmon pls!!! Yr shooting skill really make me drool!!

meiyen - LOL! Yeah, portions for the desserts were small.

sc - yeah, made me crave for Japanese again.

tummythoz - so many things in the menu but not sure if this is in it.

paprika - yes the food here was much better.

jackson - pls wipe drool off the keyboard or else will cause technical difficulties.

kumpung boy - nigel took pixs of the ninja. I didn't due to the angle I sat at.

Looks like I missed out another great event. Nice pics.

great to hear about the good food and company. where is next month's RSVP?

jackson, maybe can organise another dinner there for those whom missed out like me :p

Great, looks juicy and delicious. I was with Miss Pinky(a food blogger at www.mylivingwall.com) for a sushi bar tasting too.

babekl - next mth's RSVP is at Marketplace which is a new place at Lorong Yap Kwan Seng.

big boys oven - wow, sounds good. Was it the new sushi place in 1U?

hi boolicious, have just read ur review on this rsvp event. haha the portions were unbelievably tiny! the date and i had to order like 5 other dishes to satiate our tummies. will u be going for the upcoming rsvp at marketplace?