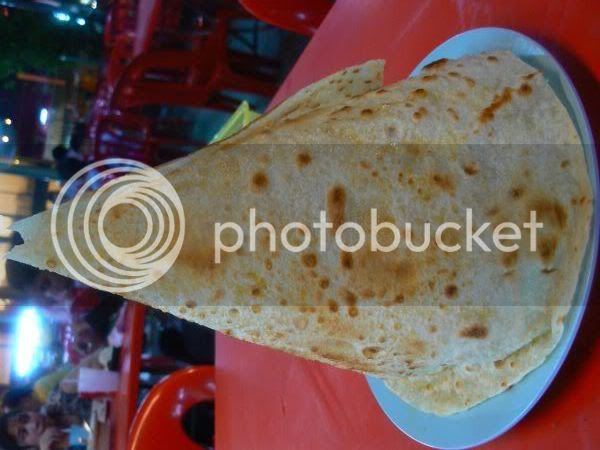 During the week, we were around the Ampang area visiting a relative at the Gleneagles hospital. Searching for something to fill our tummies, I remembered Suzi's Corner. From what I remember, quite a few people recommended their steaks. Unfortunately the day we visited was the steak corner's off day hence we settled for other items. There's an amazing amount of variety at this place that one will have to take some time figuring out what to eat. There was naan, roti, fried rice, noodles, murtabak, chik ku teh (the chicken version of bak kut teh), chicken porridge, chicken wings, otak otak, satay, steaks, burgers, ikan bakar and etc. 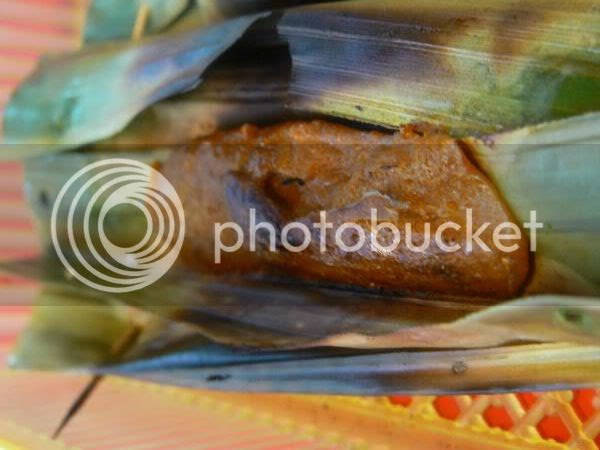 Feeling at a lost on what to order, I scanned the other tables to figure out what they were eating. One table was just solely eating otak otak and satay hence we ordered those two items. I also settled for Roti Tisu as it's been ages since I have eaten one. Suzi's Corner Roti Tisu is not bad - paper thin and super crispy. There's a layer of granulated sugar on one side of the crispy roti which is a nice combination with the slightly salty margarine taste. I was flicking off as much sugar as I could from the roti to reduce my sugar intake that after a while the table was looking like a war zone of sugar granules. The otak otak we had (minimal order is 4 for 50 sens each) was not bad, a bit over grilled but quite tasty. 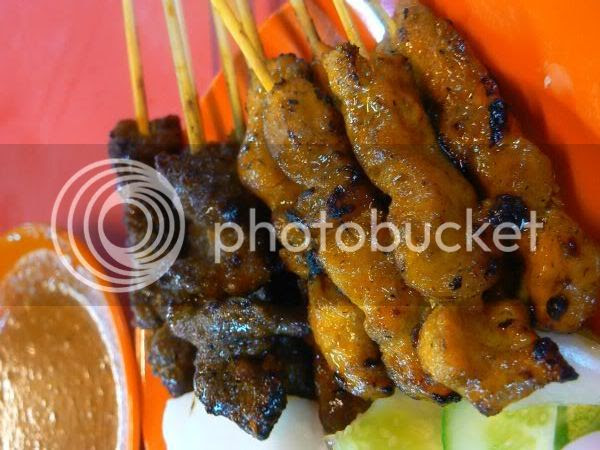 We ordered satay, a variety of beef and chicken. The satay was pretty good - tender chunks of meat with caramelised edges. However, the sauce was dismal and totally lacking any peanuts. Each order comes with ketupat, cucumber and onions. 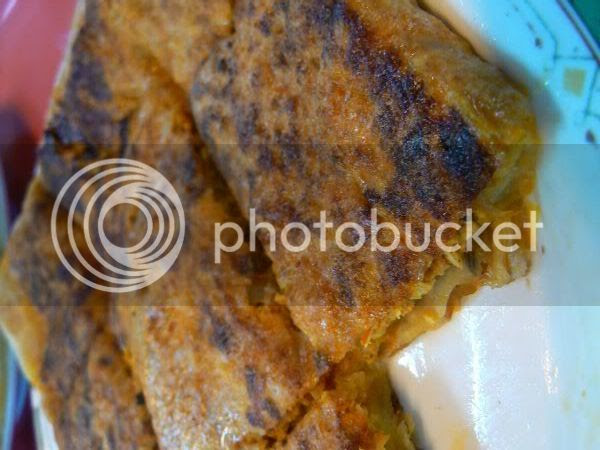 Splashie Boy had ordered the Murtabak Ayam which came after quite a long wait. This was pretty good as the murtabak was crispy on the outside with a moist and juicy filing of cooked chicken inside.
If you're ever within the Ampang area, give Suzi's Corner a try as the food is pretty good. Parking can be quite problematic though as the area within has limited parking spaces. We parked behind and walked to the place so I can imagine during the weekends, this will be chaotic.
Suzi's Corner
Jalan Hulu Kelang
Kuala Lumpur
(Halal. Open daily from 6pm onwards. Note that the Steak and Hut place is closed on Tuesday. To get here, drive down Jalan Ampang, turn left just before hitting Ampang Point Shopping Centre off Jalan Ampang, Suzi's Corner is on the left hand corner. You will need to take the first left hand turning to enter the place (where there is a furniture shop).
*Disclaimer: The opinions expressed here is entirely based on my personal tastebuds and may vary for others. The reviewer also declares that she has not received any monetary or non-monetary compensation from the restaurant for writing this review.

Tagged with: Malaysian Food + Roti Tisu
Posted by boo_licious at 9:02 AM

Has been eating here for many years, but usually will avoid coming here during weekends coz as you guessed it, it's too packed.

But yea, you got to try the steak (and other western food) there. Apparently the owner/cook used to be a chef in some big-shot hotel. ;-)

That's why I like foodblogs. I get reminded of places which tend to slip my mind in pursue of new feeding grounds. Time for a revisit. Thx.

THE SATAY!!! WAAAH!! I can imagine putting it into my mouth oledi...yumz!

wow... i like th epicture of otak-otak! That a great shot!

The satay looks awesome..... my favorites. Very few good satay close to me. ;-(

tankiasu - thxs for the tip on the steak! Sounds yum. Must make another trip there.

jackson - it was yummy and fun snapping it.

kumpung boy - time for a visit to this place? The satay is nice but Hj Samuri's peanut sauce is much better.

Great blog! I also love Suzy's but I go for the steak! Check out my comments here: http://theyumlist.blogspot.com/2010/07/suzies-corner-ampang-kuala-lumpur.html