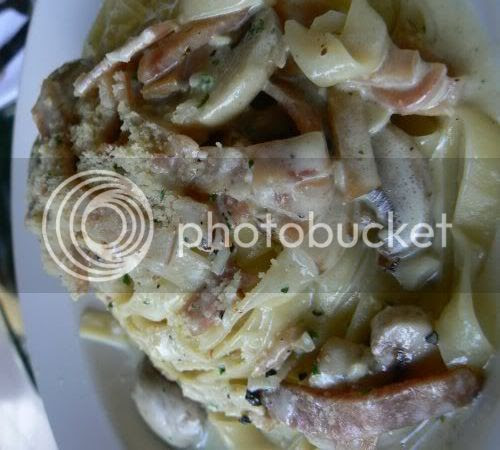 One weekend, we thoroughly explored the Bandar Manjalara area to search for De Foodland. Initially we thought it was at the shophouses near the petrol stations hence we went round the area a few times to look for it. After finding it completely away from the area, we eventually returned here for a very late lunch.

At first we thought we were dining at Chef Ken's Cafe since the signboard said that was the restaurant but when we went in, they informed us they're actually La Casa Cafe who had taken over the place. It was a pretty good sized crowd here hence we decided to try their food. They serve mainly cafe style items and we asked their waiter to recommend their specialties which I vaguely remember to be the Carbonara, Baked Chicken and Cajun Salmon. We ordered their Fettucini Carbonara (RM16.90+) which was pretty good. Not too rich a sauce which came with lots of sliced mushrooms and turkey ham pieces. 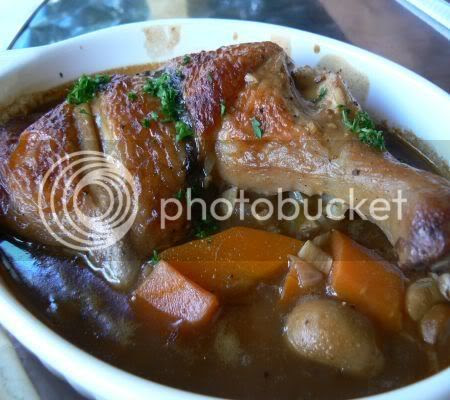 I ordered the Baked Chicken (RM21.90+) which came with two pieces of rolls to soak up the juices. This was very delicious as the sauce was flavoursome. In fact, I kinda suspect they added a dash of alcohol in it. The rolls were a great idea as you could really soak up the sauce till the last drop. 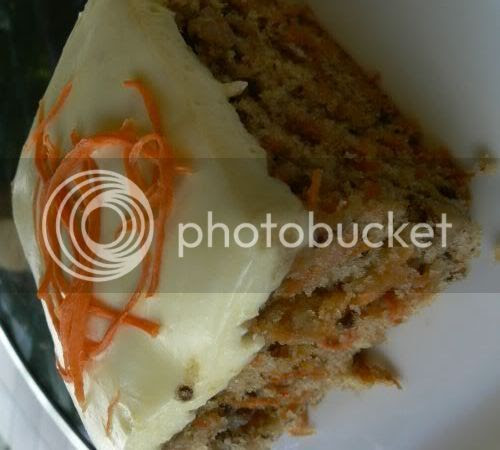 Splashie Boy chose a slice of Carrot Cake (RM6.90+) for us to share. The cake's texture is quite nice and fluffy, not too rich. I didn't like the topping though as they had heated it up hence the topping tasted kinda artifical.

Note that La Casa Cafe used to be at Medan Putra and Chef Ken has migrated hence he has closed his cafe. You can get more information about the cafe from the Fooxion Forum as one of their members is related to the owners.

(This place is really tucked in at the back of the shophouses behind the Esso and Shell petrol stations at Bandar Manjalara. It's right next to Mischell Cafe)

OH NO! Chef Ken's is no more?
Any idea where he's migrated to?
If you do please let us know.

meiyen - yeah, the food is pretty good. Saw the pixs at the forum and the other dishes look good too.

fatboybakes - I guess blogger must be playing up hence there's so many msgs. Sad right? I heard so much abt Chef Ken hence I wanted to try it when I found it. Yeah, I was there on Sat nite - u missed out on very good food and free flow drinks plus champagne.

wandernut - no idea as that is what the La Casa people told me. Maybe u can call that tel no and d/check with them.

babe - yeah, it' sad as I heard quite a lot abt his food too. Now I know I mustn't dally when trying out places.

jason - didn't see the apple crumble pie that day but will look for it next time.

Gosh, Chef Ken has left the country? Will miss the food! ;o)Anyway, guess there'a a new place to try!

wmw - wow, so many fans of Chef Ken. Yeah, I wanted to try Chef Ken but I guess not meant to be.

some insider info- chef ken has returned. Will let you know the details on where n when soon. *winks*