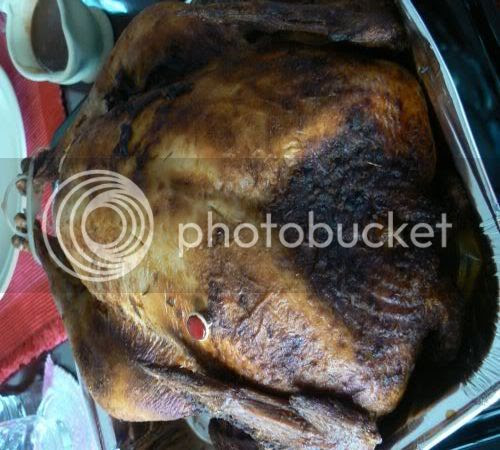 Yesterday was half a day of feasting which started off with the traditional Christmas lunch at Splashie Boy's house. Star performer was the turkey of course which came all the way from Australia (G'day mate!) and courtesy of Sheraton Subang. Accompanied by a cheese rosti, mash potatoes, a crisp vegetable salad and corn on the cob, it was a very satisfying meal.
For desserts, we had chocolate banana cake and by special request from Splashie Boy, Nigella Lawson's Chocolate Raspberry Pavlova which my friend made that day. My first attempt making it and it cracked so much after it cooled that it looked so ugly. However, taste wise it was still good that Splashie Boy's family didn't believe it was made from egg whites and no flour. 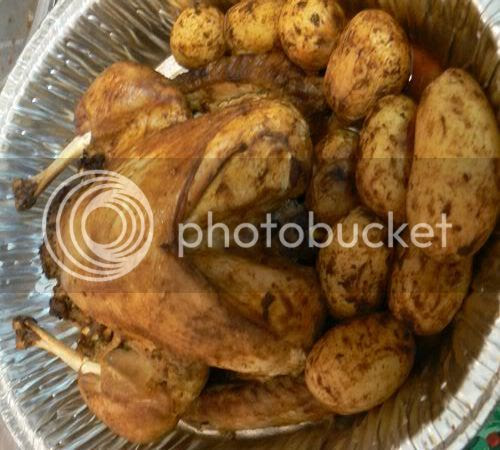 Then later at night, it was my friend, Ms. C's yearly get together with family and friends. More turkey and this time it came with delicious roast potatoes. I liked the stuffing which accompanied the turkey and kept scooping it up for seconds as it was so yummy. 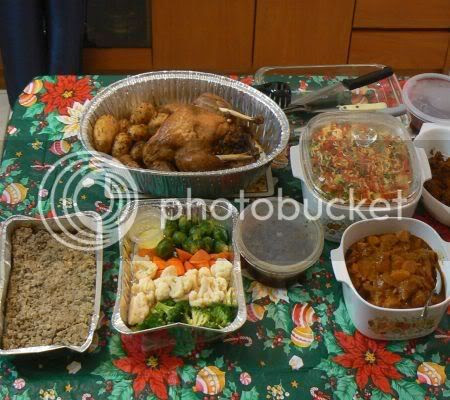 It was a huge spread of food that had us all eating throughout the night. That's only half of the table since I couldn't capture all the dishes for last night. 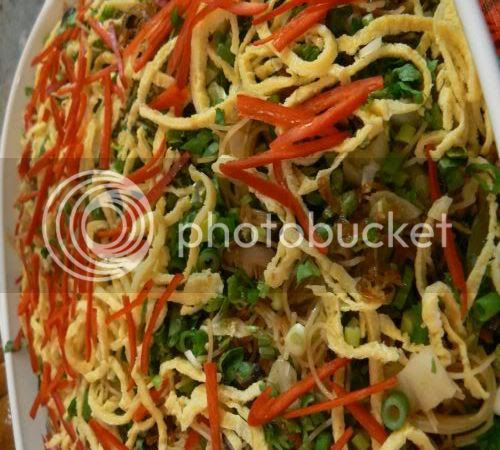 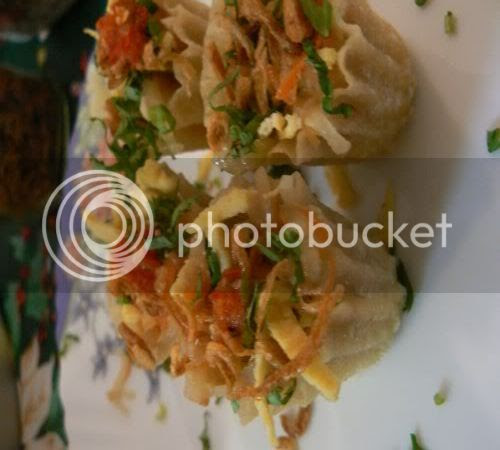 My favourite were the pie tees - crunchy shells filled with yummy filling topped with chilli, fried shallots, chopped coriander and shredded egg omelette. They were also easy to finish up since all you needed was to pop them in your mouth. 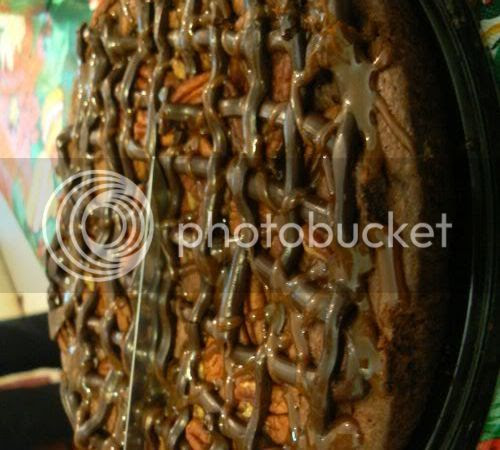 Desserts was yummy chocolate walnut caramel torte brought back from Chicago by my friend's sister who was visiting. Delicious and extremely rich tasting. 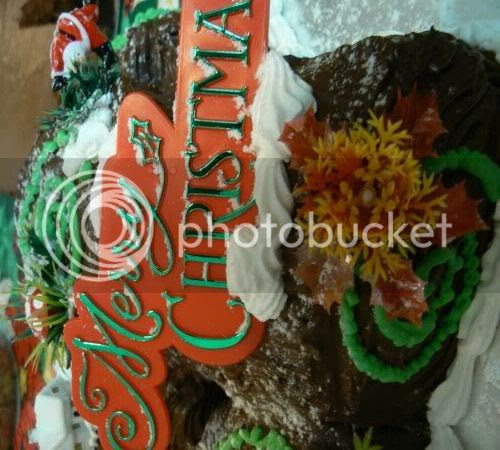 We also had the traditional log cake from La Manila - light sponge filled with chocolate ganache. Very satisfying meal which ended with our traditional gift giving plus pulling of Christmas crackers. I always love those crackers as they come with tiny gifts, great jokes and party hats.
Hope you all had a great Christmas and let's look forward to partying towards end of the year.
Tagged with: Christmas
Posted by boo_licious at 12:32 AM

hmm wat a feast you had there!

My god you had stomach for two feasts? I passed out after lunch! Merry Christmas!!!

Wow...all the food looks so yummy. Merry Christmas to you!

Mmmmm...
Looks like you had a very yummy Christmas indeed!
:)

Anyway, just want to wish (belated) Merry Christmas to you and your family.... and a Happy New Year too!

hai, takda gambar of the raspberry pavlova ah? want to see la. and what day is nigella's feasts on tv? hangon, FEASTS, arent those reruns?

wmw - yeah, lots of colours esp during the night one.

paprika - didn't eat much during lunch though as left tummy for the night feast.

team bsg - not mine, some auntie made that. I prefer mee siam though.

J - thxs and Happy New Year to u! Am sure yr bf will take u somewhere good.

fatboybakes - I think Wednesday. Nope, these are new episodes. Go to the links I have put at the pavlova post as it has the full episode list.No pix since had one already earlier on.

Wonderful! Especially the log cake looks so tempting.
I wish you a Happy New Year!

aiyo....wat a big juicy looking turkey! and that cake all the way from Chicago? Wow!!

honeystar - yeah, luckily a lot of us so can finish it up.