Ipoh on a Whirlwind 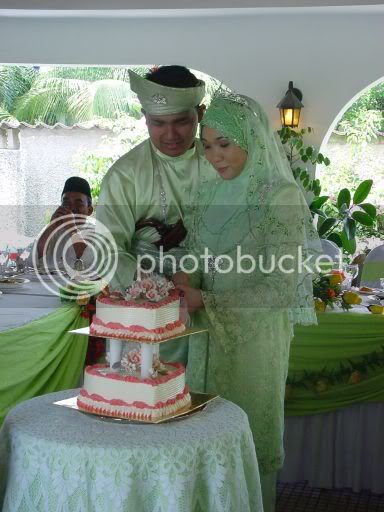 Last Sunday, we did a short trip to Ipoh town to attend Splashie Boy's ex-colleague's wedding. It was a leisurely drive up to the town with little traffic and we got there on good time for an early lunch Malay style. There was even vanilla ice cream for you to cool off with. Don't the wedding couple look so sweet cutting the wedding cake together? I didn't take many pictures as my camera battery was low on energy. 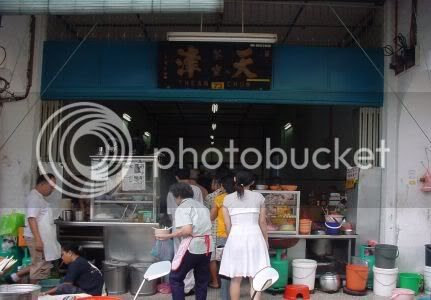 We couldn't leave Ipoh without checking the local food hence after the wedding, we made a detour towards the town centre. My memory on Ipoh roads is quite sketchy as I have not been to ages but I know if I turn round and round a few times, I'll eventually find it. After a number of wrong turns due to the way of traffic, we ended up at Thean Chun which is right next to Kong Heng which is along Jalan Bandar Timah. That street is dotted with yummy food but since it was really late when we arrived there (about 3 pm), most of the places was closed so there was little choice. The other alternative would be Lou Wong or Ong Kee but those establishments only open from 5 pm onwards. 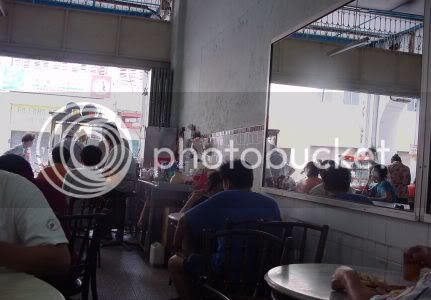 Thean Chun is also known as the House of Mirrors as they have a row of large mirrors on one side of the restaurant wall. I picked this place as I wanted to try out their steamed egg custard which comes with caramel sauce but sadly it's all sold out. The lady told me next time come early as it runs out pretty early with the weekend crowd. I know most of the coffeeshops serve steamed egg custard (tan dan in Cantonese) but I was hyped up with the caramel version Thean Chun offers. 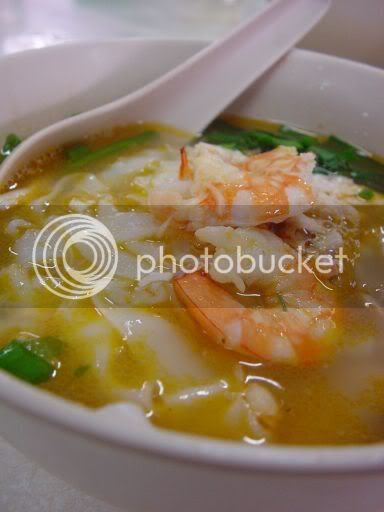 We did have a bowl of the famous Ipoh Kuay Teow noodles which was pretty okay. I liked the smooth noodles. Even at 3pm, the place was still packed with people ordering noodles. 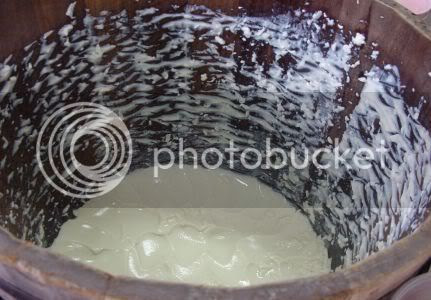 Feeling unsatisfied, we decided to go round the streets of Ipoh town to see what else is open in the afternoon. I found the famous tau foo fah (soyabean curd) shop, Funny Mountain and had to get it packed home even though it was raining cats and dogs. I'm glad I braved the heavy rain as the tau foo fah is really nice and smooth. The syrup that goes with the tau foo fah is also not too sweet. Now I can understand why they say people queue up for this. The picture above shows the wooden tub they use to make the tau foo fah from freshly made soya bean milk. 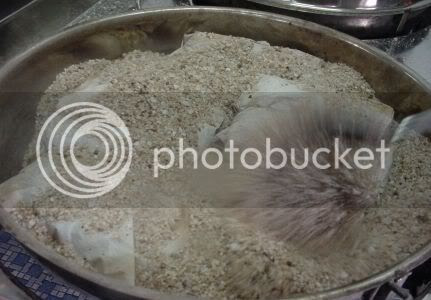 I was recommended that THE thing to ta pau (bring back home) from Ipoh is the salt baked chicken from Aun Kheng Lim. Since I did not have a very detailed map, we thought we had no hope in finding this place but somehow when we drove around town, we stumbled on it. It took us a long while to find it as we were at the other side of the road but eventually we got there. I was very impressed with their service with the heavy rain. They even helped to the car with an umbrella. I was rushing to take a picture of their salt baked ovens, I only managed to get the shot when they were scooping the salt over the chicken which is wrapped in layers of paper. 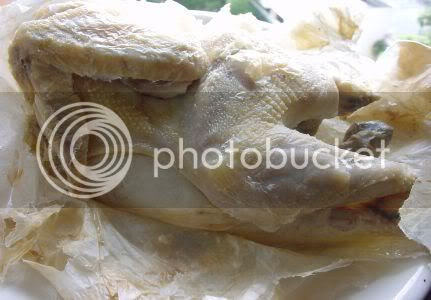 I can understand why everyone says this chicken is a MUST, it's very juicy and full of flavours. Just eat it warm as I had to put mine in the fridge and will be making cold meat out of it for sandwiches. 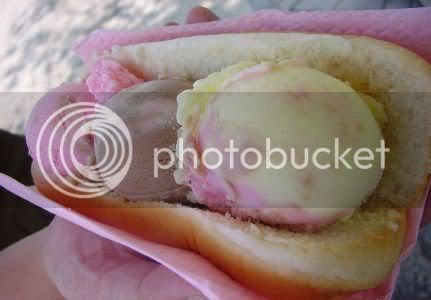 Although I had this early in the morning on the way to Ipoh, I thought it would be more appropriate for now since it is dessert. Icy cold ice cream in three flavours with soft hotdog bun is my favourite childhood treat. It was great to find it being sold at the rest areas along the highway. Usually it's chocolate, strawberry and vanilla but this version had durian instead which was yummy. Great to cool off as it was so hot when we were travelling up.
I am sure there are more Ipoh eats but since we only had an hour plus in town and it was during the late afternoon, I thought we did pretty well with our finds.
Restoran Aun Kheng Lim
Salt Baked Chicken
24, Jalan Theatre

thanks for sharing the pics! =)

Yeah, Ipoh town is great place for food but we only caught a tiny portion of it. Glad to share the food adventures with u all.

know why the hor fun there is that good ?

I truly adore hor fun and i like them anywhere anytime as long as it is tasty......no ta pau for me meh ?

i'm crazy about food too, your blog will be one of my references, thks

Good Job..U had 50 percent of Ipoh Specialty in 1 day..The taufufah started as a stall and now it's a tiny weeny shop..I dabao from there since childhood..And the salt bake chicken..They do have delivery service..When it's mum lazy to cook day, she will cook some rice and vege and the salt bake chicken will be the main dish..Kampungboy can actually gobble down the whole chicken by himself

I love that kind of prawn noodles. Must make a trip to Butterworth for that one day. We don't have it on our Penang island. And the salt bake chicken looks great. But does it smell of dong guai?

foodcrazee - something to do with the water rite? No ta pau lar, how to drop it off in Genting for you.

has - yeah, I love food. Thanks for adding me in your references.

kampungboycitygal - the chicken is yummy. I made cold meat from the leftovers can still smell it. I love that tau foo fah, the smoothest I have had before. Ipoh people so lucky!

lilian - yeah, it does but strangely no dong guai inside it.

wow! your Ipoh Hor Fun shot is so delicious....I'm drooling a photo.

see I am even typing nonsense ... drooling over a photo not drooling a photo!

audrey - I guess the tummy was typing that sentence since the brain was too busy drooling?

hi, i'm fr Ipoh. So, how do u find Ipoh food? Although i'm in Ipoh, i seldom taste the chicken hor fun coz i don't like much, but that is a place for all tourist.