Recently Kuala Lumpur has been invaded by Shanghai food with many new restaurants cropping up such as Shanghai at the Marriott Hotel, Xin Shanghai at Jalan Sultan Ismail, Dragon I in Cititel Hotel and Chef Loong in Petaling Jaya. The latest one to join this illustrious lot is Crystal Jade La Mian Xiao Long Bao which opened its doors in Kuala Lumpur on 16 May, 2005 at Lot 10, Kuala Lumpur.

Already established in Singapore where they have numerous restaurants that serve a large variety of Chinese food, this marks Crystal Jade's first foray in Malaysia. My mother who has tasted their food in Singapore was enthusiatic when she heard they had opened a branch here so we went recently to sample the food for lunch and we were not dissapointed.

The restaurant has an open kitchen so we could peek in to see the chefs cook and make the famous la mian (Chinese for hand pulled noodles). Once we put in our order for a bowl, the chef started making our noodles, here he is tossing the noodles at quick speed that my camera can't even catch it! 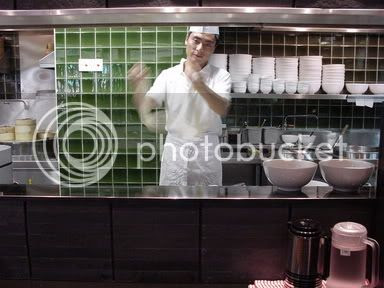 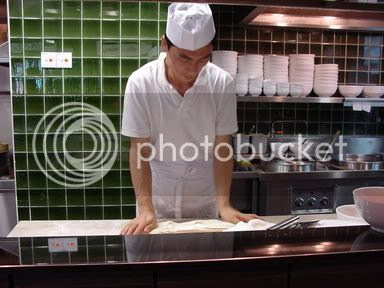 Here he is cutting the dough to be pulled again. 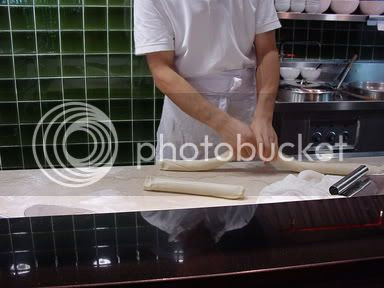 Then he starts pulling the dough at great speed again and after a while, thin strands of noodles appear which he will put in boiling water to cook. 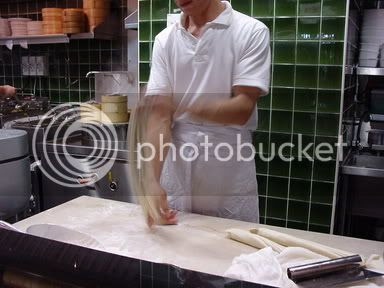 I was too slow to get the final bit where he came out with the noodle strands, in fact he surprised me as next thing I knew, after pulling it, the noodles just appeared from no where. Our bowl of piping hot la mian came plain and with a delicious soup. My bowl was still steaming hence you see the fuzziness in the picture as I quickly snapped it immediately after it was served. 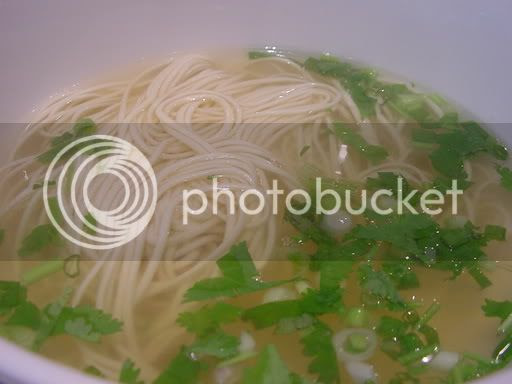 This is the Nanjing salted duck which was tender and flavorsome, just nice to accompany our plain la mian. Although it's soaked in brine water which helps it achieve the tenderness, it's not salty. It's a signature dish in Nanjing that has almost 400 years of history. 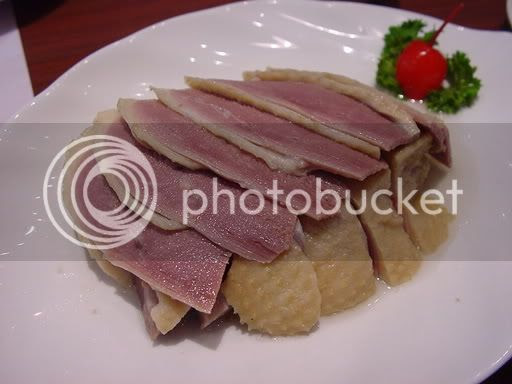 This is the famous Xiao Long Bao which is a meat filled steamed bun with hot soup inside. See the little hole on top of the steamed bun, that is for you to suck up the wonderful hot soup. The filling is so tender that it melts in your mouth! 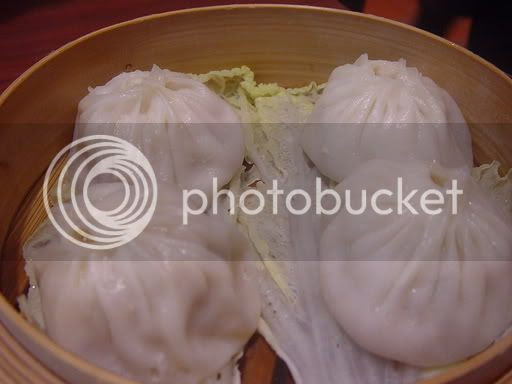 This is a variation of the Xiao Long Bao called Shanghai Pan Fried Bun as it's pan fried instead of steamed. We flipped one over, so you can all see the golden edges from pan frying it. 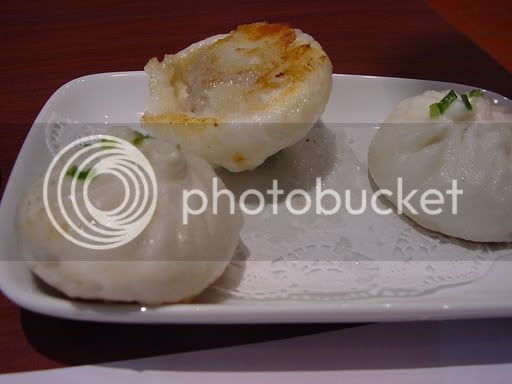 This is the ultimate cream puff, the souffle egg white ball with mashed red bean and banana dusted with icing sugar. It's so light and airy as it's made from egg whites and the filling is quite an unusual combination of red bean and banana. I never knew those two flavours went together until I tried it. If you order this dish, it comes first as the filling is piping hot so they let it cool during the meal just in time for dessert. 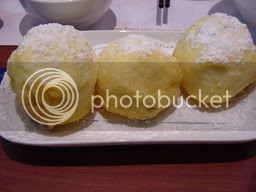 *Disclaimer: The opinions expressed here is entirely based on my personal tastebuds and may vary for others. The reviewer declares that she has not received any monetary or non-monetary compensation for writing this review.