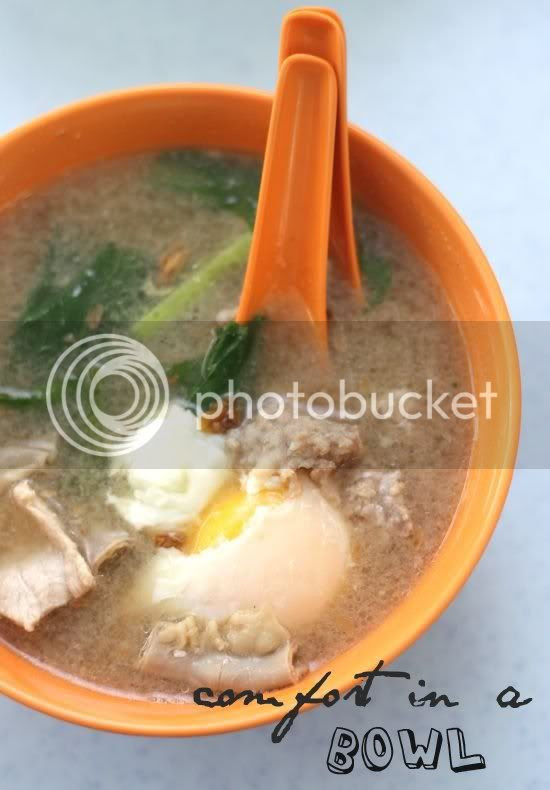 Rainy days and nights seem to have descended on us with no warning. The cool weather gets me craving for comfort food like hot soupy noodles. I've had this particular noodle shop on the horizon for some time after I read about it in a few food blogs, so one day I decided to go search for it to settle a craving tummy. 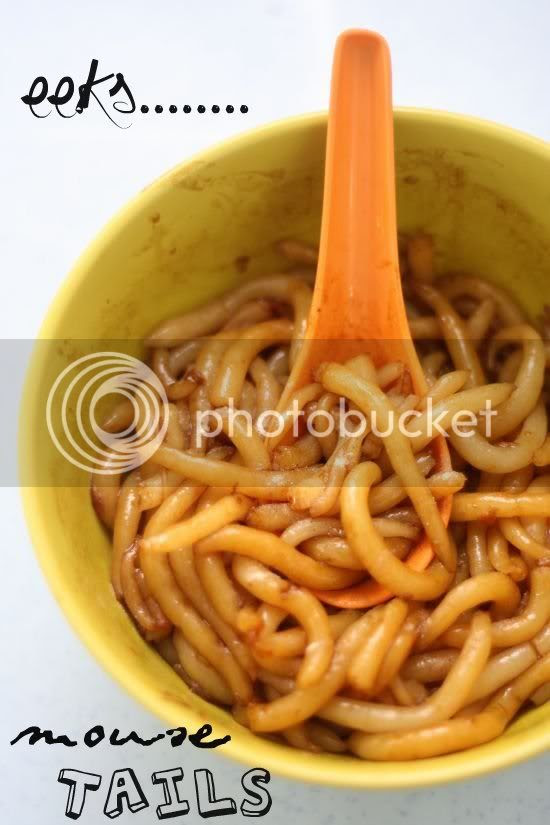 Located within the new developed side of Sunway i.e. Dataran Mentari, this shop only sells pork noodles and a strange combination of vinegared trotters. It is a little weird, since the vinegared trotters (chee kiok chou) would need to be paired with rice but I guess that could be one of their specialties. The place is run by two sisters, Jayce and Jennifer. One sister takes over the cooking duties, cooking the various pork meats, liver and intestines a la minute in a large bucket-like pot, as and when orders are placed. The other sister runs the shop, attending to orders and overseeing their brigade of foreign workers. 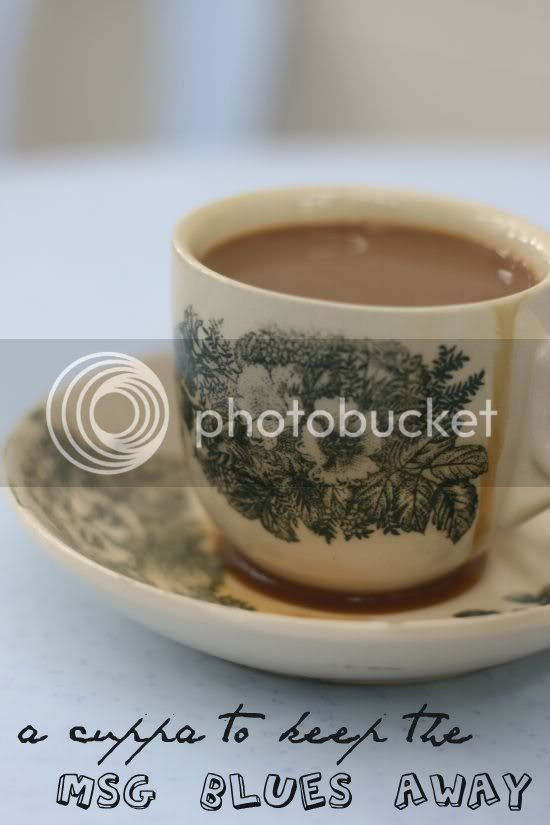 You have a choice of carbs in the form of beehoon, kuey teow and my absolute favourite aka lou shue fun or what I like to call "mouse tails". These short rice flour "tails" are great for chopstick deficient people like me, since all you need to do is scoop them up with a spoon. As they're thicker than the normal noodles, there's also a bite in each of the "tails". Two varieties are available: dry or cooked in the soup. Dry noodles will see your choice of noodles being tossed in dark soy sauce and a little lard to give it flavour. The soup version has the noodles blanched ahead and the hot pork soup poured over it.
The soup base is usually cooked ahead as it needs long hours to coax the sweet robust flavour out. Turns out this shop is part of a dynasty of famous pork noodles...their brother runs the infamous Kean Fatt in SS3 for 30 plus years and another brother is in charge of the other famous Subang SS15 stall. The base is similar to the two brothers' formula except it has been slightly tweaked - less oily and not as toothachingly sweet like their brothers' version. I also found choy poh (preserved radish) within the soup. Maybe that is their secret ingredient since it is not commonly found in the soup? Nevertheless, it is still good broth with that rich porky taste to give hungry tummies the ultimate comfort.
You get a choice of various items to add into the soup: liver, intestines, minced pork and pork slices. They seem to have gotten their cooking time to perfection as the liver was soft like goose liver and not overcooked like other stalls. I definitely won't mind returning again to this place since its pretty pleasant dining in the fan ventilated shop house and food comes rather quickly even during a busy lunch day. Incidentally, the strange name of "Ah Or" for the pork noodles, according to Jayce it is a nod to their brother's nickname. For MSG-non-lovers, I would rank this as mildly MSG-ified but then I did have a cup of local coffee to keep them away, so the tongue wouldn't have been very accurate, so do eat with caution.
Ah Or Chu Yuk Fun
No. 3, Jalan PJS 8/17
Dataran Mentari
Sunway
Tel: 012-4288680/012-6130479
(Non Halal. Place is open from 7am to 5pm daily except for Chinese New Year. A large bowl of noodles with an extra egg is RM7.50.)
*Disclaimer: The opinions expressed here is entirely based on my personal tastebuds and may vary for others. This review is time sensitive; changes may occur to the place later on that can affect this opinion. The reviewer also declares that she has not received any monetary or non-monetary compensation from this place for writing the review.

Others who have visited here too:

Family recipe? Maybe their parents passed it down to them and told them to 'Go Forth and Multiply!" Haha.

Wah. Really does sound like a dynasty (of famous pork noodles)!
:)

Coffee works for my mom in keeping the "msg blues" away but it doesn't work for me at all. :(

The first time I tried to translate lou shu fan to my Hubby... he almost choked on his food when he heard me say Rat Tail Noodles.

And I've not had mouse/rat tails in ages. Miss it so much especially in a claypot with a raw egg broken over it. Yums!

Does Ah Or mean "The Black One"? Is that what they call their brother? LOL. The first picture with the gorgeous egg reminds me of Peter Pork noodles in the Brickfields.

that a clever way to prop up the ingredients. ingenious indeed. I like it.

Sounds delicious. Might pop over tht place whenever I get the chance.

KY - beautifully poached to perfection! These people always get it right.

YilingL - I think it must have been based on a family recipe. How I wish I had these kind of recipes, as I'm sure they're raking in the $$$ now.

J - always hits the spot for me..the tummy seems to signal, soup soup when its cold.