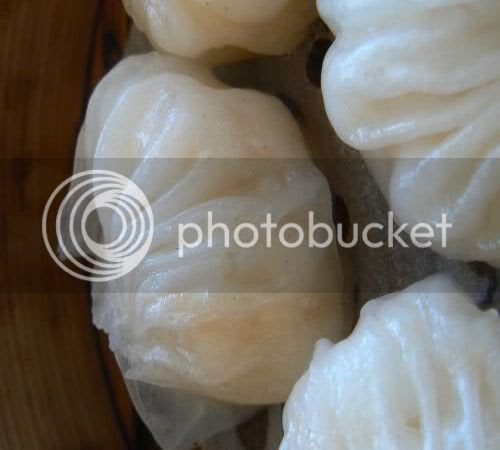 Time flies and it's already March and almost the end of Chinese New Year! Today, it's dim sum but there's a slight twist to them, they're all halal. I can imagine the howls of protest from some dim sum lovers saying no way halal dim sum tastes nice since it lacks the essential ingredient of pork. Although I have eaten halal and non halal dim sum, I must admit there are pros and cons to both of them. Even though the taste is slightly compromised for halal dim sum (especially in steamed dim sum as pork is always used), at the long run, halal dim sum is healthier since it uses seafood and chicken as a subsitute. Usually for non halal dim sum, fatty pork is always used as it melts in your mouth hence it's laden with calories and oil. 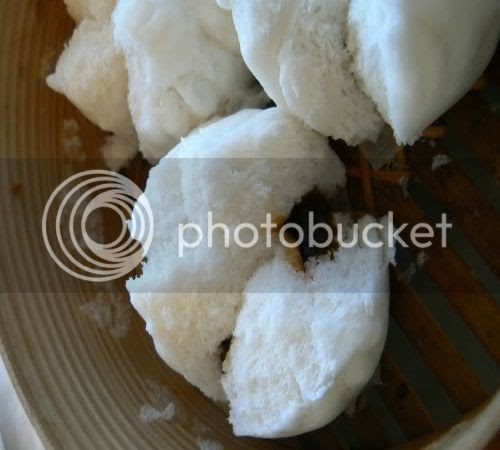 One fine day, I decided to check out the restaurants at Sime Darby Convention Centre. Well hidden from the main Kiara road, you'll find it if you take a left just next to the golf ball stalls. There's two restaurants here -Halia and China Treasures which take up each side of the convention centre. We ordered a selection of savoury items to try - their Har Kau (RM6.50) and Barbeque Chicken Steamed Pau (RM4.80). The Har Kau is filled with a crunchy prawn but I felt the crystal skin was slightly too thick. I preferrred the pau which was yummy especially eaten hot. 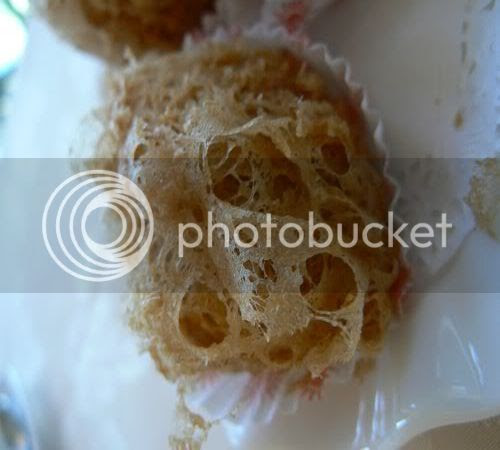 One of my must haves when I eat dim sum is Wu Kok (the Fried Yam Puff). China Treasures version is light and filled with lots of minced chicken. Pretty delicious stuff which you can chomp down quickly. 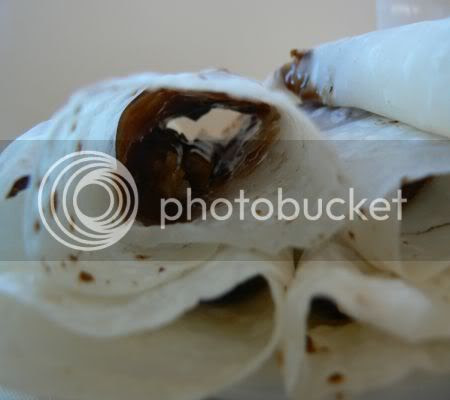 We only ordered a few savoury dim sum to sample as we planned to try their half of their Peking Duck (RM30 for half, RM60 for whole duck). Here, they skin the duck and prepare the rolls for you to eat. You can also ask for the duck to be sliced up and cooked with noodles. 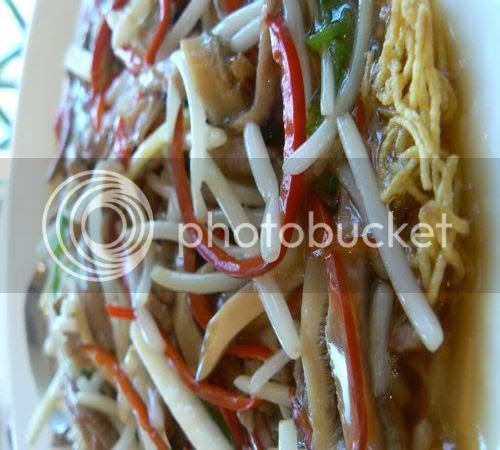 I loved their noodles as it was delish. Paired with crunchy fried noodles, the combination of sliced duck, mushrooms and crunchy bean sprouts and capsicum was really very good. The Peking Duck pancakes were not bad but I did feel the texture of the pancakes was slightly hard as I'm used to eating the softer versions. Incidentally the way we serve Peking Duck here is entirely different from Beijing - there the pancakes are kept warm and you wrap your own rolls. There's also a lot more items you can add to the rolls unlike here where it's just hoisin sauce, spring onions and the duck skin. When they serve you the Peking Duck there, the first part they offer to you is the skin from the neck which is the best portion as it simply melts in your mouth. 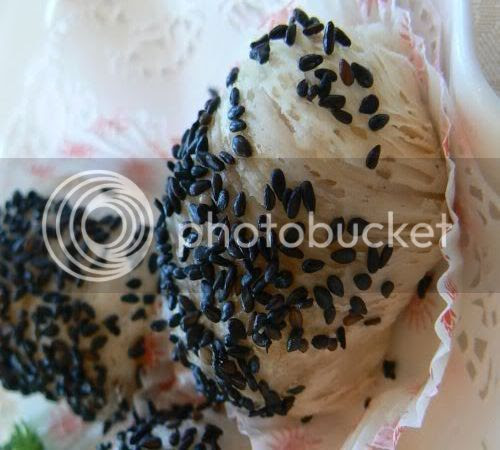 What I was really liked was their Baked Sweet Potato Puff (RM5). The flaky pastry encases yellow sweet potato paste that tasted heavenly. Not too sweet and so light with black sesame seeds for extra crunch. 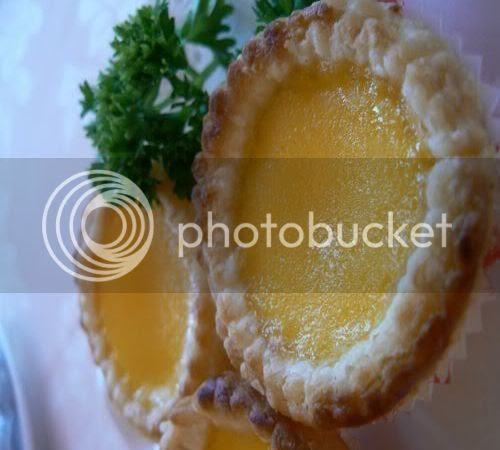 Their egg tarts (RM4.80) was very good too even though there's no lard in their pastry. The pastry is flaky (suspect they use two layers) and made from shortening. When it comes hot to the table, the filling is slightly jiggly which hardens a bit when left to cool. 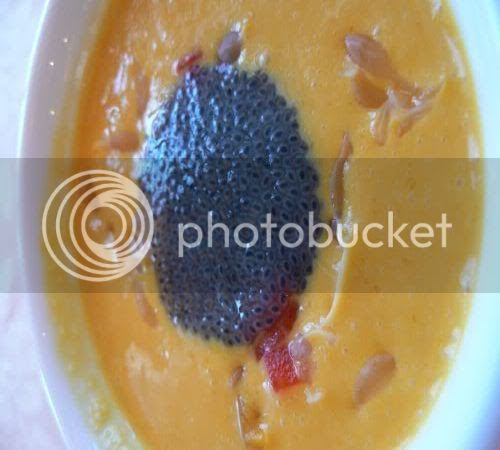 We also tried their cold desserts which they have some unusual items like this Mango Creme served with selasih (basil) seeds that always remind me of frog eggs and pomelo sacs. I find it too creamy but Splashie Boy loves it. 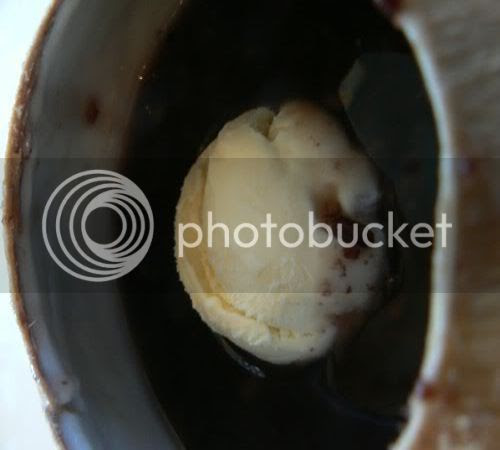 My favourite was their Black Glutinous Rice served cold in a young coconut. Unlike other places, there's no coconut milk in this. Instead you have to scoop the young coconut flesh and eat it with the dessert and the vanilla ice cream. Really good stuff as it's not as rich as the traditional black glutinous rice dessert and refreshing as it's served cold here.

Besides dim sum, China Treasures also serves dishes for lunch and dinner. I have eaten dinner here once which I didn't snap any pictures and the food was pretty good. They make their own beancurd with spinach that is served to you individually. My favourite is their Seong Tong Yin Choy (Spinach in Superior Soup) as they mix it with three eggs. Diced salted egg yolks and century eggs are added in the soup for extra flavour and creaminess while cooked egg white is swirled on top of the spinach.

If you dine here, you can get free parking if the bill is more than RM30. Parking spaces are ample here and it's far from the crazy traffic down town hence it's really nice to have a leisurely meal here.

(Halal. To get here, if you're coming from Sprint highway near Eastin, take a left towards Kiara Road. Drive down and take the first left. Go straight and you will see the convention centre on your right hand side)

Tagged with: Dim Sum + Malaysian Food
Posted by boo_licious at 9:30 AM

It's been so busy pass few days till i hv no time to read yr blog! Now i hv to catch up faster! OMG! Im really admire at yr eating trip from king crab, dim sum, wanton mee...... The most irresistable one, DIM SUM!! DO u hv a map on how to go to SIme Darby Convention Center? Plss.....or i should call u personally to ask for it? Hehehe

i think hubby will like the dim sim desserts!

Since I'm not really into pork (choosy, cos of the smell at times), I welcome halal dim sum most of the time. Oh...must check this out, I love Seong Tong Yin Choy! Chynna of KL Hilton also does a good version of this soup. Thanks for the tip!

The desserts look great. The mango creme looks quite similar to the mango sago (from Imbi Palace) which I blogged about. I shall certainly try this place soon as some of my friends don't eat pork, so this ought to be a great place to take them to.

The only halal dimsum place I go to is Maju Palace@Maju junction. They serve yummy halal dimsum (so far me thinks they serve the best hargao in KL). Now that u hav introduce this, will definitely give it a try :)

wmw, don't tell me u r like one of my frens who loves 'char-siu-pau' (steamed bbq pork dumplings) but don't take the fillings? If ever v go out for non-halal dimsum, I'll fight to sit beside! Better still if my fren comes along. I'll sit in between. Pure ecstasy!

I'm always on the look out for a good dimsum place that is child-friendly (wide spaces between tables and no portable steamers!) - is this it?? And ample carpark is always a winner for me!

I read that their signature dish is tea-smoked duck, did you try it?

jackson - can call or sms for directions, very simple if you're coming from the sprint at Eastin hotel, turn left at Kiara and the next left.

babe - now I know where yr son gets his sweet tooth from!

wmw - hmmm, Chynna's version comes with kei chi rite? This one was good, I liked how the salted egg yolks got mixed in the soup making it tasty and creamy. Yeah, some people don't eat pork as they say it smells! Now also because of the beta agonist injections.

lemongrass - ahhh, I think this is a std dessert in most places. I must admit I thought the black glutinous rice dessert was very unusual, even got my mum's approval.

sc - I've not tried Maju Palace, always seem to forget that place but I heard they do serve good dim sum there too!

tummythoz - LOL, you will definitely be a happy camper if she gives you all the char siu fillings.

kat - didn't try their tea smoked duck but I can imagine it's nice as anything with tea smoked is usually good. Even I didn't mess up making tea smoked salmon last time so can't be too hard to make!

No portable steamers and yeah, large spaces between the tables. They have a strange arrangement though as they try to let you see the view of the golf course and it's a curved area as it's at the side of the building. We sat in an alcove where they had two small tables. Not sure abt the bigger tables as the max amt of people we had was 3 pax.

will definitely tell my muslim fren about this place!

These Chinese food haves an afrodisiac effect similar to the one caused by Buy Generic Viagra when you use the first time.