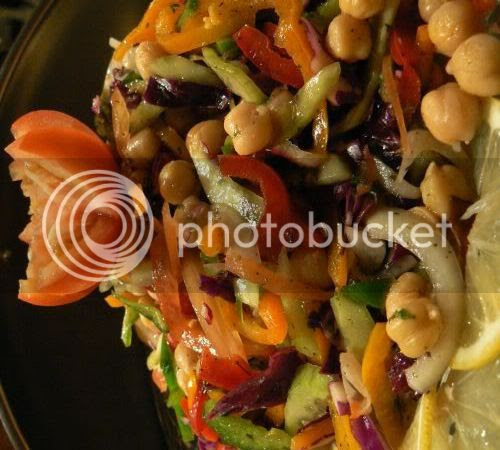 Today's post is going to be slightly different i.e. no Ramadan Bazaar for today but I thought a dose of Middle Eastern food will be appropriate for this season. For those enthusiatic Ramadan Bazaar fans, don't worry as the series continues tomorrow. Incidentally, I am sure everyone visited a Ramadan Bazaar last weekend - a friend of mine went to the TTDI one to look for the Nasi Briyani man and he did such booming business his Nasi Briyani Gam was sold out when she found him.
Last weekend, we decided to check out the Middle Eastern restaurant in Sri Petaling called Al Diafah. The place is enormous, basically they took over two shophouses and renovated all three floors. The ground floor is where the date and baklava shop is while the first floor is the restaurant. Although it seems to be a strange place to have a Middle Eastern restaurant, it seems their location was chosen because there is an International School nearby which is frequented by Middle Eastern expatriates. 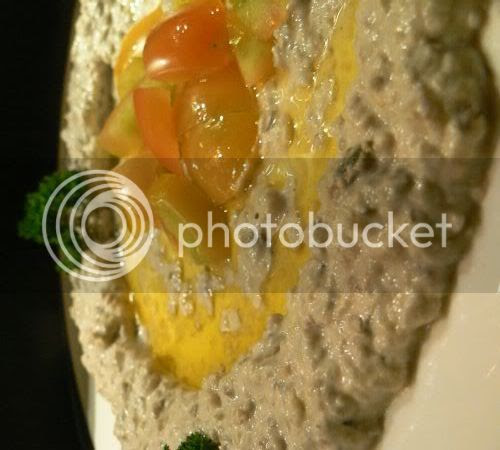 Originally we thought we will order a la carte from the menu to limit the food intake since both of us aren't really buffet fans but after checking out their spread, we decided to try it since they were serving Mendy Lamb and Rice, the dish we wanted to try out. I was lucky to snap these pictures before people took the food hence they remain relatively untouched. You have quite a few starters i.e. the Al Diafah salad in the first picture which comes with chickpeas and the Baba Ghanoush in the above picture. The Hummus (made from chickpeas) is a favourite of mine which is a must order with their pita bread. The Baba Ghanoush wasn't too bad and surprisingly Splashie Boy had some even though it was made from aubergines which he hates. They also served soups, a plain chicken one and yummy Lentil Soup. To break fast, they had a selection of fresh dates and preserved dates. They also serve a coffee drink in tiny cups for you which doesn't taste anything like coffee as it's made from raw and unprocessed coffee beans. 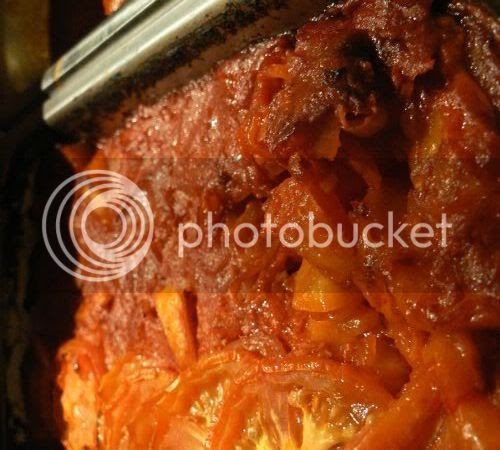 The selection at this buffet is limited versus the hotel buffets that offers everything and anything under the sun but it makes up the lack of variety with quality food as everything tastes yummy. This is a potato and chicken tagine which was very tomatoey that has been baked. 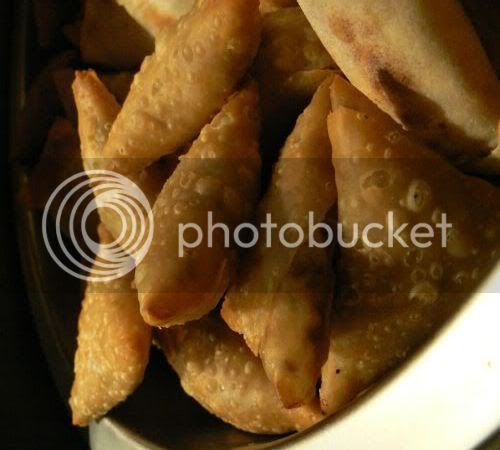 There were triangle shaped sambosas with different fillings which were pretty yummy. 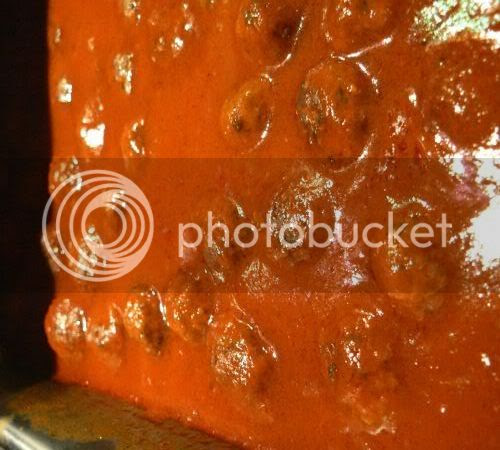 Splashie Boy and I loved this - tender and flavoursome lamb meatballs served in a tomato sauce. Excellent with pita bread and the dips - baba ghanoush and hummous. 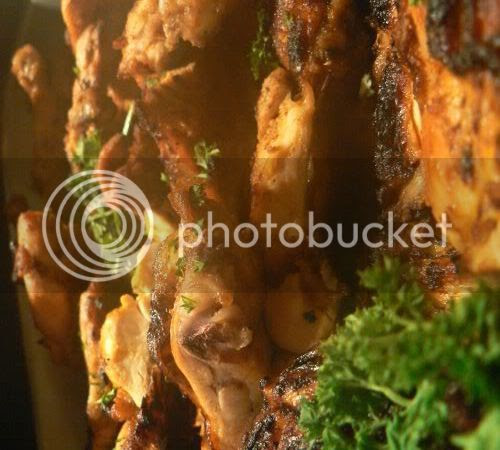 They had a selection of grilled chicken marinated in spices. I didn't really eat this as it was too much meat for me. 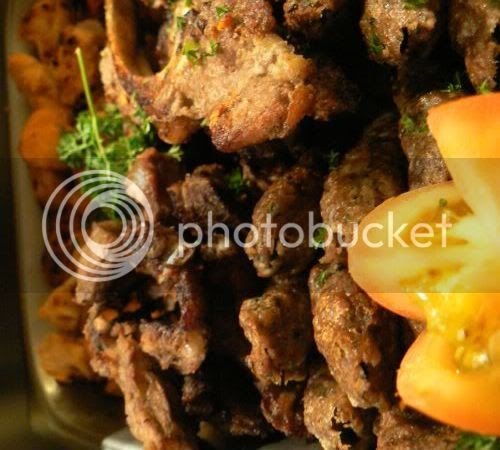 This was their mixed grill - we both tried the lamb kebab which was nice. 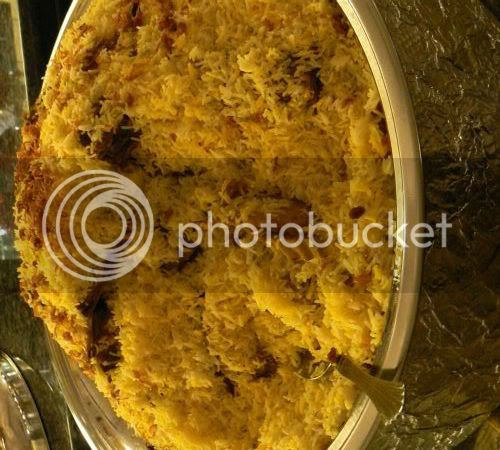 I was too busy filling my tummy with their simply delicious Mendy Lamb and Rice. It reminds me of our local version of Nasi Briyani but it's ten times nicer since their rice is so fluffy, fragrant and buttery without it being oily. The lamb pieces are cooked in the rice are so tender that the meat tears away easily. Defintely a must order here. If you don't like lamb, they also do a chicken version on the menu. 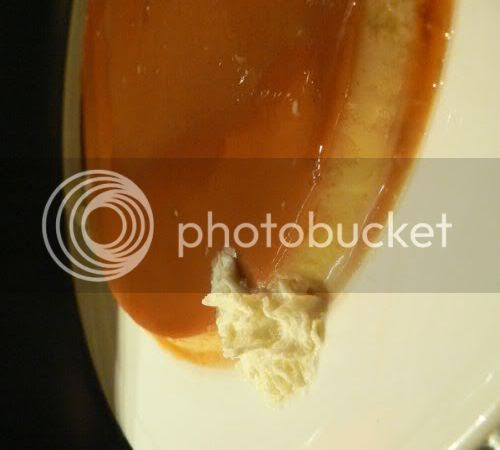 Their desserts are limited to a creme caramel and their fruit salad. The creme caramel is pretty good - not to sweet which is how I like it. They also serve hot date juice and Vimto juice (which reminds me of my UK days) that tastes similar to Ribena since it is also made from black currant.
Al Diafah Restaurant
43-1 and 45-1 Jalan Radin Anum
Seri Petaling
Kuala Lumpur
Tel No: 03 - 9059 6237
(They are only serving dinner during the Ramadan month and the buffet is priced at RM45++. You can also order a la carte from the menu. Sorry no directions as I am hopeless in getting to Seri Petaling but if you follow the location map to Sri Petaling Hotel, the restaurant is just further down from the hotel i.e. after the petrol stations and is directly opposite Kam Lun Tai.)
Other reviews:
Tagged with: Middle Eastern Food + Ramadan
Posted by boo_licious at 5:14 AM

This is the best Foodie Blog I've ever encountered. The photos are just mesmerising, especially during Puasa Time. He he :-)

Will Definitely come back for more !!

jokontan - Selamat Berpuasa! Hope you have time to make it to the bazaars. Lots of yummy food.

babe - very delish esp the Mendy Rice when it's hot! If you love Nasi Briyani, this is a must stop place.

wow boo, looks like a great place for good food! anyways, i've yet to visit any ramadan bazaar yet :( hopefully i can do it this weekend..

You did a great job with a comprehensive review of Al-Diafah. They really do serve good quality food. And, also thanks for the link!

I've seen this place before, but it looked so big and imposing, wasn't sure whether the food would be good or not. Food looks mighty good though. Must have a try one day for its authenticity. Before I make my way to Abu Dhabi to visit my hubs in November.

BTW boo, do you know where we can find attap chee around PJ? Got a craving for it due to the hot, hot weather!!

meiyen - hope u make it to the bazaars before they end.

pichesan - cool! Hope you enjoy the food as much as we did. I know my friends are planning a trip there after seeing the pixs and me drooling over the food.

anak merdeka - it is yummy stuff. Been meaning to go ever since another friend raved abt it and I was glad we pushed ourselves to drive all the way to Sri Petaling last wkend.

kat - the food is yummy, do try it. For atap chee, I sometimes see it sold at the bigger Giant supermarkets where they also sell the pickles.

mmmm mmm mmm ... my sis just asked me to check out this restaurant since we live near sri petaling.

yes, mendy lamb and rice is so del~~.
i had my dinner once last year, and plan to berbuka puasa there today..!

boo,
As I just read this and noted the date was in 2006 where the Ramadhan buffet per pax was RM45++. I just called Al Diafah and the price is now RM90nett. Last Year was RM85nett. Crazy! Food getting expensive and value of $ getting lower and lowerr. bollogwonk.blogspot.com