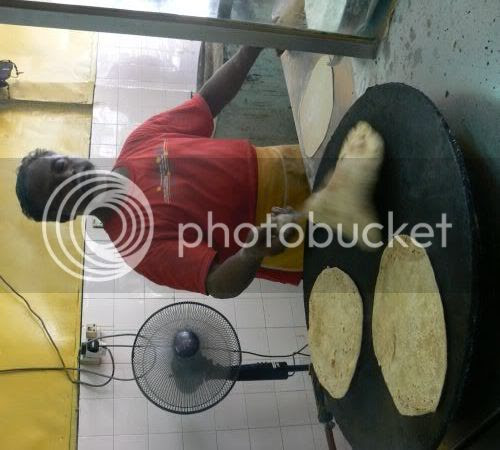 During one of my shopping trips around Masjid India, I discovered Jai Hind. It doesn't look much from the outside and most of the time you will think it's closed as the shophouse with the signboard is always half opened but wander inside during lunchtime and the place is packed to the brim with people.

You can have a choice between chapatis, naan or selecting your food from a counter filled with dishes with rice. Come early for lunch as the food at the counter tends to run out especially the popular items. At one corner of the shoplot, you will see two men making chapati and naan on a steady basis. During lunchtime, they will be churning out chapatis and naans quickly to cater to the orders. 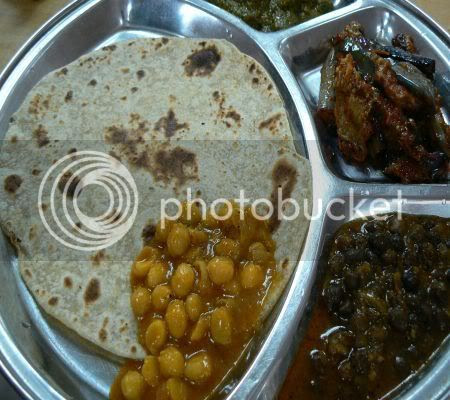 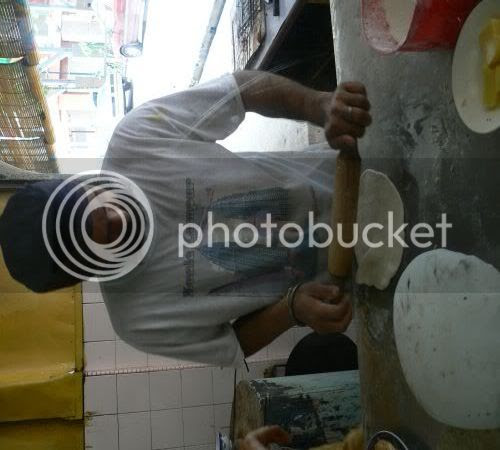 Jai Hind mainly sells Northern Indian and Punjabi food hence you will see quite a few Punjabi men here with their distinctive turbans and long beards. As the place is quite near the courthouses, you will also see Punjabi lawyers in their black suits tucking into their breakfast or lunch. We didn't get to taste their naans which this man was busy making but it was interesting to see how he rolled the dough out, shaped it and placed it in their old clay oven. 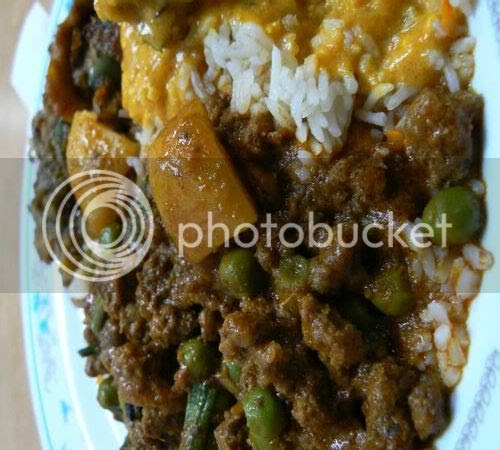 If you are early, try their kheema which is minced meat and peas that is delicious especially with rice. There is also another unusual dish they serve which I have only seen in the particular restaurant which looks like pakoras served with a creamy golden coloured sauce that was also good. 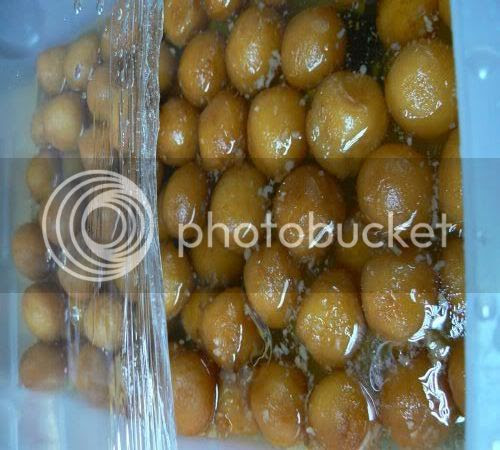 Jai Hind also sells lots of Punjabi sweets like this extremely sugary Gulab Jamun and the usual varieties like Jelebi, Laddu, Palgova and etc. Two particular sweets which they have here that should have special mention is their Rasmalai and Black Gulai Jamun. The black gulai jamun is not soaked in syrup hence it's less sweeter and has a nicer texture. Rasmalai is only cream lovers as it's served with buffalo milk and almonds that is sublime. I didn't managed to snap a picture of it as I was too busy eating it all up!
If you are around the area or accesible by LRT, try Jai Hind for lunch one day as the prices at this place is extremely reasonable. They also serve cow's milk which you can chose to have plain or with your teh tarik.
Jai Hind
15 to 17, Jalan Melayu
Kuala Lumpur
(In front of the covered bazaar in Masjid India and right behind Masjid Jamek LRT Station. Opens from 8 am to 9 pm)
*Disclaimer: The opinions expressed here is entirely based on my personal tastebuds and may vary for others. The reviewer also declares that she has not received any monetary or non-monetary compensation from the restaurant for writing this review.

Tagged with: Malaysian Food + Chapati
Posted by boo_licious at 7:35 AM

hmm yumyum i like teh susu lembu. it's not as sweet as teh tarik.

babe - u're right as it's delicious.

All your food is so much better than in the USA! Look at your fresh naan bread in this meal; it just ties everything else together so well. There is no fresh nana where I live. :-{ I want to vacation in Kuala Lumpur to taste all the food!

I must agree the food at Jai Hind is excellent! Naan was excellent hangover food :D

lannae - come come to KL! Lots of yummy stuff especially if you care to explore.

sunil - thxs for the tip, I'll try the naan the next time as I know I will making a second trip there for their yummy rasmalai.

good ideas for this upcoming Ramadhan!

I am one of the lawyers there...only thing is that I am not Punjabi :)

Unknown said...
This comment has been removed by the author.
6:32 PM

It is halal? Hee i like to try if is halal. Sorry i didnt mean to be rude ��i just look at d youtube gulab jamun and i starting craving. I search at d google. N i found ur blog. ����