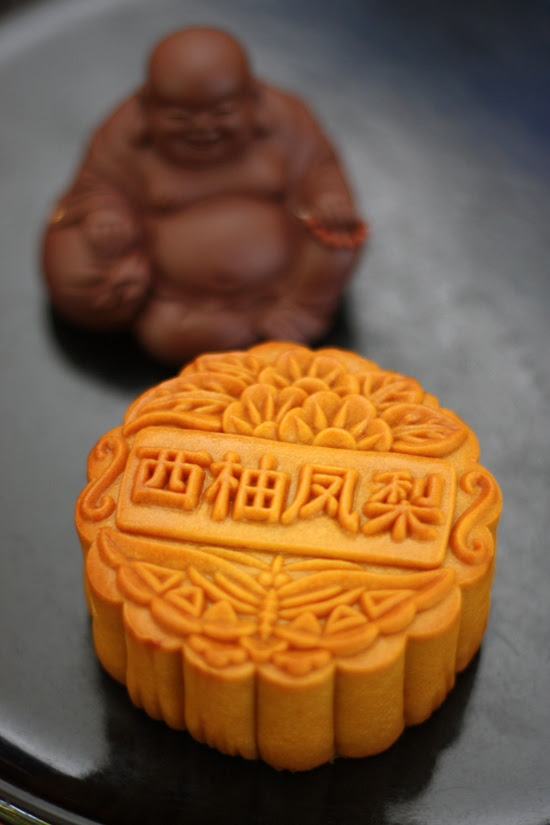 I must admit I get totally confused with the multitude of mooncake varieties. Every year, new ones emerge that reflect the current trends, kinda like the latest Paris fashions. Some flavour pairings are so outlandish that my brain can’t compute their compability until I taste how the flavours work together. Despite doing so many mooncake tastings for the past few years, I confess I never ventured for a taste of the Tai Thong varieties. 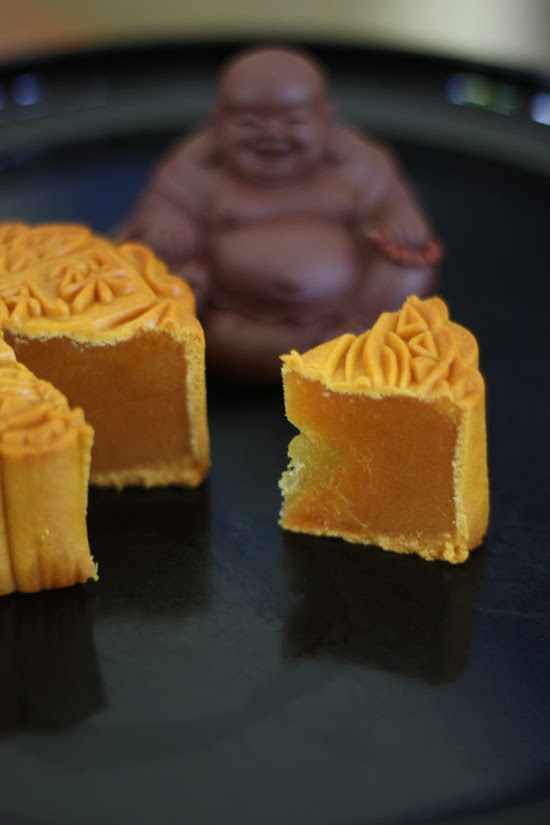 
After tasting my first batch of their baked skin mooncakes, I admit I should have looked a bit closer at this established restaurant backed with 20 years of mooncake experience. All the baked varieties have soft supple skins paired with  interesting flavours – the work of Chef Yiu Weng Keung. I didn’t manage to sample their snowskin varieties but I understand Tai Thong uses imported flour from Hong Kong to get the soft texture for the mooncake. Unlike other places, their snowskin mooncakes also goes through a steaming process to prevent any bacteria growth. Emphasis has also been placed on the production of the mooncakes using stringent quality controls and manufacturing techniques that are in compliance with HACCP food regulations. The traditional delight is preservative-free with no added artificial colourings and flavourings. Certified halal by Jakim, they’re good for Raya gifts. 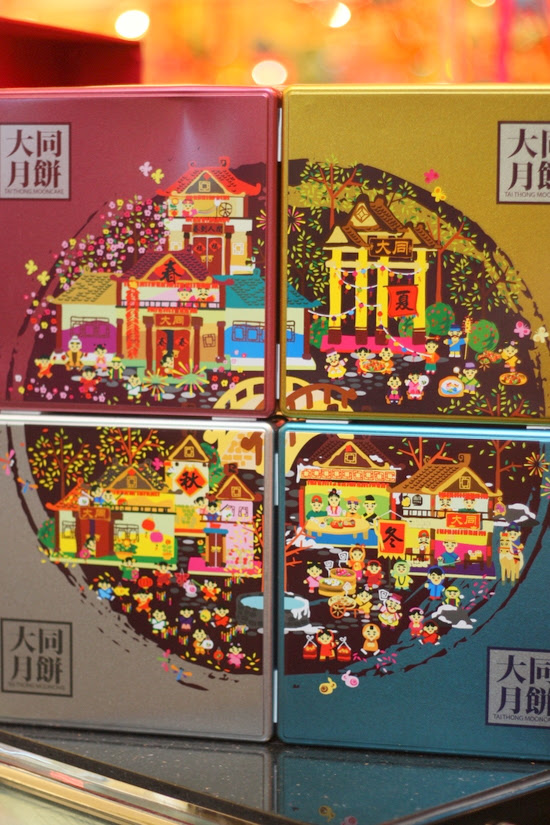 
This year’s theme focuses on the four seasons (spring, summer, autumn, winter) from its packaging to the different flavours.  The four-piece mooncake boxes all depict a whimsical drawing showing a different Mid-Autumn festivity scene and comes in four colours. When assembled together, it forms a distinct pattern. Made from aluminium, these collectible boxes can be recycled into storage containers or even gift boxes. Two-piece boxes are also available. Also on offer is their corporate box for six assorted flavours together with three instant bird’s nest drinks. 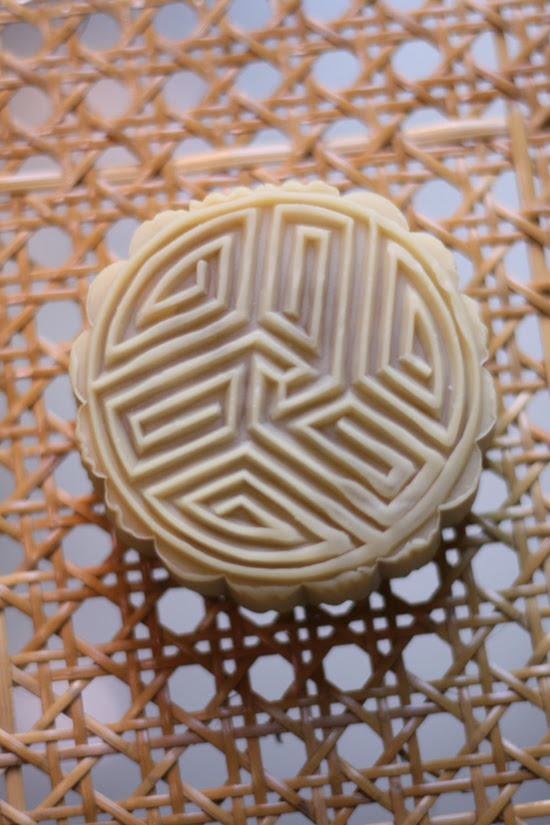 
Always the pioneers in the market in terms of innovative flavours, this year Tai Thong introduces five flavours – four baked and one snowskin. The Wholesome wheatgrass with single yolk represents Spring, a green tinged mooncake with grassy flavours that goes well with the salty edge attributed from the salted egg yolk. For those who like a tangy hit to their mooncakes, the summer theme of Golden honey grapefruit with pineapple is ideal. The grapefruit taste gives it an overall tanginess that undercuts the sweet taste of the lotus paste. I especially liked the pineapple centre since I’m a big lover of that fruit. For autumn, the Savoury white lotus with the shrimp sambal centre is definitely an acquired unique taste with the pungent dried shrimps aroma. Leaving the last for the best is my all-time favourite, the  Snowy white lotus with sesame and custard for winter. This mooncake skin has an alluring aroma of Chinese almond that pairs well with the black sesame and the creamy custard centre to give an irrestible combination. 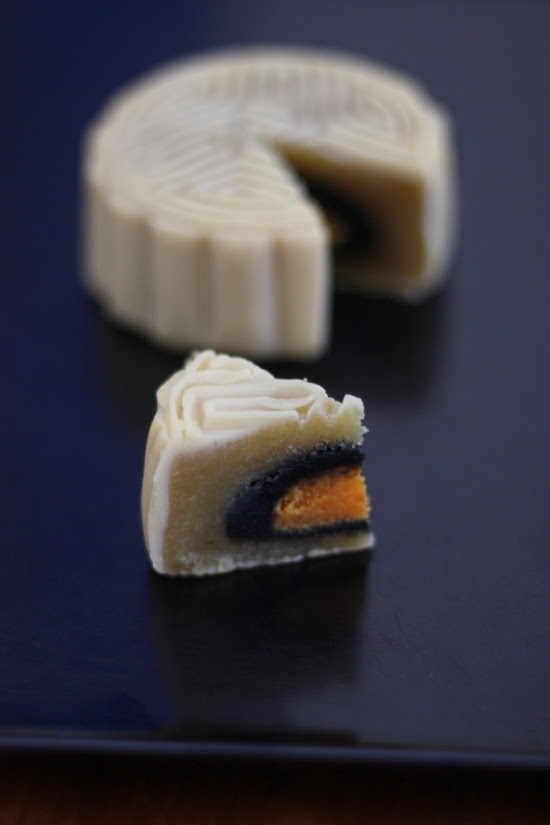 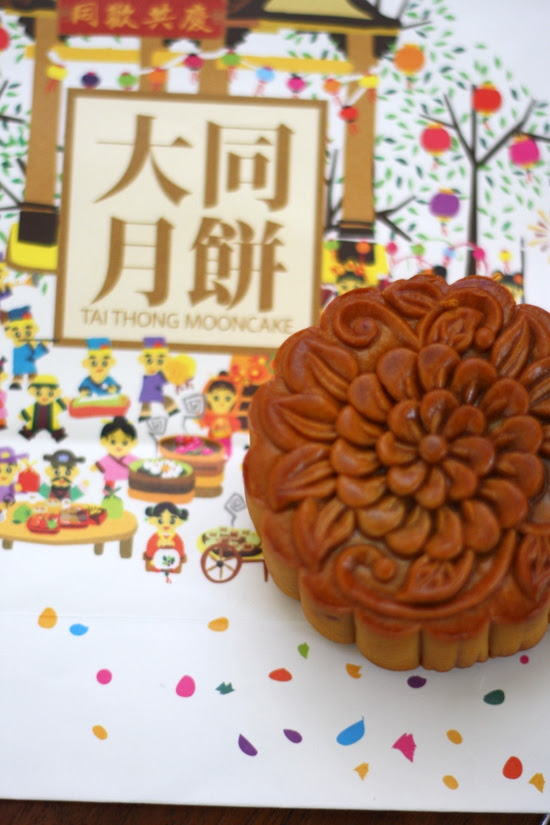 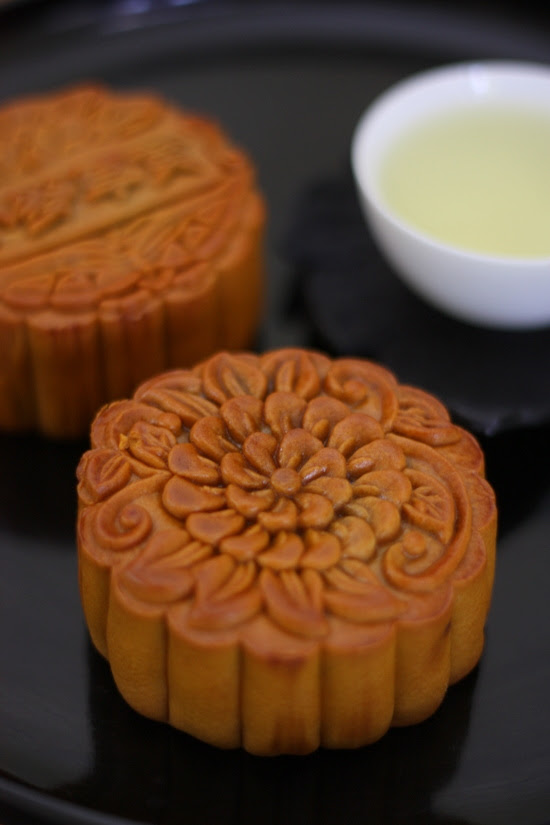 shrimp sambal in front, wheatgrass mooncake at the back


Just like their Facebook page to start winning prizes. You will need to take photo of any of the new mooncake boxes, post it on the Facebook contest at the app with a caption, “I love Tai Thong Mooncakes because…” in less than 25 words. 5 posts with the most votes in that week will go on to the next round where internal judges will select the most creative photo and caption as winner. For the grand prize on week 8, all the same rules apply except that fans are to take a photo of ALL of the new mooncake boxes. Sounds incredibly easy – buy, eat and snap pictures of the mooncakes – win big in the contest!

*This is an advertorial. For more pictures, see the Flickr set.
Posted by boo_licious at 11:51 PM

Love your Buddha doll.. so cute :)

I love the four seasons mooncake boxes... Now feel like buying just to collect them all. Hehe.

And Devil will be mighty happy that you've started with your mooncake review series. Hurrah! :D

Yay! Mooncake mooncake!
Snowy white lotus with sesame looks interesting, but if it has the aroma of Chinese almond that will be even better!"

Baby sumo - we have 2 dolls, a little monk. Just brought back from Beijing last week. Little monk spouts water when you pour it over his head. One of those Chinese tea figurines my mother loves to collect.

Michelle Chin - Must say they mold them so well. Just shows their molds must be razor shape to get the patterns out so nicely.

ckiong - give the snowy white lotus one a try. Really love that hint of Chinese almonds in the skin. My fussy mother's favourite too.

Your photos look amazing! And the competition sounds interesting, but still not back in KL yet. Would want to try their mooncake. Really interesting to hear mooncakes like shrimp sambal, haha!

I love Golden Honey Grapefruit with Pineapple, cause something different with Lotus paste & other ...

Very arty cakes. Love the idea of the painting on the cakes.

Gal End said...
This comment has been removed by the author.
8:01 PM