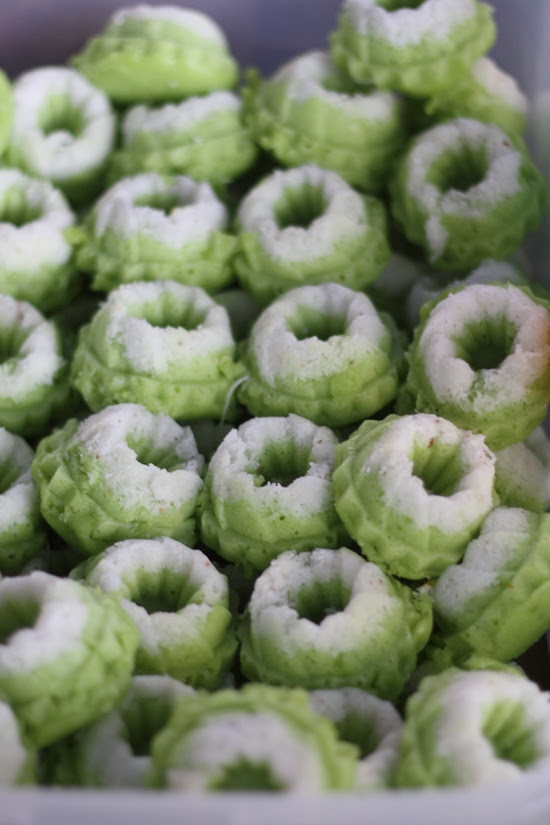 
Sharing experiences are always way more fun I reckon. Especially when it is with people who have never been to Ramadan Bazaars. vadai, a deep-fried Indian snack made from gram flour and spices


Apologies for the super long absence but as usual I got tangled up with work (the nemesis of my life!!). It's slowly getting back to normal this week. While any normal person would rejoice on that thought, I am secretly dreading it (shock, horrors those are the niggling signs of a workaholic). 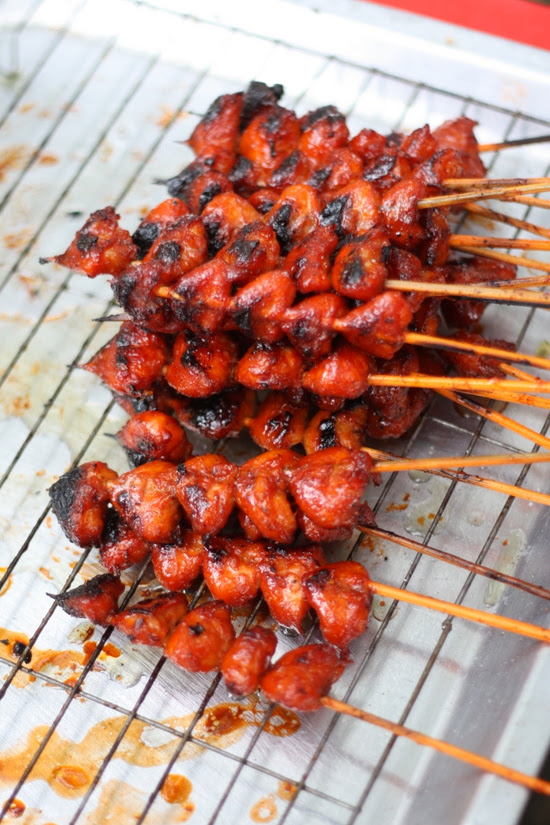 
Back to the bazaar, I've been promising my friend J to introduce him to the joys of trawling through these month-long-only "eat streets" for some time. I finally managed to fulfill the promise last Sunday. Together with two fellow Ramadan Bazaar novices, we tackled the Taman Melawati bazaar in full force. 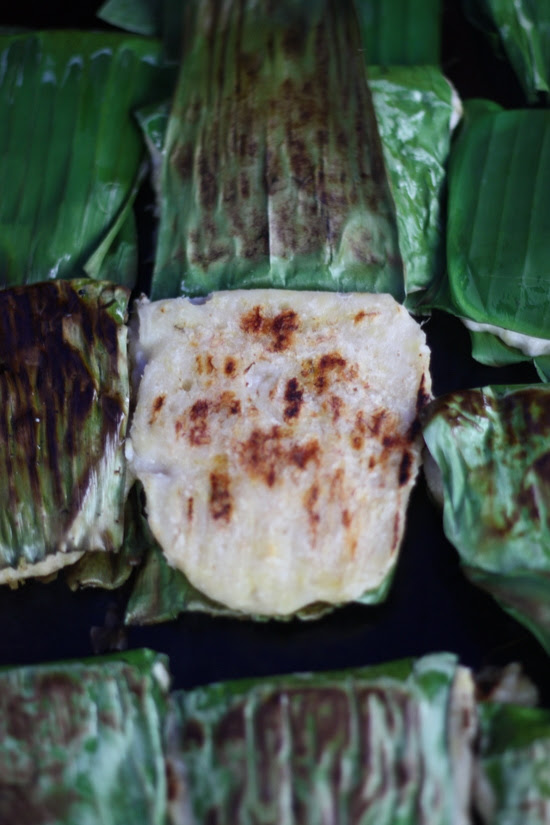 
I guess they all got carried away....the three of them went forth into bazaar land and grabbed everything that took their fancy. I was just happy to stroll around snapping pictures. 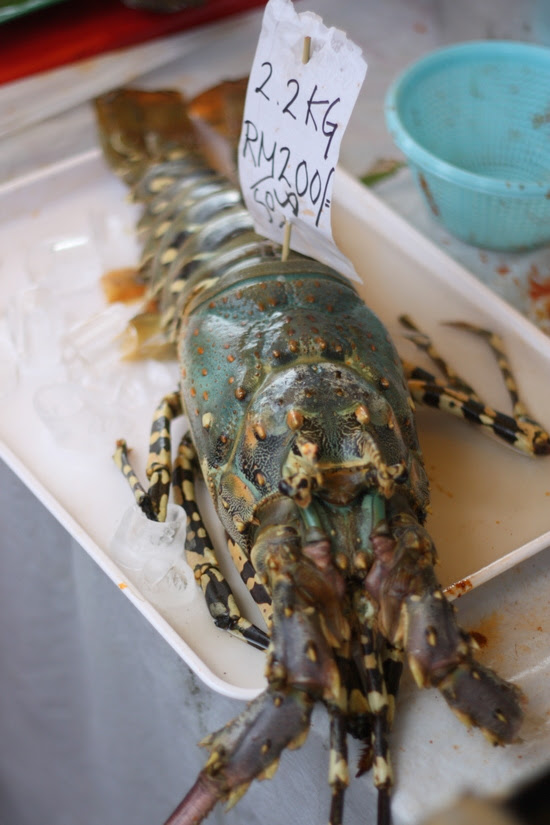 lobster at the ikan bakar stall


I've always loved returning to a familiar bazaar - you spot people you recognise from past years like the tempoyak guy with his solitary pot doling out the durian scented coconut milk broth, the multiple nasi lemak bungkus varieties and the Indian family selling vadai and putu mayam. 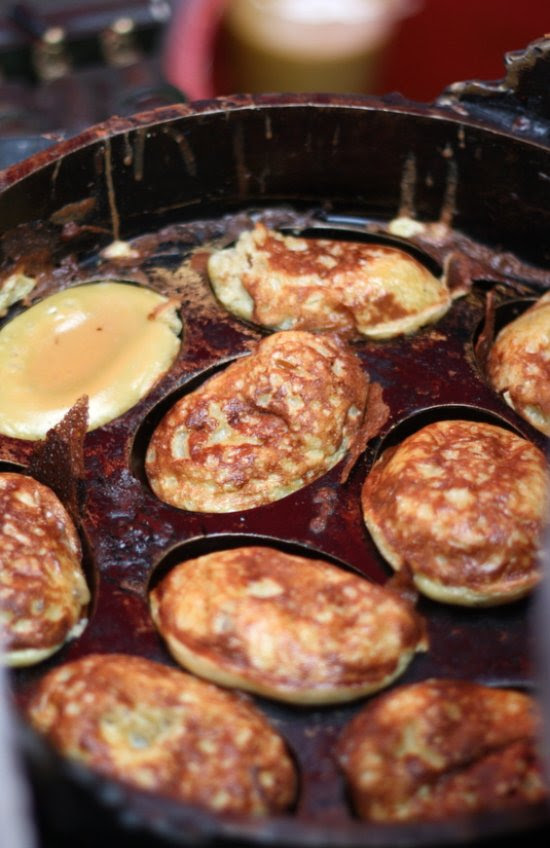 akok, a Kelantanese delicacy made from eggs and coconut milk


Balancing the tension of the old are new and fascinating stalls like the akok seller who uses the traditional charcoal fire to cook the East Coast egg-and-coconut-milk delicacy. Usually a gas fire is used to cook this sweet treat since it is less tedious. The charcoal fire method produces a soft wobbly custard infused with a slight smoky flavour that makes it one of the better akoks I have tasted. 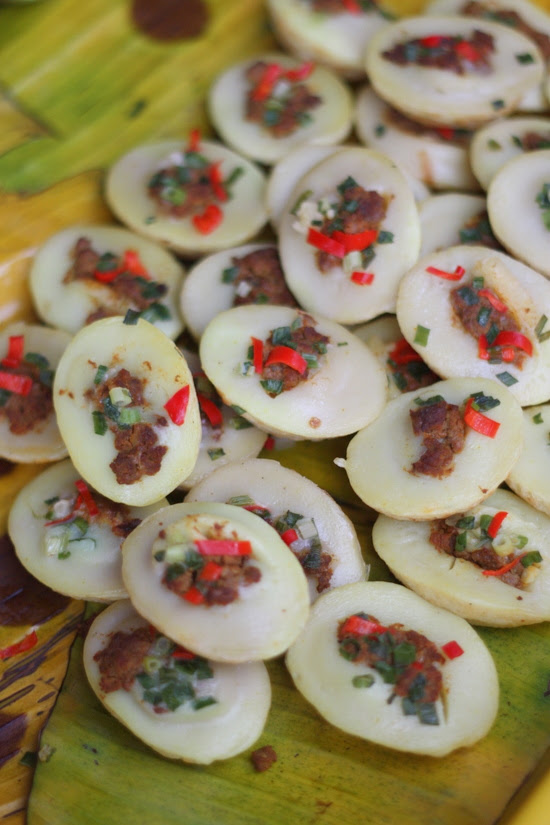 
I was equally fascinated with another rarity, the lempeng stall. The pancake like dessert is made with freshly grated coconut and chopped bananas that is wrapped in banana leaf to grill. While I don't see this often, it seems this delicacy is also offered at the Taman Greenwood Ramadan Bazaar, a place I visited quite a few years back. 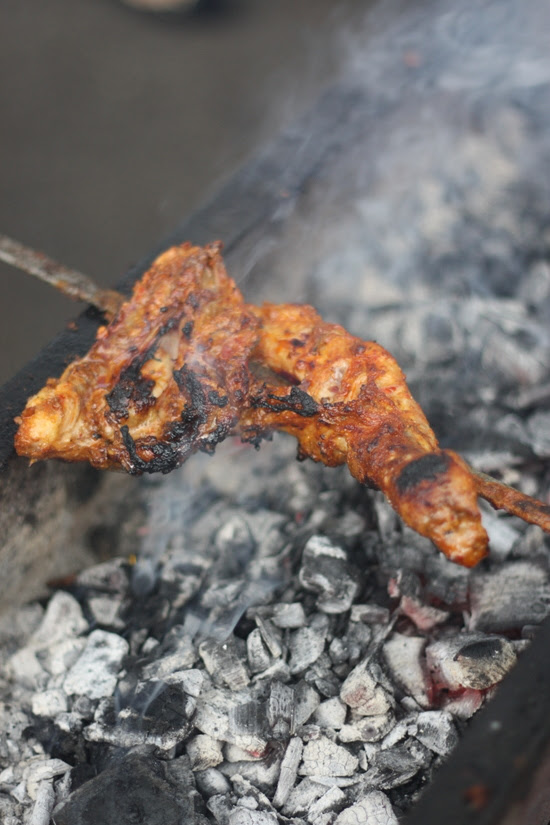 
With the traditional, there'll always be stalls selling whatever is trending, like Angry Bird fondant topped cupcakes. I guess these will appeal to the younger set. 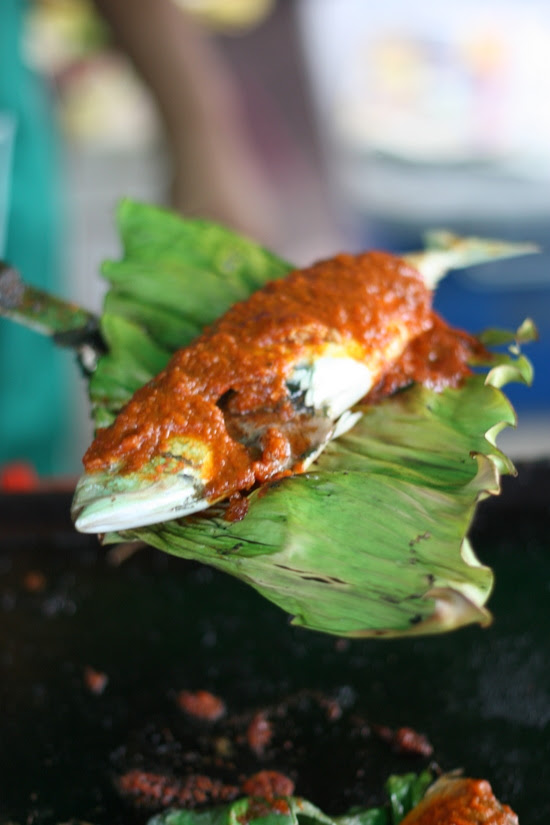 
Since we were a little late, the bazaar was in full swing, chicken being grilled in various ways - over charcoal fires - in specially made rotisserie cabinets. The whole chicken stall near to the highway seemed to be doing roaring business with a huge queue but we did score some aromatic ayam bakar that didn't need much wait. 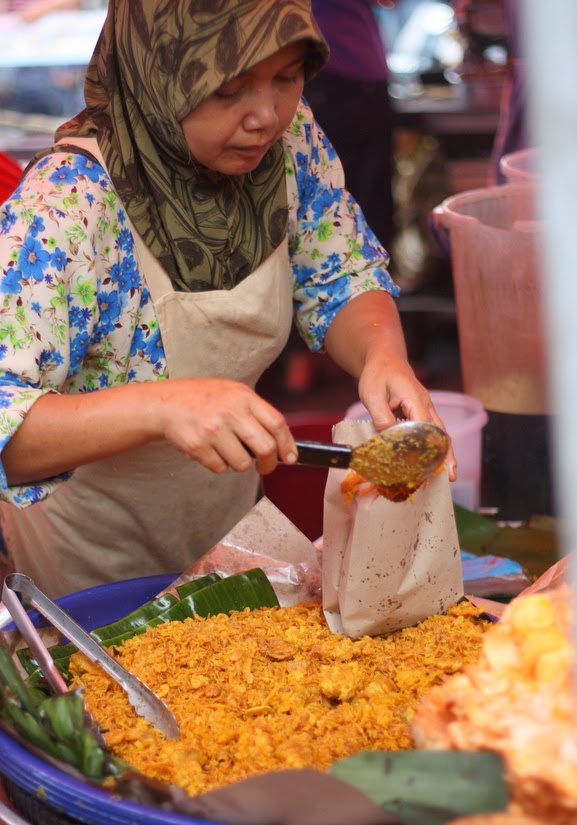 
The traders seem to have upped their game here. Spotted one ikan bakar stall touting deluxe lobster! I almost missed it until they kept pointing it out. There's a sign on it which says it has been sold, wonder who scored the crustacean for buka puasa that night. 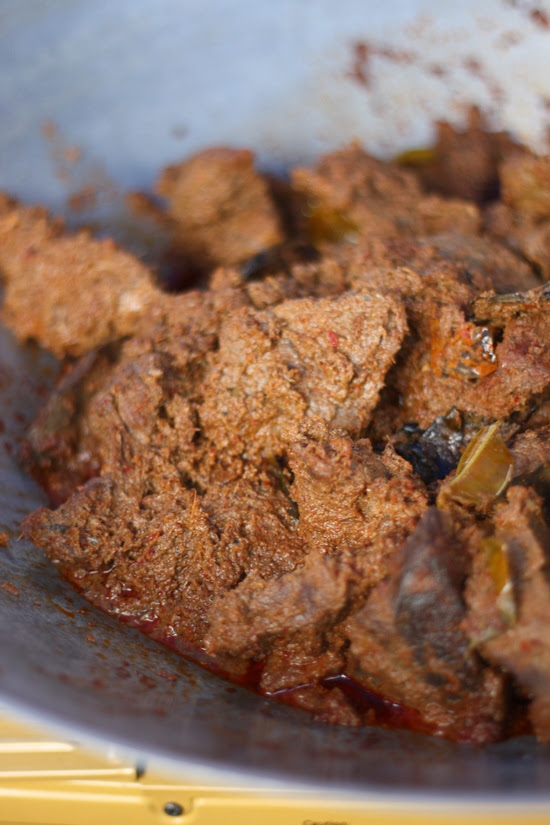 
Instead we settled for the more humble ikan kembung bakar topped with lots of sambal. It lacked much punch though. Would have preferred the stuffed cencaru variety usually found in Kelana Jaya. 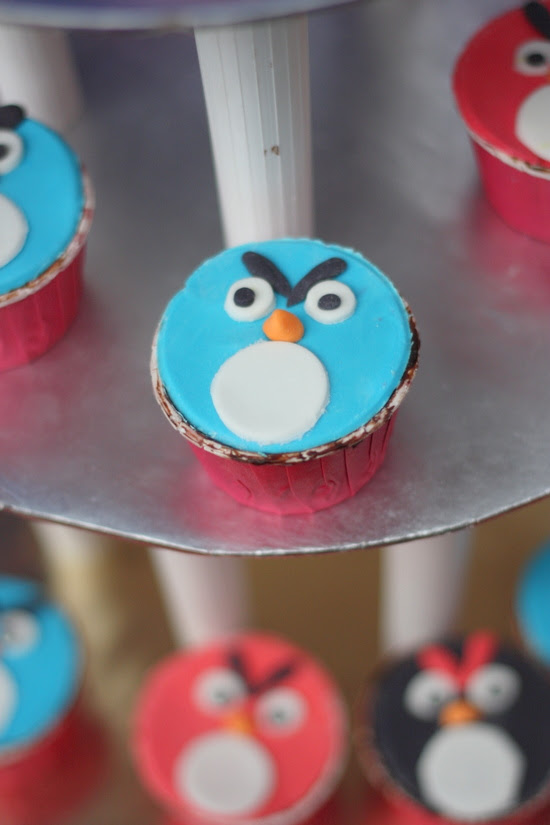 
A must-have for Raya would be lemang, the glutinous rice cooked and grilled in bamboo tubes. Accompanying it would be rendang, slow cooked beef in a rich coconut milk spiced gravy. One of my all time favourites is the drier but super aromatic rendang tok from Perak. 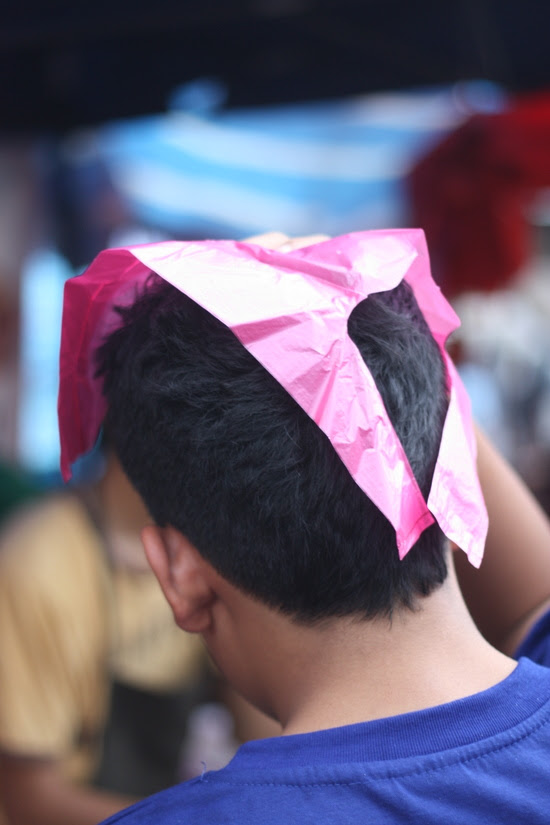 the way to beat the raindrops 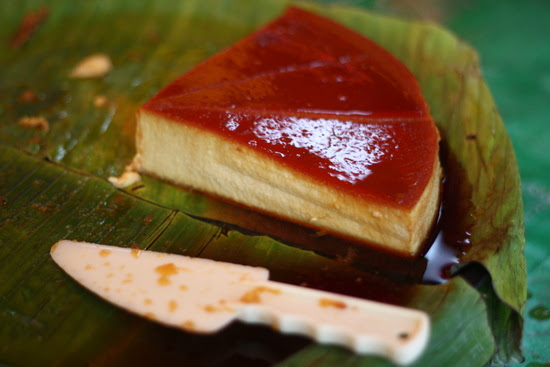 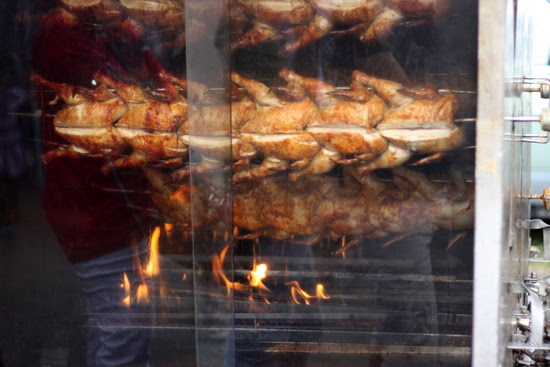 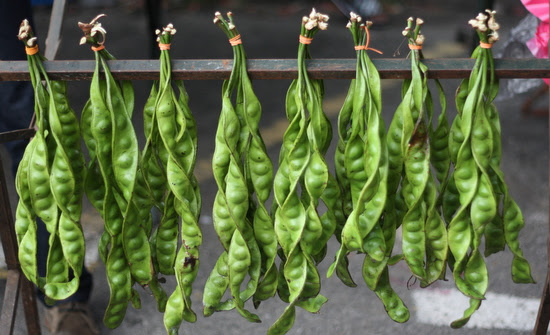 
We made a hasty retreat from the bazaar with the raindrops falling, a prevailing hazard nowadays especially since the monsoon rains beckon round the corner. Tasting the whole haul (imagine one table full of plastic bags with various items) was a mix of hits with some mediocre and one super fail item (the tofu bakar).


I'm not too sure if this could be the last bazaar posting but I definitely will try and slot in the Kelana Jaya one this week since I have always loved the laksam from a particular stall there. Hopefully they have not packed up and gone back to kampung as I have heard that most people are now making their way home for the celebrations already. Fingers and toes crossed I get to eat my favourite laksam this year.


For more pictures, see the Flickr set. Previous visits include 2009 and 2007

So many special food! The bazaar Ramadhan I went last week at Kepong was so boring >.<

Had to do a double take and read your caption when I saw the lobster. Was gonna ask whether anyone went for it and saw it was sold.

Baby Sumo said...
This comment has been removed by the author.
10:50 AM

some petai would do me good now. :)

Everything seems very tasty , except the lobster - i don't know why but I could never try eating this thing...

Wow... I've never seen lobster at one of these Ramadan bazaars... guess tastes have become more decadent of late? Hehe.

Things have changed from those days when lekor, lemang and rendang were all the highlights of the bazaar.

And you had to end that with PETAI! Just what I need now ....

Lovely pics, Boo. You make it all look terrific.

after ramandan, where are the food streets in KL city? or do all these nice kueh stalls pack up and only sell during this one month?
thank you.

Sometimes urad dal is called Black Gram Dal(gram being the general name for all sorts of lentils/pulses).

Your post made me miss Malaysia. Of the twenty years I lived in Malaysia, I never been to a Ramadan Bazaar. I wish I did.

On another note, do you know about Param KL?