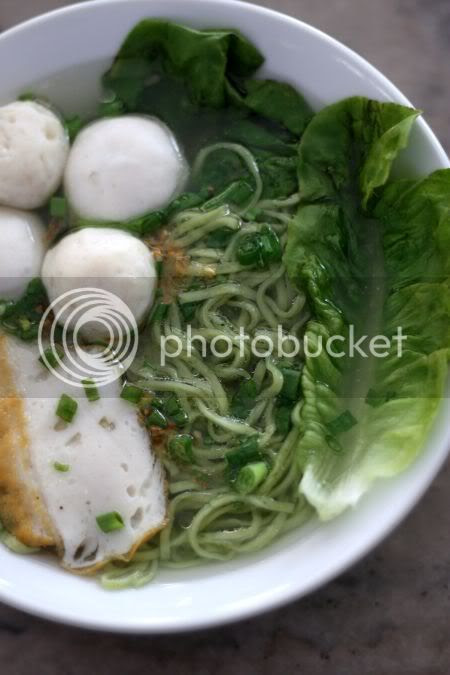 green comfort in a bowl - celery mee for RM6.50


A few years back when I first stumbled on the Tang House of Fishball, I was enthusiastic as the food felt like what my mother would cook at home - bouncy natural tasting fishballs, clear soups, fish cakes and etc. Blink a few years away (four to be exact) and it looks like the general public has been very receptive to their food as they now have expanded to six outlets peppered all around the Klang Valley. 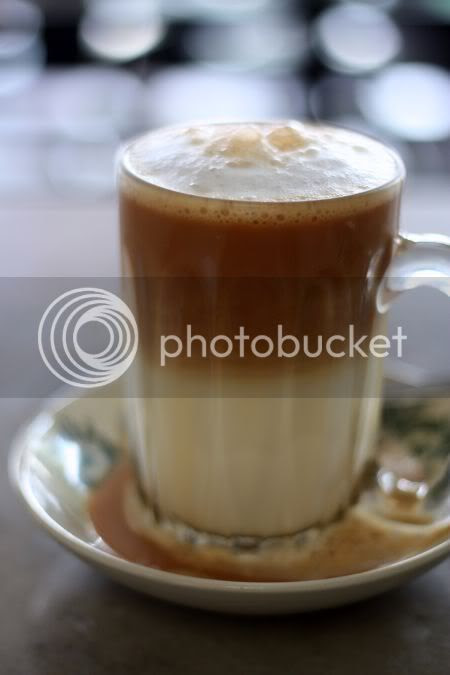 frothy hainan tea
I must admit I never tire of eating that simple fare and I'll end up eating at the same Seapark outlet I first discovered four years ago. Through time, the menu has been tweaked to cater to the public's taste. At this particular outlet, their latest one you find old favourites here - celery mee, mee pok, porridge, fishballs, yong tau foo stuffed with fishpaste, fishcakes, fishballs and etc here. However, it also holds one particular item that is not served in the other outlets. 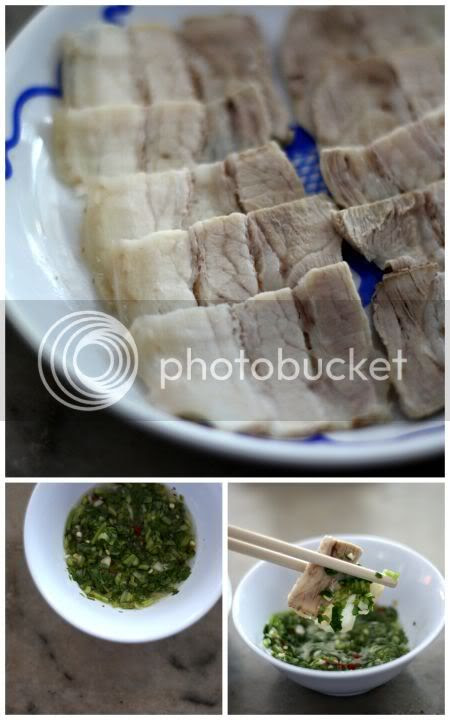 Discovered by my mother who is often the know-all person on what's happening in Petaling Jaya, she raved on about this particular dish that perked my curiousity on a Saturday afternoon. Strangely enough, there are two outlets back to back to each other (even though it has a different name) but there are slight differences to the menu and the restaurant environment. The more packed and familiar Restoran Tien Pin is not air-conditioned while the newer outlet Tang Pin Kitchen has an air-conditioned area. 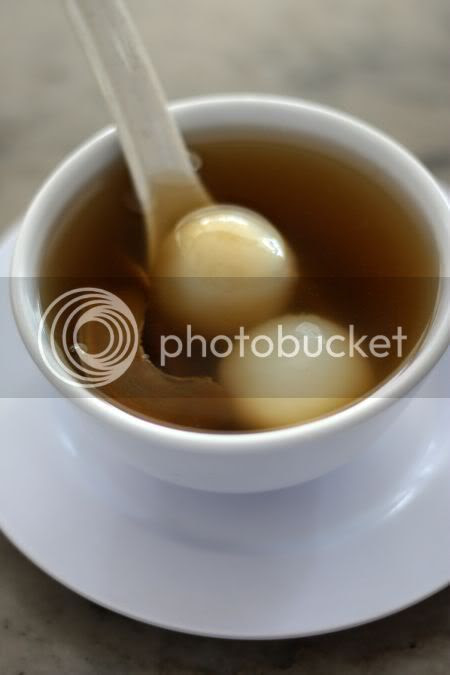 too sweet a dessert for me - ginger tea dumplings

My bowl of celery noodles was incredibily satisfying - bouncy noodles tinged green with fishballs, thinly sliced fishcakes, little Gem lettuces and surprise surprise, Foochow fishballs stuffed with minced meat within. However the star of my lunch was the simple sweet and spicy pork - cold thinly sliced pork belly slices served with a flavour-packed dip. Concocted by the owner, this dip was slightly tangy (we reckon a little sour plum juice since its a little too mild to be vinegar) and comes with finely chopped coriander, garlic and chillies that adds a teeny weeny kick to the sauce. Simply yums!

Everything was washed down with the Hainan Tea (RM3.50), which came with a frothy head. My only gripe was it didn't taste hot enough. I wasn't too enthusiastic about their ginger tea dumplings either - they must use a pre-made ginger syrup to mix the broth as it was toothachingly sweet that I could only manage a few mouthfuls with my black sesame paste stuffed dumplings. Never mind, next time I'll know better and go for something safer like fu chok yee mai (barley).

(Non Halal. Open from 11am to 11pm daily. This outlet is under the Tang House of Fishball group. They also have another outlet at the shophouse at the back street called Restoran Tien Pin. The restaurant is on the same row of shophouses like Eng Seng Hin Electrical, New Formosa, Nyonya Restaurant and etc. For more pictures, see my Flickr set.)

Tagged with: Fishball noodles
Posted by boo_licious at 12:00 PM

I was just waiting for somebody to blog about this place. I keep passing my this place on the way home from work, but never bothered to hop in for a try. If it passes Boo's taste, I'm sure I'll have a good meal there. Oooh there's pork here. I'm so there!

I'm going ot give this a miss. I can't stand fish balls, fishpaste and porridge.

Oh yummmms - have to try out those pork slices soon. :) :)
(I don't care how many calories they are)

That pork belly's stolen my heart! What's the likelihood of me being in the neighbourhood this week to claim it back? Unfortunately, NONE!

same row as New Formosa.. hmmm.. am I blind or something?? DOn't care lah... will drop by to try

qwazymonkey - hee hee, it is SS2 so chances are pretty high it's a porky place. Hope you will like this place.

Au&Target - oops, avoid at all costs then.

J - LOL! They're ordinary on their own but me love the dip.

minchow - u'll be in lovely Penang gobbling down CKT and prawn mee so it's ok!

leo - it's a long long row, so u can always go try again?

Oh! mr. Michael Tang will be SO happy about this post. he is family fren all, use to be ex-Msia squash team coach!

Anyway, I like his outlets, esp the non-halal ones. He uses damn a lot of chee yar char that's why so tasty:)

Is this new? I have not seen this place despite staying so nearby. Now I gotta wait for my next trip back to Malaysia...dont know when :(

ED clothing was approached by appearance artisan Christian Audligier to actualize a band based about the acclaimed boom artist's designs. ED Hardy Shoes has formed harder to drag tattooing into an art anatomy and by many; he is advised the greatest active boom artisan around. hardy shirt is accepted for accumulation Japanese aesthetics into American boom styles