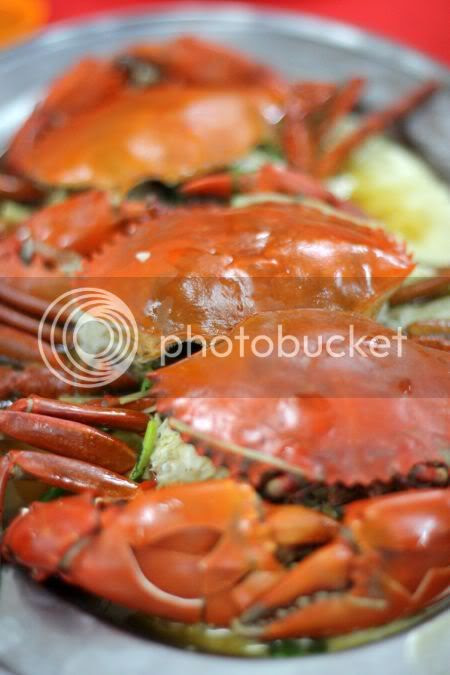 I love me crabs, the sweeter the better especially steamed

When Precious Pea migrated to Australia, I was devastated since it meant the loss of a crab eating "kaki" or friend/pal for me. Somehow Splashie Boy never took to crabs probably because he's not the kind to bother about the slow intricacies of searching for the sweet crab meat within the claws or the teeny weeny legs. Since he knew I had lost my crab eating pal, he has since valiantly stepped in and acquired a taste for crab (but only for the less troublesome claws). 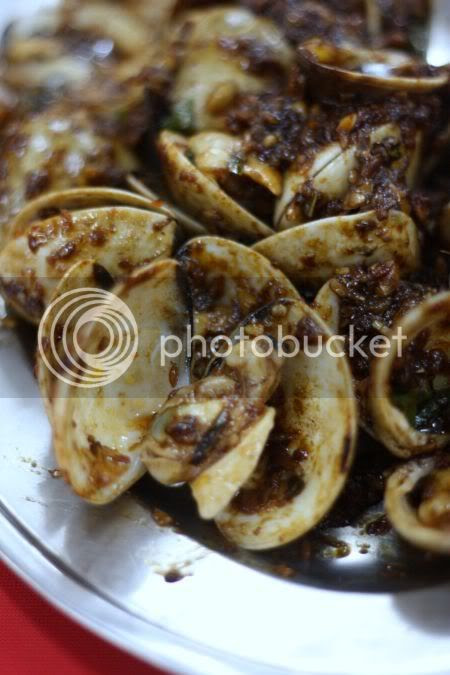 While he's a worthy replacement, I missed Precious Pea. Hence, when she recently returned for the holidays, we started our crab eating adventures. Pure satisfaction was found at this corner restaurant that served sweet tasting crabs best enjoyed steamed with egg white, ginger shreds and rice wine (3 crabs for RM35). Every drop of that crabby essence mixed with the aromatic wine was drained with gusto, while we sat around and slowly enjoyed the sweet crab meat. 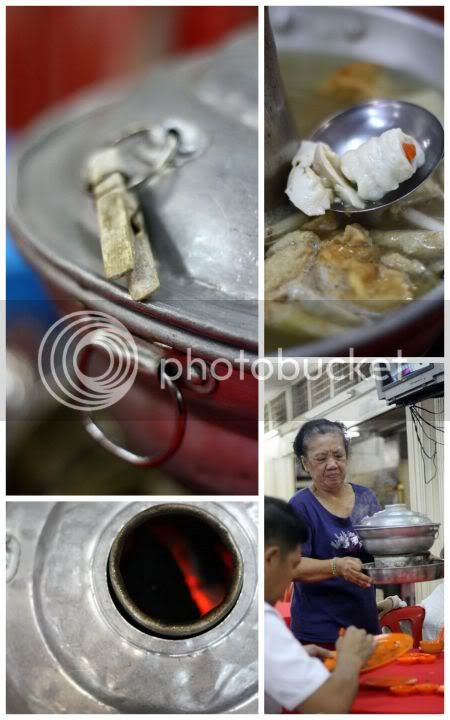 Something else we also enjoyed were the kam heong clams (RM15) - this time they used the larger Manila clams fried in a slightly spicy and soybean rich sauce. While we would have preferred the smaller clams or lala, these ones were a good replacement. 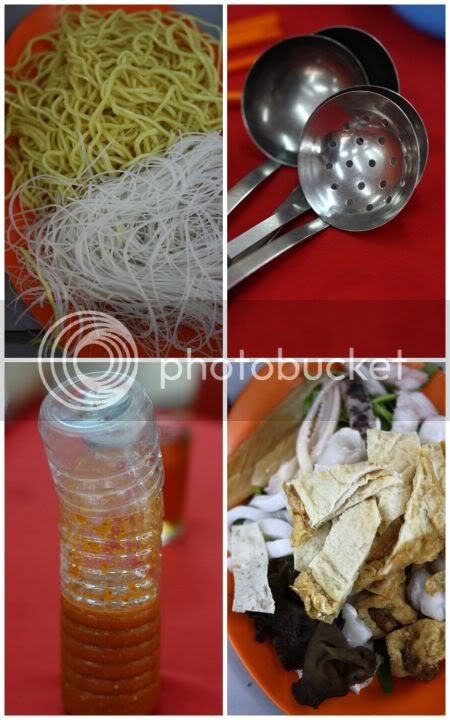 Last but not least, even though the weather is unbearably hot for steamboat, it was Boon Wah's famous charcoal steamboat. Really old style but I liked the stock filled with crispy pork lard fritters and bits of fried fish to give it flavour. The steamboat set comes with a variety of fishballs, tofu puffs, vegetables, black fungus, fish noodles, sotong, vegetables and noodles.

Next time when you're in Klang, drop by here for satisfying seafood and steamboat. Even regular Klang-ites like Julian Si highly recommends this place. You won't be dissapointed. Next to it, is the famous Bubur Goreng place that I've also earmarked as the next stop to try.

(Non Halal. Call ahead to check availabilty of seafood as it depends on their supplies. More pictures in the Flickr set.)

Awww how sweet of splashie boy! As McC would say "It's ok, I'll "suffer" for you" LOL

yaa, i think i'm with splashie boy. i can't bear having to korek through tiny crab legs for even tinier morsels of crab meat. y'know, i haven't even been to fatty crab yet =)

oh my,
the crabs looks great.

nothing beats a simple way of steaming it fresh ay.

I love crabs too, but only if the claw is big. Less troublesome!

My pageant friend told me about this place since she stays in Klang. It slipped my mind until I read your post. ;P

If only I had no meeting :o(

Slurrrp, yum. Also going to look at those burgers at Devi's!

What a place to enjoy slow golden crabs with fav eating kaki, all the way from Ozzzz !

We are now thebaDderMen :D TQ

my first time going to Berkeley Park in Klang was to try the famous Mo Sang Kor BKT... as I thought that it was expensive to eat BKT at the Hutong outlet...
I was amazed to see so many eateries in this area... I think that I know where this place is...

i can your new crab eating kaki!

I'll eat crabs with you, Boo, even to passport-required places. :-D

Thanks, though I'm no fan of steamboats.
The idea of fried porridge sounds lovely. Near to the Fatty Pan Mee, Pao Xiang and Mo Sang Kor BKT?

nice, no need to go to Cameron Highlands for the charcoal steamboat.

I am compiling the list of great seafood places to go for my next trip back to Malaysia. Haven't been to Klang for a loooooong time, this looks really promising. :)