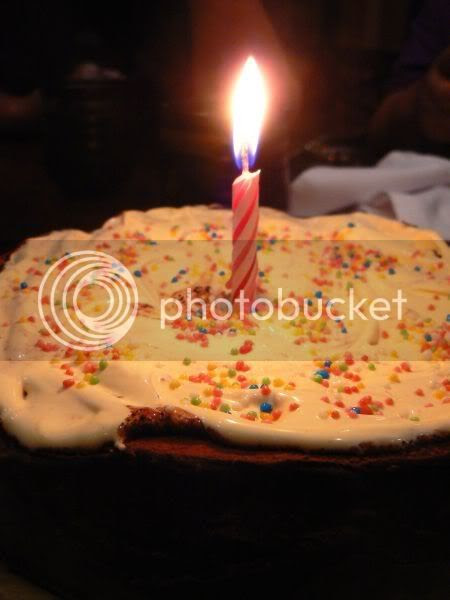 Hear ye! Hear ye! The first meeting of the Japanese Friends Kawan Association (JFKA) is called to order. Topmost on the agenda was great Japanese food which we found at Ninja Jones. It was a momentous gathering when great appetites get together. Not only did we get things in order with the association, we also celebrated Precious Pea's birthday. 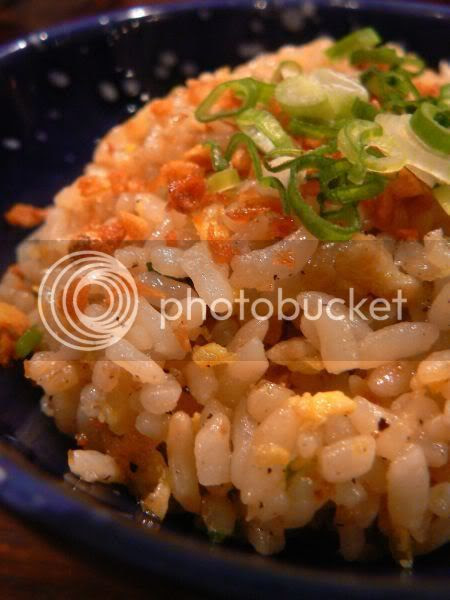 Feeling tired after jamming my foot on the accelerator and brakes since it was the eternal jam on the Federal Highway, I left it to the president of JFKA, the honourable Madam Lyrical Lemongrass to order loads of food to feed our grumbling tummies. The manager was a real sweetie as he guided us through the menu with recommendations on house specialties. 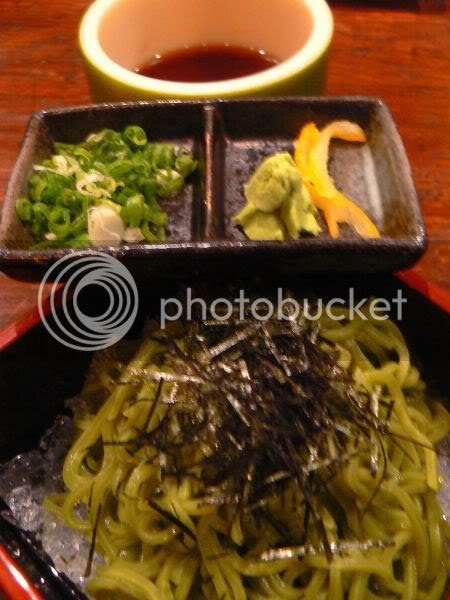 I reckon nowadays I get so tired my picture taking skills has detiorated tremendously. Takes me longer to get a perfect shot and I will get days or nights when out of all my snaps, one will be blurry. Once we ordered, food started arriving quickly on our table. 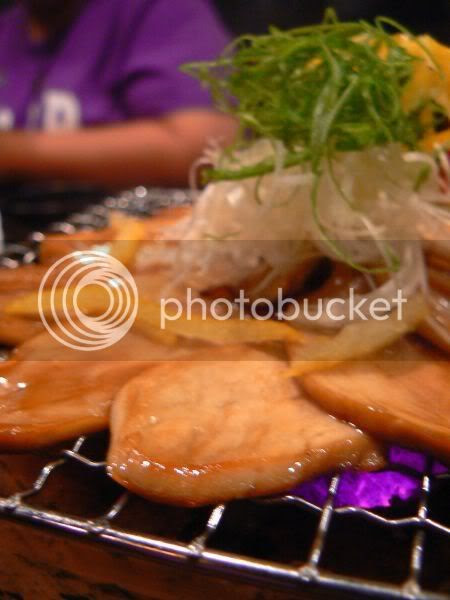 As usual, when Floggers get together, food tends to get cold since each dish goes through the "food paparazzi" with all sorts of cameras zooming on the food. We almost had a mishap with the Eriningi Grill as the mushrooms started to burn slightly. Luckily we rescued them from the fire and everything was still good. Thumbs up to the juicy mushrooms! 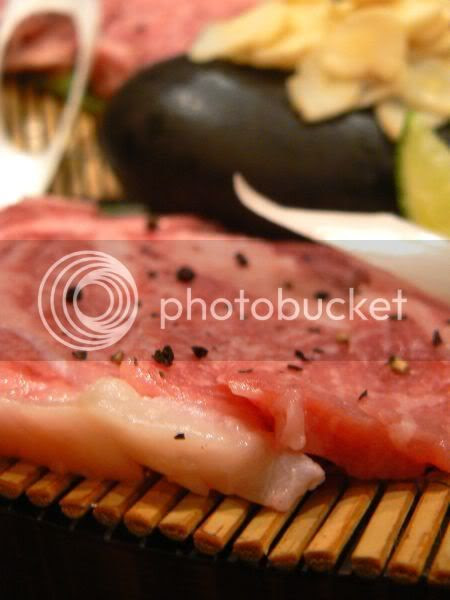 Since it was a dual celebration, we went for the jugular - the Kobe Beef which costed a whopping RM195++. Didn't feel so painful since we ended up sharing the bill and it was very worth it since it was excellent - the melt in the mouth and juicy texture. 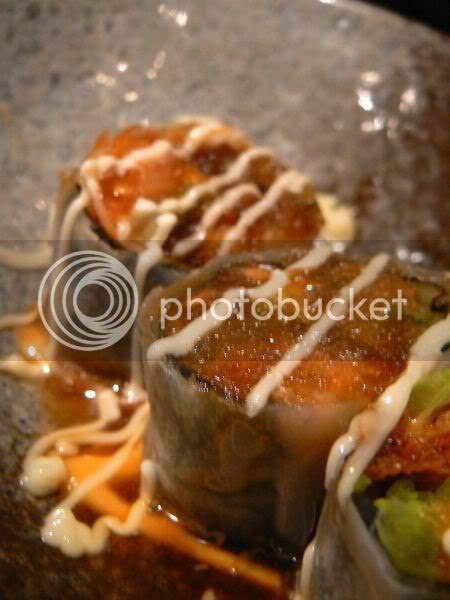 Maki orders were made with the consultation of Head of Maki, Paprika. She deemed the two varieties we ordered good stuff. The Avocado and Soft Shell Crab Namaharu was interesting with its soft texture and slightly tangy sauce. 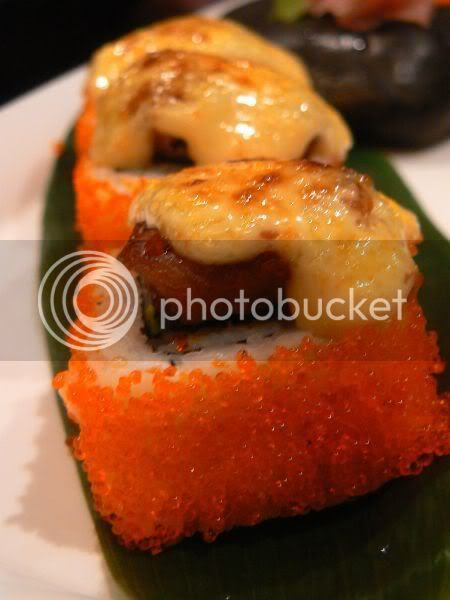 The Volcano Roll which was recommended was such delicious stuff that even the non-fish eater aka WMW enjoyed it. We kinda suspect she likes the cheese topping the unagi that masked any fishy smells which she hates. 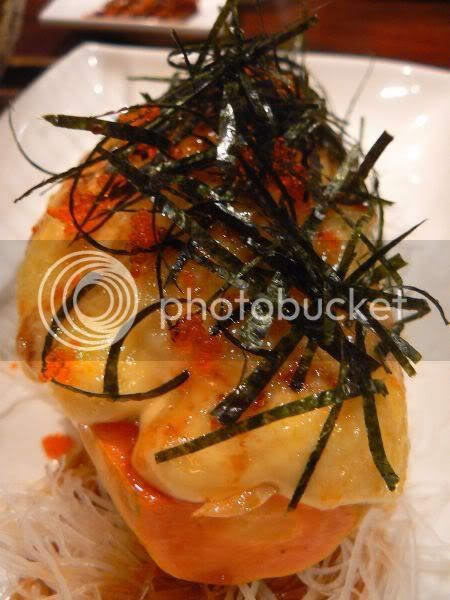 Similar to the Honeydew Moto Yaki version I had at Yuzu, their sister company, this dish was served on top of a halve of papaya. Although the creamy sauce was yummy I think I prefer the honeydew version more. 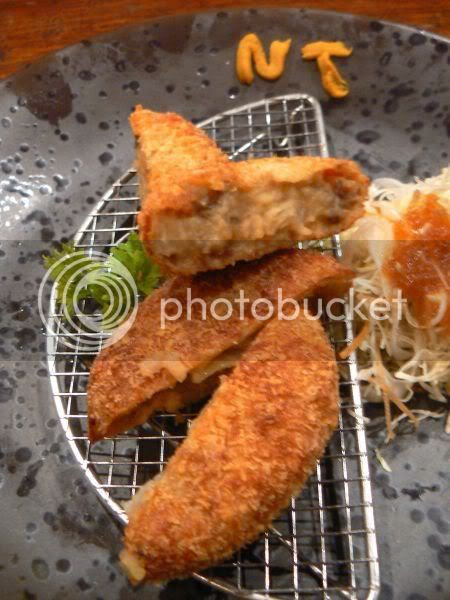 Aside from traditional Japanese food, Ninja Jones also serves a variety known as "Jones Cuisine" which is basically Yoshouku or Western food given a Japanese twist. Here the traditional Nikujaga - the homey beef stew with potatoes get re-invented as a potato croquette. I thought this was pretty average tasting. 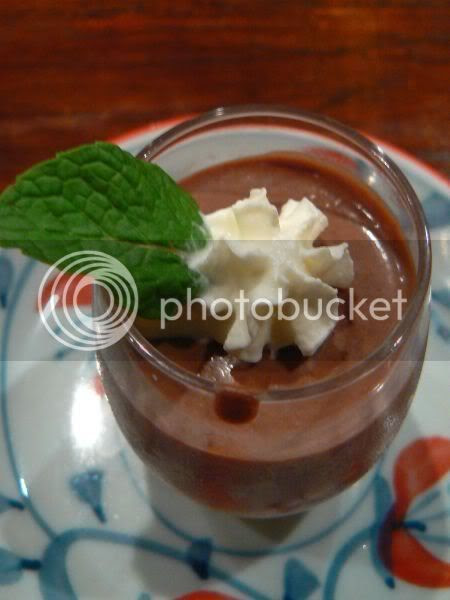 To end the occasion, we had complimentary Chocolate Mousse and the celebration cake - Chocolate Brandy Truffle Cake from Fatboybakes. The people at the restaurant were so innovative as they decorated the cake for us with pure cream and a sprinkling of hundreds and thousands. Good stuff (Hic!) which had our Madam President ranting on about something.....Honestly I was too (Hic!) to bother on what she was going on about. Maybe it was about the next meeting. Whatever it is, I will definitely vote for once a month gatherings to enjoy yummy Japanese food.

Congrats to JFKA. Recruiting any new member soon? I want to join too ;)

The Kobe beef must be very delicious and melts in your mouth. I want to try too but it's too deep for my wallet. :(

This JFKA is going places! The volcano roll caught my attention..especially since it's cheese AND unagi!

Congrats on the first dinner meeting of JFKA and Happy Birthday to Precious Pea!

sigh..looks like i had to try harder in my next "application" to the club..or do i really have to resort to bribing..

The food that you ordered look so delicious especially the Volcano Roll and the Avocado and Soft Shell Crab Namaharu. They really serve a large variety of food. Gonna revisit this restaurant next time!

i had a celebration there before as well but did not get to try so many things!

jackson - hee hee, u are not JFKA though.

ling239 - it is quite tender, just just a while on the grill and it is done.

rokh - we were very ambitious that nite, guess it becoz we were hungry.

wenching and esiong - hope u enjoy it.

teckiee - can, next wed ok?

LL - I think we need to do screening though.

daphne - WMW really liked it a lot, she had seconds also.

Simon - the wagyu is also good, cheaper but still yummy.