Before I continue today's post, do vote for the Floggers videos on this LINK - Apple Crumble Team and Fantastic Four. More details are in the previous blog entry. Thanks to those who have voted. The videos should be up for a week so get going with your votes and watching the videos.
With the long break, we did some exploring at Pavilion last week. Just opened last Wednesday, Food Republic is a food court which hails from Singapore. On the day it opened, there was quite a commotion at one of the stalls which saw a three foot snake drop by. Not sure how the snake ended up there (it seems it dropped from the signages on top) but luckily it was caught before it caused more trouble.

There's loads to choose from the 28 stalls available. We hopped around the area and checked out the following places: 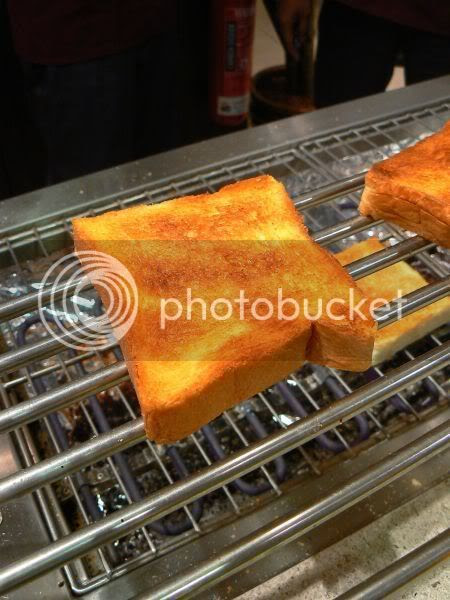 Toasting the bread over the hot grill

Splashie Boy was keen to try out this place especially after he saw the Peanut Toast. Quaintly decorated with thick loaves of bread, rustic pots and pans, this is the second outlet for Toastbox. The first outlet is located at Mid Valley Megamall. 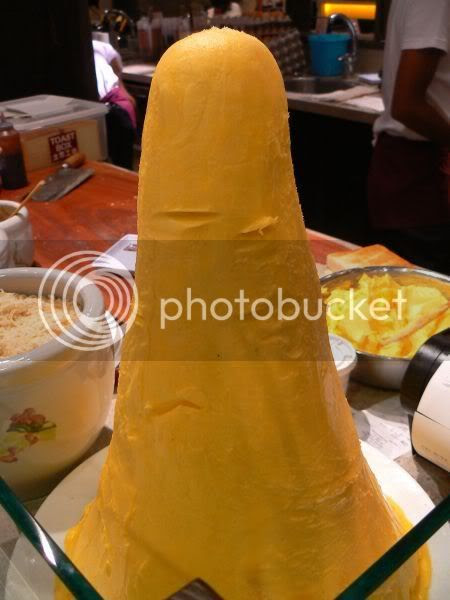 Seems to be a characteristic of their outlets - the impressive butter mountain. Reminds me of my economic classes which taught us about the growing butter mountains in Europe where people stored butter due to cheap subsidies. Seems at one time, so much was stored that it could have created a mountain large enough to build a ski slope. 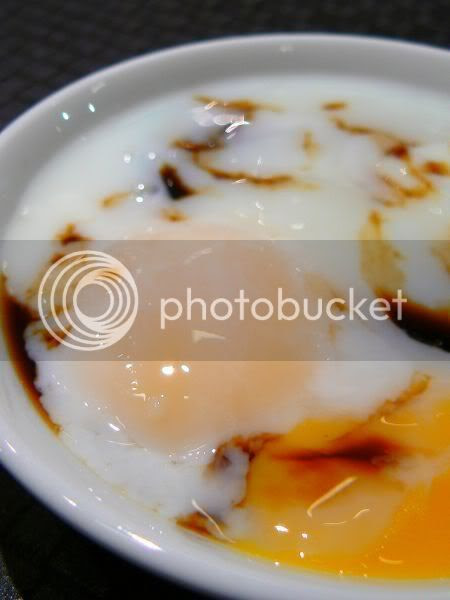 Since we wanted to just try the food, we ordered one set which was served with 2 soft boiled eggs, a cup of tea and toast. The tea was very aromatic and smooth. I liked the eggs which was boiled just right - not too watery or hard. 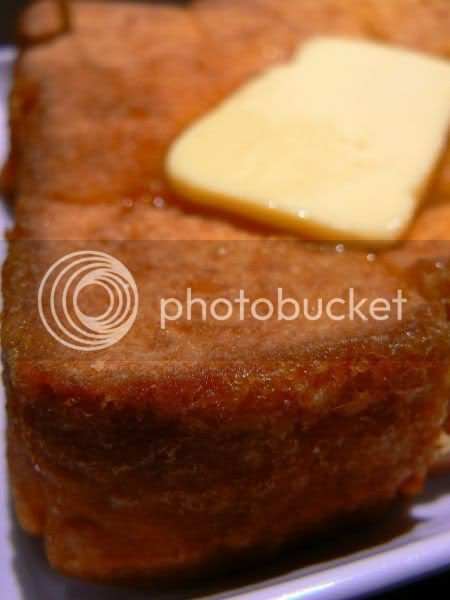 Splashie Boy wanted to try their French Toast - quite dissapointing as it was just thick toast with just a hint of eggy taste and topped with a piece of butter. Very sinful as the butter would melt on the bread. 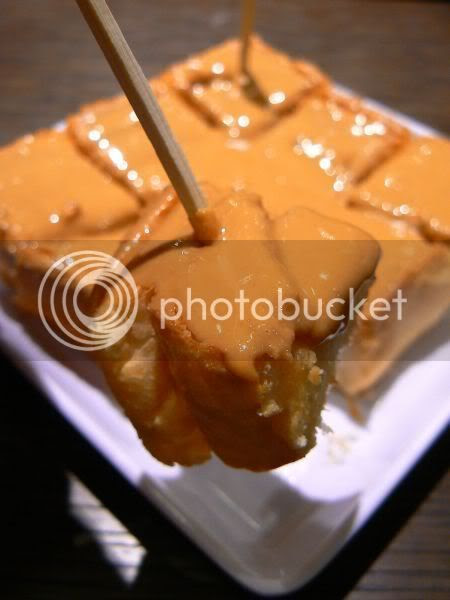 We preferred the peanut thick toast - toast topped with a creamy peanut butter. Yummy and delicious down to the last crumb. They also serve various types of toast like the unusual Otah Toast. Mee Siam, Lontong and old fashioned cakes are also served here. Would not mind returning for their Mee Siam since I love the Singapore version 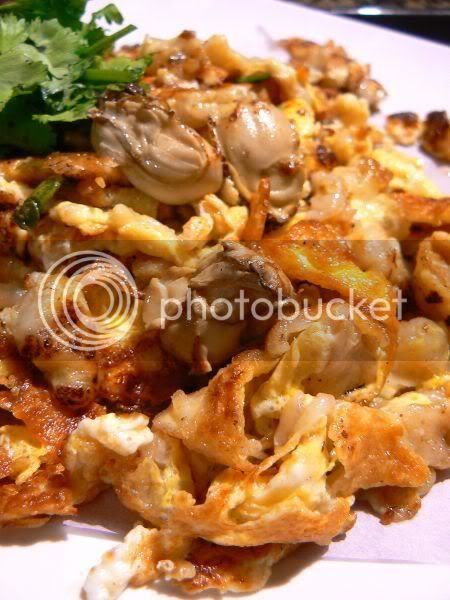 Another place which we thought was worth trying was Thye Hong. The people behind the counter wear rattan hats and the food is served on a dried leaf. It seems this is the bark of the betel nut tree. They only have Carrot Cake, Fried Oyster Omelette, Char Kuey Teow and Fried Hokkien Prawn Noodles. We had a portion of the Fried Oyster Omelette (RM7) which was not bad as it was not as sticky and gooey like the ones we get at the hawker stalls. 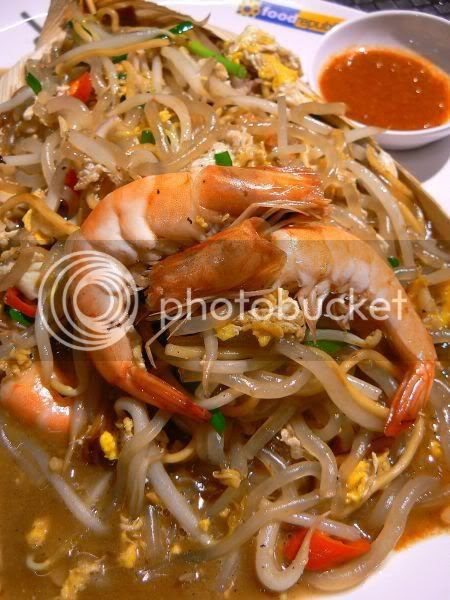 I really liked the Fried Hokkien Prawn Noodles (RM7) which is unlike the black soy sauce Hokkien Noodles we get. They use a mix of chewy rice noodles with thin yellow noodles with not much alkaline water taste. Filled with prawns, bean sprouts, chopped chives and egg, I find the broth used to cook the noodles is pretty tasty. This got our thumbs up and we would not mind returning for another plate of the noodles. It is interesting to note, they have two people who man the woks - a flatter wok specially for the oyster omelette and carrot cake while the other wok is used to fry these noodles and char kuey teow. 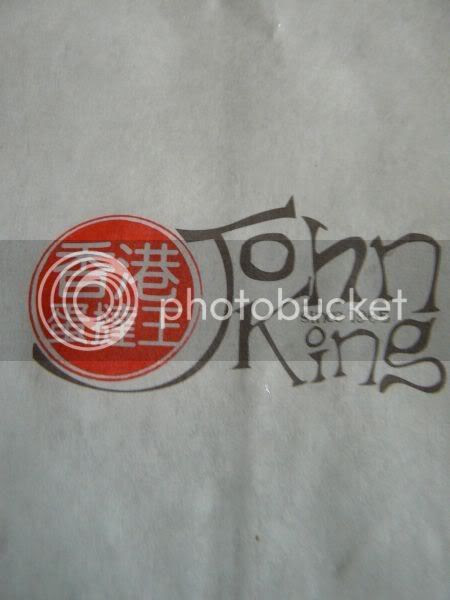 At the end of the food court, nearer to Rain Nudle House is this egg tarts stall. Said to originate from Hong Kong, they sell a variety of tarts and biscuists like Loh Por Peng and Hap Tau Soh. 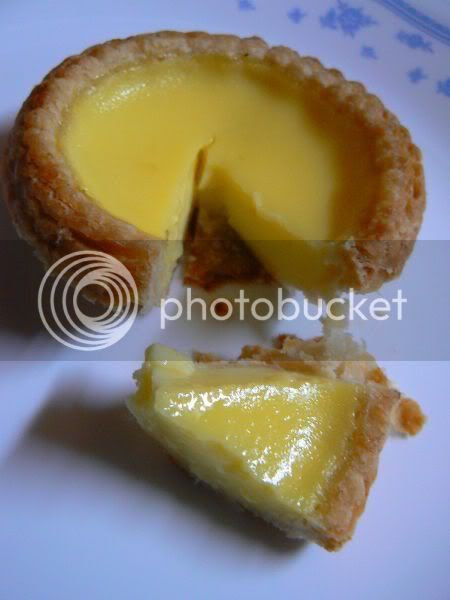 I tried some of the tarts when we walked past and liked the milk egg white tart. When I went back, there were no more milk egg white tarts one hence I bought the normal egg tarts (RM1.60). They offer two crusts here - cookie (the thicker) and the fluffy pastry. The pastry is nice and light making the tart easier to pop into the mouth. I kinda prefer the Tong Kee one though as there is more layers but this version is lighter and less oily. 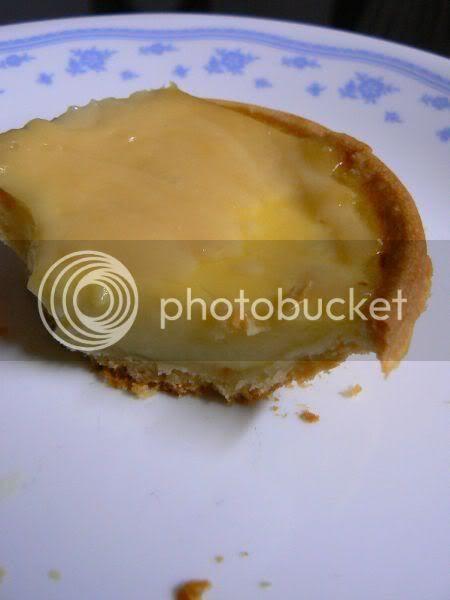 I also bought the Durian Tart (RM2) which turned out to be just an egg tart topped with durian paste. The aroma of the durian is quite strong hence it is ideal for durian lovers. Both tarts were eaten late at night as I had packed them home. Even though cold the tarts were nice and would have been better eaten warm from the oven. Quite a lot of people seem to buying the tarts. They also will be serving birds nest tart, aloe tart in the near future.

During my visit here, I walked around and noted what had opened. Strange but I only counted 27 places but maybe I missed a drink stall in the middle. If you wish to try other items, they have:

Gulp! Snake??? Must be a gift from his enemy huh?

Everything looks good, especially oyster omelet which suprisingly only costs RM7 in Pavillion? The egg tart looks good too.

Oh gosh!! This list came in on time.... am compiling all these info when am down in KL for Christmas with my family. Thks!!!

Food Republic is huge in Singapore. The hokkien mee and toastbox are some of the favourites there...the queue can get very long for the hokkien mee! I'm glad I can find it in KL now (complete with opeh leaf too!)...

Boo...u r super fast!! The tenants mix have a bit similarity with the one in Singapore... can't wait to try soon!

wow. do you take along a notepad and pen to jot all these down?? i know i do on my food trips *blushes* anyway, thanks for the list. really helpful!

Hello Boo! Thank you for the review. What a lovely new place to eat. The buttermountain shape is look like a obscene thing.

the toastbox,
the toast is nice with melted butter and kaya served with softboil egg and kopi kaw...

Oh! when I was there 2 weeks ago, it was not opened yet.. wow.. Lots to choose from! So... heading there when I've the time.

Too bad my favourite Ba Chok mee is not there. Well, can always go to eat in Singapore when I'm there to visit my sis.

*gasp*
That looks like a branch of the yummy Hokkien Mee stall in the
Food Republic in Singapore!
:D

Must try it soon!
(Thanks for pointing it out)

boo, thanks loads for the update. last i was at pavillion, food republic was not opened yet. now i know what to look out for ;)

u actually counted all the stores... cool ~
love the look of the Oyster Omelette
^_^

Thanks for the guide! Woot!

precious pea - hee hee, no idea where the snake came from. Yeah the oyster omelette is the same price as the stalls so not bad.

new kid on the blog - cool! Hope it helps you find good food.

Nic - ah, time for you to make a trip to Pavilion I guess. The hokkien mee is yummy.

Jackson - would think they will keep the same mix.

yilingl - notepads are handy, if you're lazy can even snap pixs to remember

Yati - oooh, sounds very good. Must try that too.

Christine - places in these new malls keep opening every week. Think they were rushing for the Deepavali hols.

Simon - the place is pork free so I guess no Bak Chor Mee.

J - hope it is the same one. The mee is super yummy.

Sc - this will be ideal for those searching for a quick bite.

i really enjoyed heading to food republic in SG (both at Wisma and Vivocity) so I'm glad to hear they are opening one in KL too!

daphne - u'll find lots of Spore items in Pavilion so no need to go down anymore.

I'm sooooo interested to try that Oyster Omelette, looks so delicious. One thought, I suppose the food court over at Pavillion is pork - free, but is it halal?

a yasir - I didn't see any halal signs from the authorities so I think this means they are "pork free". If you are worried, give them some time to get the halal certification.