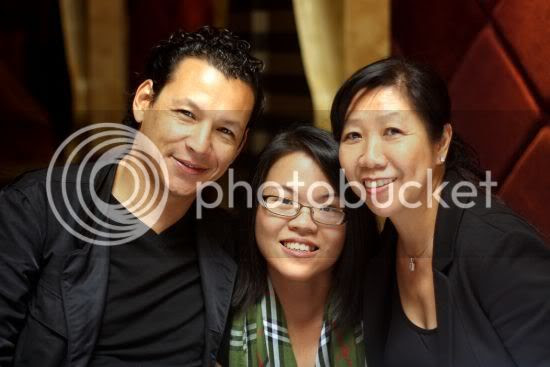 Bobby Chinn with his fans, competition winner Jovin and Queenie
TLC (formerly Discovery Travel & Living) recently held a special dinner to introduce their latest foodie adventure, World Cafe: Middle East that hits our television screens (Astro Channel 707) today at 10pm. Hosted by Bobby Chinn, a man we're all familiar with for his gallivanting epicurean eats around in World Cafe Asia, the dinner was a small intimate affair with just Kyspeaks (with Haze) and a group of very lucky competition winners including Jovin who had flown in specially from Penang. 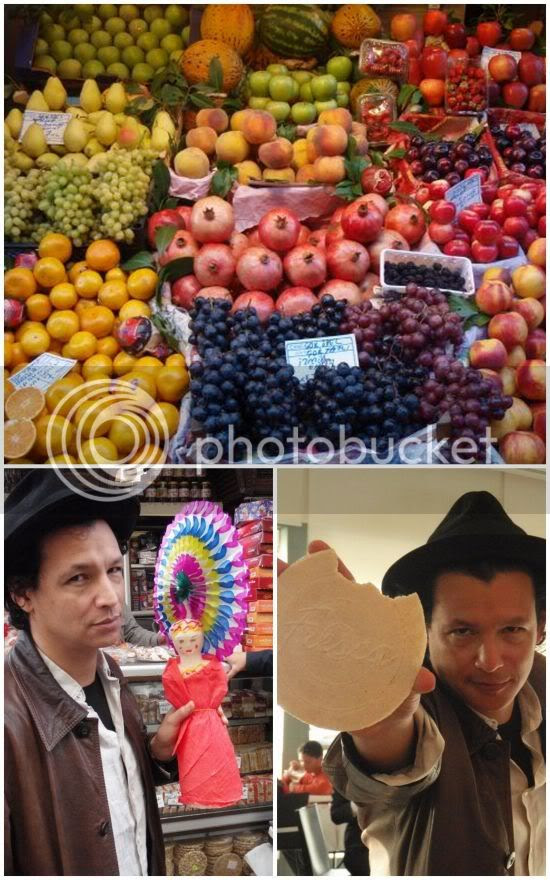 According to Bobby, the Middle East believe Adam & Eve ate a pomegranate (vs an apple) in Eden, the childhood cookie, rock candy with pencil lead - pictures are courtesy of TLC
Befitting the Middle East theme, dinner was at Al-Halabi Lounge located on the lower ground floor of JW Marriott Kuala Lumpur. The place which is run by the people who own Tarbush was packed with Middle Eastern tourists who loved the opulent design, easy lounging chairs and etc. While the food wasn't very enticing (only the bread and hummus was good while the rest was very ho hum), we were all there to hob nob with the infamous Mr. Chinn who has a larger than life personality. 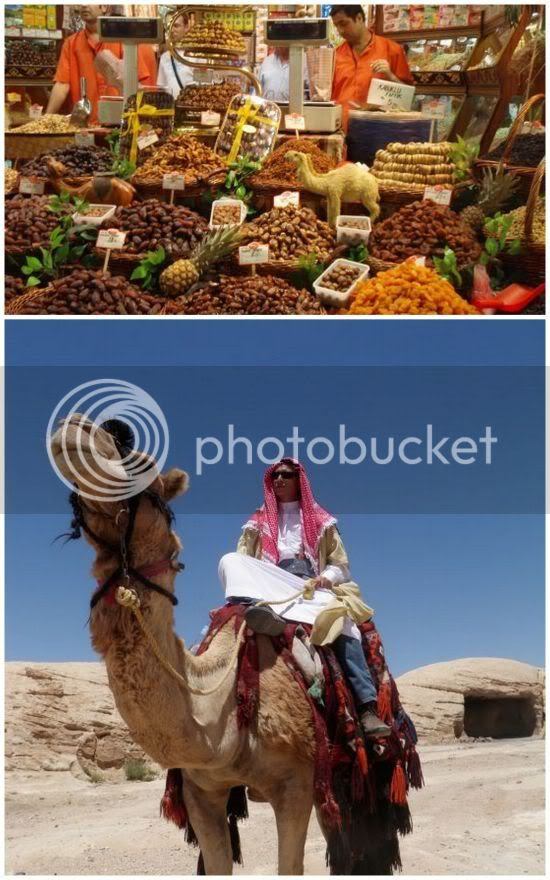 dates, dates, and more dates, Bobby does his best Lawrence of Arabia impression - pictures are courtesy of TLC
The show is kinda personal to him, since he can trace his heritage to Egypt where he was born. For each episode in this third series of his show, he introduces recipes, history and delves deep into the culture. The Middle Eastern cuisine also covers a broad scope due to the climate and culture. Persian, Levantine, Turkish and North Africa has also influenced the Middle Eastern cuisine. 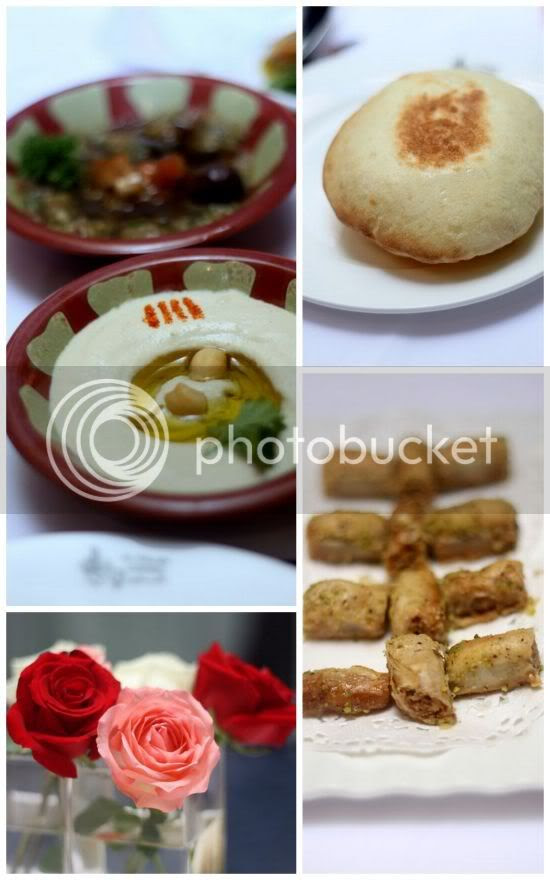 Hummus, fluffy bread, baklava, pretty roses from Al-Halabi Lounge, JW Marriott Kuala Lumpur
Bobby's travels cover Istanbul, Damascus & Aleppo, Jordan & The West Bank and finally Cairo & Alexandria. Each episode is one hour (versus 30 minutes like before) as Bobby wanted to highlight more interesting stories. He shared that they used to cut out so many interesting stories for the World Cafe Asia series due to the lack of time.
His journey starts in Istanbul, the crossroads with Eurupoe where he explores food like kebabs, pilafs, filo pies that all originated from the Ottoman Empire. Damascus & Aleppo is next, where Bobby breaks bread (with his head) to make breadcrumbs. Damascus is also the oldest city in the world. At Aleppo, this is the last part of the spice trail hence the abundance of spices there. Jordan & West Bank is next where Bobby dons the Lawrence of Arabia garb and gets up close and personal with a camel. He also visits date farms and olive groves and explore Palestinian food. Then comes Cairo & Alexandria, where he got some family time with his cousins. They were there during Prophet Muhammad's birthday, which the Egyptians celebrate by giving the kids candy. He is pictured with rock candy and a big frown as they had inked the eyebrows in with pencil lead that is poisonous! Bobby also gets to relieve childhood memories by trying a thin cookie from his young days. He also introduces ful medames (made from fava beans and garlic) and melokhia, a soup made wih Corete, a vegetable native to Egypt. Incidentally, I've eaten that vegetable as they sell it in Justlife under the name mulukhiya.
It was great fun dining with Bobby and meeting some new people like Jovin from Penang and Joelynn from Kuala Lumpur (who has read about the blog before!). Thanks to TLC and Compass Communications for making the arrangements.
Don't forget to tune into Channel 707 (TLC) tonight at 10pm for the first episode of World Cafe: Middle East. The show also repeats on Tuesdays, 4pm and Saturdays, 2pm. For more pictures, see the Flickr set.
Posted by boo_licious at 8:33 AM

Wah. What a night.. :)
(LOL. At first when I saw the title I was so super duper excited n happy for u thinking: WAH. She got to fly to the middle east and dine with Bobby Chinn!!)

gosh, y'know, i've never managed to watch any of bobby chinn's shows before. i'd blame it on the fact that i don't subscribe on astro, but i guess i should just look for his clips on youtube :D

Ahaha.. I didn't fly down actually. I took the bus down, though it's call Aeroline. :P

For some reason, i tot you were in the middle east with Bobby Chinn hahaha! Looks like good food.

was definitely a great session, the guy's so friendly too!

Devil wants to go to Egypt next year... the pics here certainly goes a long way in getting me to support that decision! :)