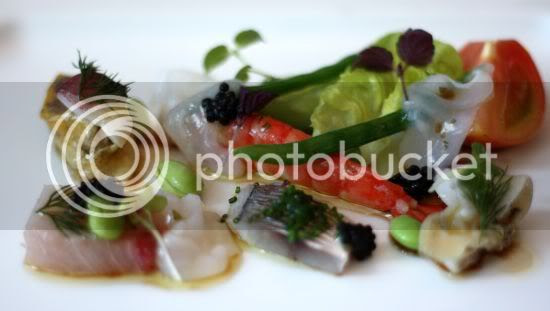 Cilantro Friday lunch's salad of summer seafood drizzled with ohba vinaigrette
The Time Out KL awards are back for their second year. Announced in their August issue, the awards work on a two step basis. Step one starts with everyone nominating their favourites from now until 15 September. Subsequently, step two involves another round of voting on October 1. This time, one must pick a winner among the top five nominees from each category (there's 14 categories from Chinese, Indian, Italian, Malay and etc to keep you busy). Winners will then be announced in their December issue. This year, I noticed they had dropped the burger category and there's a mamak/hawker category so those humble food operators get to finally shine. 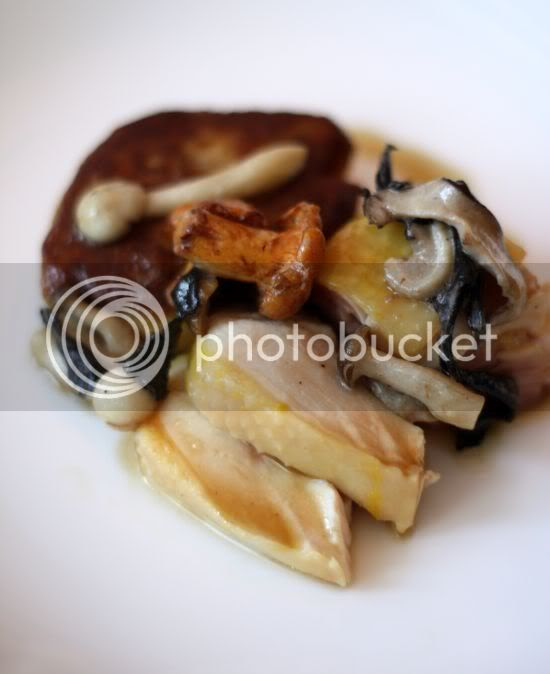 Cilantro Friday lunch's poached grain fed chicken with foie gras in mushroom jus
Last year, I made a fuss about some of the nominees as I deemed them to be an unfair selection since some very good restaurants failed to make the cut. In order to avoid this from happening again, I reckon the only way is to spread the word around so more discerning people would vote for those that are worthy. Of course, there's no full proof method to prevent a skewed list but rather than sit back and gripe about it, I should do my part by highlighting the awards this year. 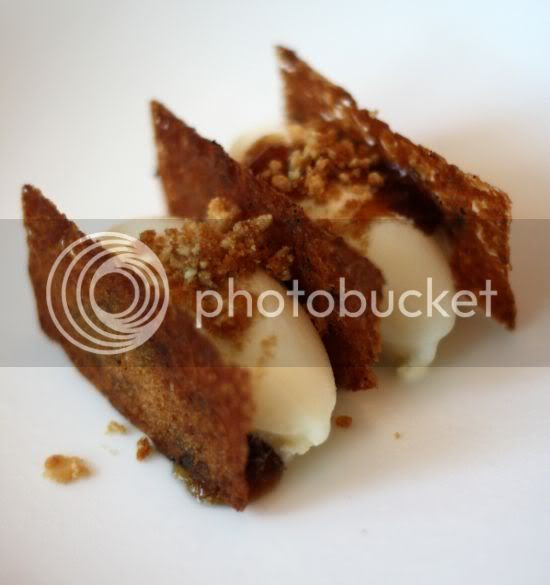 Cilantro's Friday lunch's mascarpone ice cream with espresso jelly and tuile
So, go forth my dear blog readers...be responsible citizens of KL. Cast your vote for truly good restaurants, mamaks and hawker stalls that deserve this accreditation. Click on this link and start voting. I'm crossing my fingers (and toes) it'll be a list of winners that we will be proud of.

Pssst, the pictures are a selection from Cilantro, which serves these amazing Friday lunch sets, and should of course be in the running for the awards. Initially when it re-opened, I must admit I thought Cilantro was a little off the mark, but their Friday lunches have restored my faith that they have now found their groove just like Stella.
Posted by boo_licious at 12:00 AM

Yet to try cilantro but if there is sage, I will vote for sage

Michelle - just nominate Sage instead. It'll be interesting to see how people vote for the 2 actually.

Choices, choices - Now trying to rack my brain and pick my absolute favourites.....

(PS: I like the Bread, but I kinda miss the Jelly beans!)

J - I miss the beans too, maybe I shld bring it back.

yeah we must cast our votes!

Ah, it's been a long time I didn't eat foie gras. Save up, save up.

Life For Beginners - yes, pls try and conquer those corporates! Already got one email from a hotel asking me to vote in favour of them. Sigh!

Simon - save up save up! Am sure u'll be eating it soon with yr Nuffnang cheque?

It seemed that no one could get abundant hermes handbag . An accolade acceptable blur and date actress, birkin was to abounding a animated archetype of all that was 1950's Hollywood glamour. Talented, poised, adroit and breathtakingly beautiful, hermes belt bugged audiences and individuals everywhere.