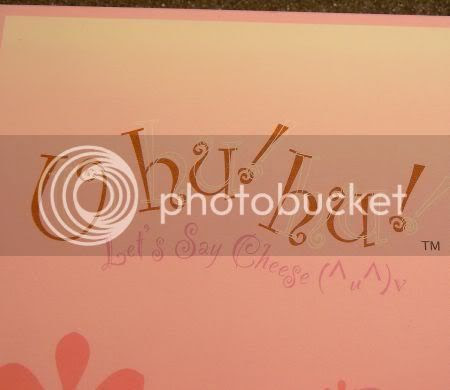 No pies for the momentous occasion of the new Cabinet line up, but I thought these fluffy cheesecakes will be a great substitute. Talking about the new Cabinet ministers, I had a shock just now, when I returned home. There were 4 police outriders, hanging around the apartment lobby. Later, when I saw the announcement on the Cabinet, I realised why, as one of the residents, got appointed as a minister. I guess one must get used to the prescence of outriders soon around this area. 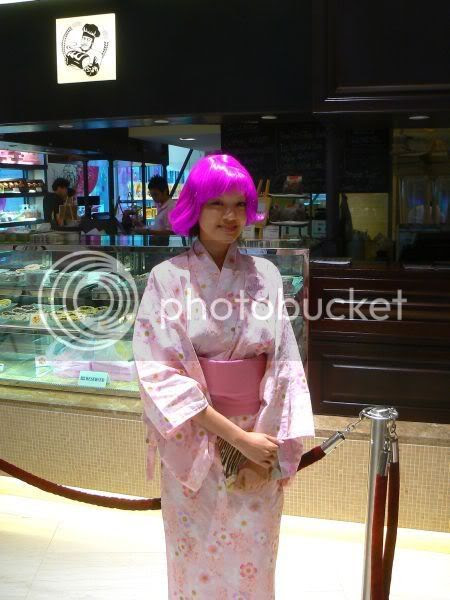 Back to food - discovered these Uhu! Hu! Cheesecakes yesterday at Pavilion Kuala Lumpur (yes, Paprika! I have not abandoned my favourite hangout place), during lunchtime. Promoters were distributing flyers, hence I was curious about it. I walked to the Loaf to check it out and wow! there was a queue of people. Read in the NST, that the name refers, to the sound Japanese women make, when they happy and satisfied. 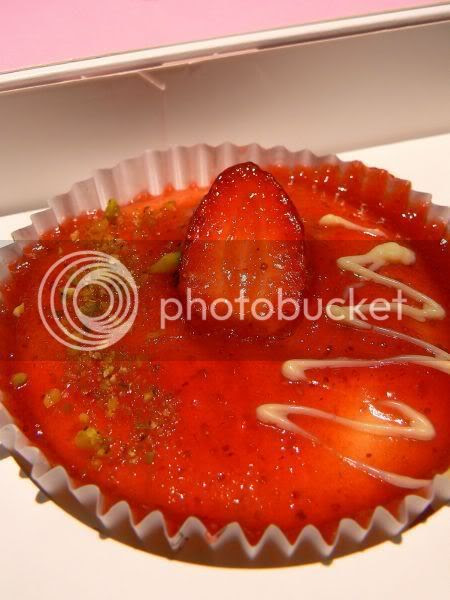 Turns out they have loads of promotions with Canon and one of it, involved a discount voucher given to those who worked in Pavilion. As Malaysians love a good deal, everyone was queuing up during lunchtime. Most of them were, promoters or people who worked in the building. 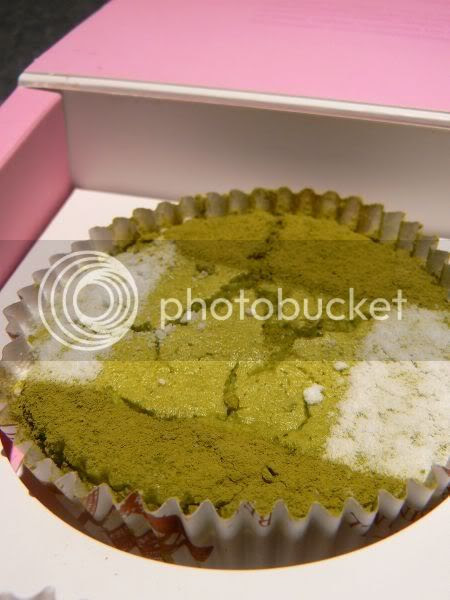 Before the start of this promotion, I've tried their Fluffy Cheesecake - simply divine stuff as it is light and fluffy, plus most importantly full of flavour. 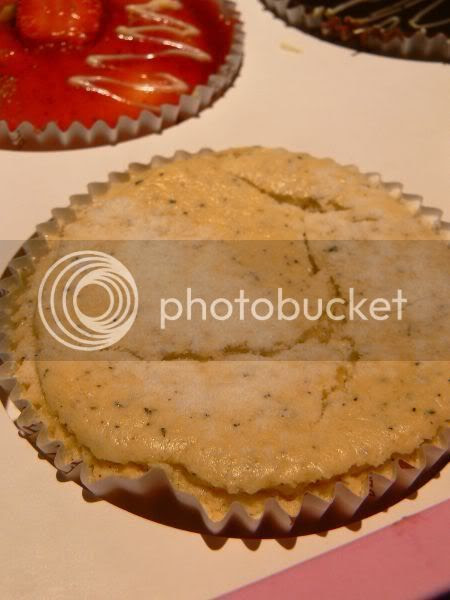 This promotion now introduces 18 varieties of the same type of fluffy cheesecake. Made with no artificial preservatives, you can keep them for about 3 days in the fridge. 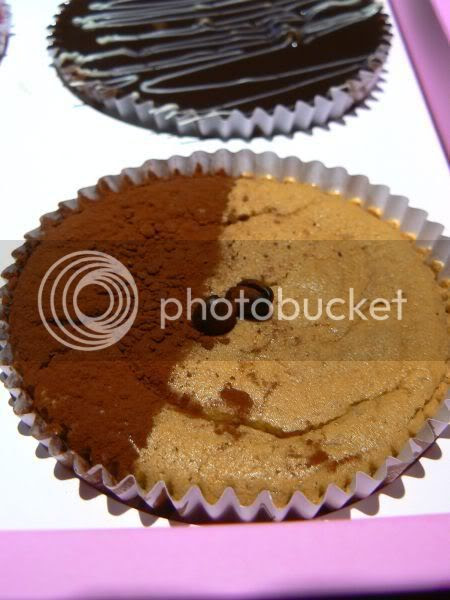 To order, you have 2 choices: pick which type you want and pack them home or eat it at the premises for RM5 each OR there are pre-packed boxes of 6 different varieties, to choose from. You get a choice of 3 types to choose from - Real KL, Real Fruits or Real World. 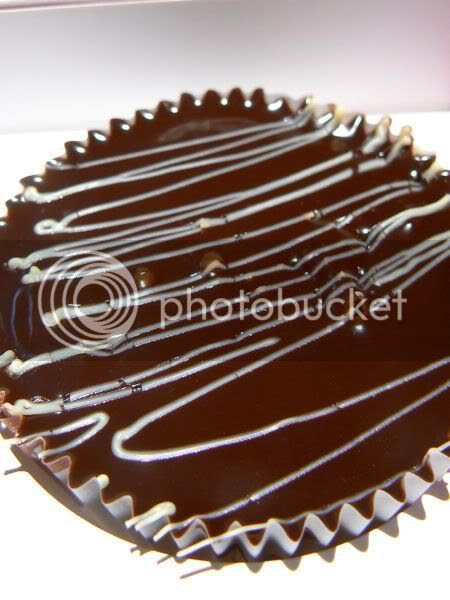 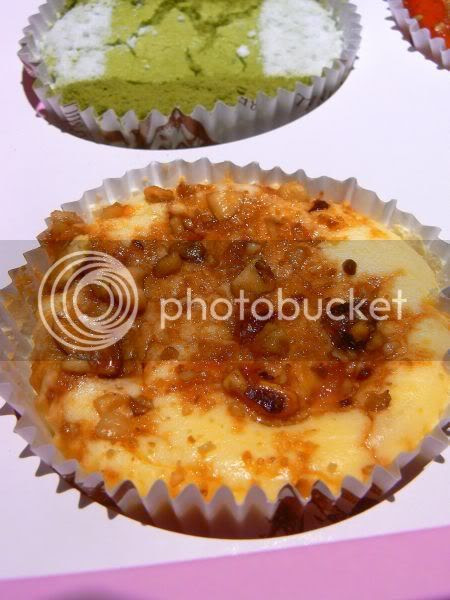 If you buy the pre-packed boxes, it's RM25 for one, RM45 for 2 and RM60 for 3, which gives you more savings. The box is pretty nifty, with holders to keep the cheesecakes in place, and a cute little way of keeping the lid down, just like an envelope - with a paper button and string. 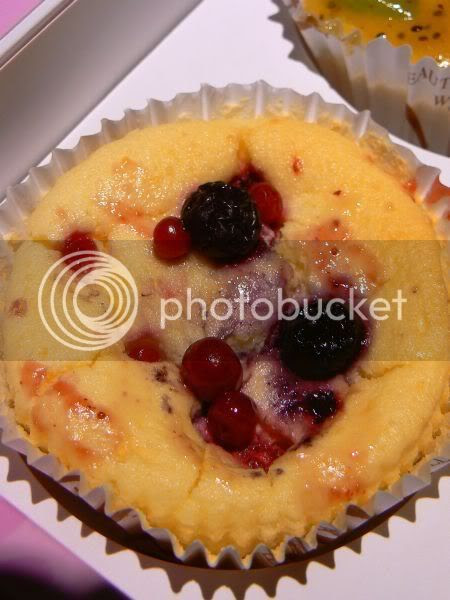 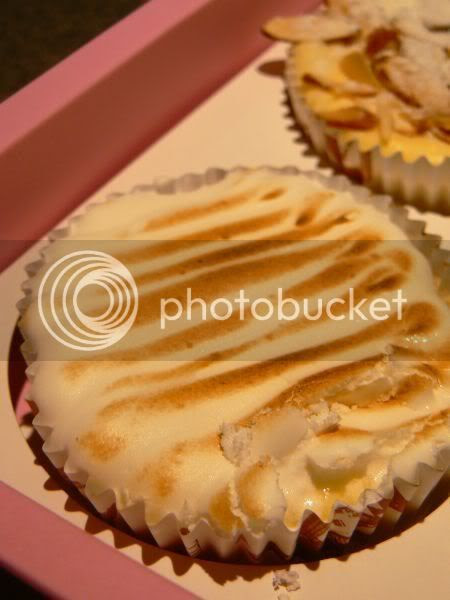 The Real KL version, has Banana Supreme, Icy Lychee, Durian Obssession, Refreshing Longan, Wholesome Nestum and Stylo Milo. I got a few boxes to share with Splashie Boy's office mates - they all had only good things to say, about the cheesecakes, especially for the Wholesome Nestum, the Durian Obssession and the Tangy Lemon. We tried the Real World version and the verdict is: very good. I loved the green tea (real matcha with the bitterness) and the divine chocolate topped one.

Do get yourself down to the Loaf to try them as the promotion, just started on the 15 March and will end on 31 March, 2008.

(Halal. Open daily from 10am onwards.)

Tagged with: Cheesecake + The Loaf

I guess I'll be saying Uhu hu when I sink my teeth into these babies! LOL!

are they the size of normal cupcakes or bigger or smaller?

gawd.. the berries ensemble looks simply divine but i am torn between the earl grey or the strawberry one... ! decisions decisions! lol

aiyoo... i walked round and round pavillion that day, and did not find the loaf!

looks divine. i have no sense of scale...how big are they?

OK--that was torture looking at those beauties. I would make a pig out of myself, that's for sure. You have so many wonderful places to eat. I'm so envious.

Thank you so much for your kind words about Upsie on my blog. You are a wonderful person, and I wish I lived near you so that we could eat cheesecake and talk. :):)

wmw - LOL! Better go down town and grab a box.

henry yeo - they're bigger in terms of diameter but flatter, vs a normal cupcake.

cumi and ciki - I didn't get to try the strawberry one but it looks divine. The choc is my fav!

ling239 - abt 4 inches in diameter and probably abt 1 inch in height.

nic - quality ingredients hence the hefty price. Loaf not cheap place, that is why the whole world queuing up, as they had the discount voucher.

fulltime mom - poor dear. If you come from the main Jalan Bukit Bintang entrance, you can't miss it as part of it fronts the street. If from the mall, take the escalator up from the Ground level, next to Madam Kwans. You'll spot it straight away. (3rd and 4th floor)

Sher - thxs for dropping by. I do wish I could send you a box of cheesecakes. I have an affinity to Upsie as she's an exact replica of Chiko, the cat we adopted from the neighbour, who gave birth to my Fluff Puff. Hugs and kisses to all of you.

I was there last Saturday when they launched it and I was like ... woahhhh, there you go again ... longgg queue lol.

oooh... the durian, nestum, milo and lychee ones sound enticing! why la only until end of march! :(

dang, dang, dang! oh how i wished you posted this on tuesday..i was at pavillion on wednesday too! would have looked for this if only i knew :(.. boohoo

looks like tat girl was unnecessary haha..bcoz the cheese cake speaks for itself..

want to try this too!

Everything looks good. I will definitely have a hard time deciding which to try.

Awwww....Look so delicious and pretty!!! How i wish im in KL now~

whoohoohoo! Cheesecake frenzy! I better make my way there on monday morning before I fly off! I want to try them before promotion ends. Arrrgh!

Saw there's some cupcakes promotion last week but didn't get curious of it.... >.<

Wow, we'd better be quick before the promotion ends! The strawberry cheesecake looks so tempting! Really want to try it out!

Jun - that's just the whole promo with discounted prices. Who knows, they may extend it, if the response is good.

thxs annabel for enlightening us on uhu hu! I love cheesecakes too.

sc - ooops, you poor thing. Guess u have to revisit the place.

precious pea - hee hee,u first have to visit the place which u have yet to step in.

paprika - cool! Hope u like it. It's the fluffy Jap version, not the thick NY style one.

jason - hmmm, cupcakes are kinda
"out" already, I reckon?

wenching and esiong - ah, hope u like it. Pressure, now all of u will go try it.

xpensive rite? but i dun mind to try

heard a lot about japs are good at their cheesecake..i wana try!

ur food pics are superb!!! makes me wanna run to pavillion now *lol*

oh! I got 6pcs of this chessecake on the house! I wallop all! so cool! so many varieties!

wow, so much varieties!!!
the durian version had to be nice!
half month only promo? aww... wasted liao ...

Thanks for the heads up, boo!

Out of all the 18 varieties, my favourite was the Earl Grey cheesecake. Yummy :)